Retirement Challenges for Latinas in the United States 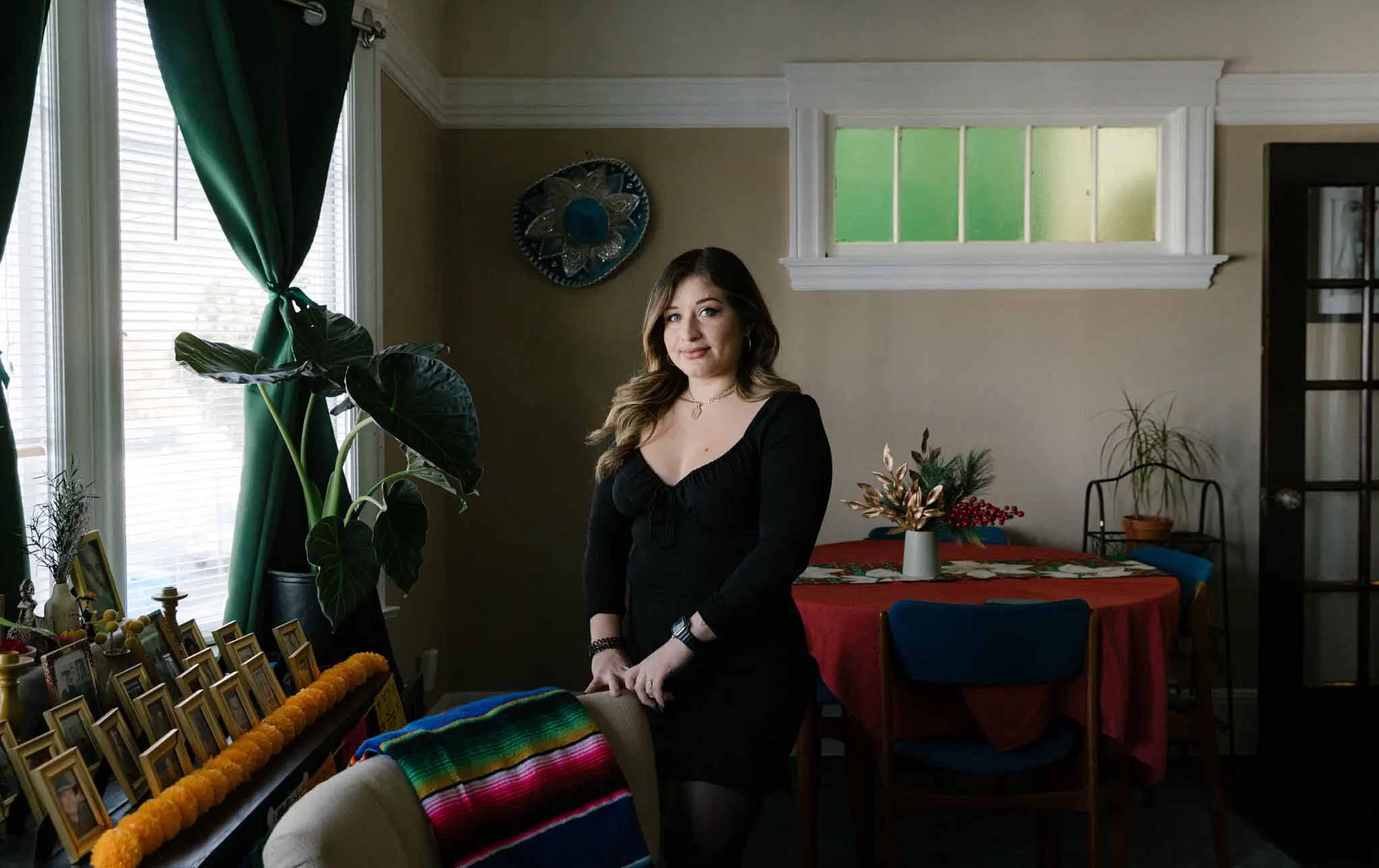 New York.– Before Lupita Uribe’s wedding in 2020, she told her would-be husband that marriage was not in her future unless he agreed to two promises she made to him. The first is that he wanted to continue living in San Francisco, the city where he grew up and where he works in internal communications for Twilio, a software development company. And the other is that his mother will eventually move in with him.

“I always say I’m my parents’ retirement plan,” Uribe, 29, said. As Latina, she says she knows that caring for older family members is part of her culture and that it is non-negotiable. But making the project she is working on financially viable could face challenges.

Last year, the Institute for Women’s Policy Research found that compared to all other racial, ethnic and gender groups, Latinas earned the least. They are also more likely to work low-wage jobs without a bank account, or to have no bank account and no pension or retirement savings plans, reported Judy Chapa, a financial educator who collaborates with the Latina Savings Project. Lasted for two years. The research was conducted with Mana, a Latina advocacy organization, and a nonprofit group, the Women’s Institute for a Secure Retirement.

Since Latinas are one of the longest-living demographic groups (according to the Centers for Disease Control and Prevention, Hispanic-American women can live as long as 84, with only Asian-American women living to 87), The consequences of low wages and lack of access to savings opportunities in the workplace are many. According to the Social Security Administration, increased life expectancy poses a challenge that translates into a greater financial burden in old age. Overall, 42 percent of women who receive Social Security benefits depend on it for more than half of their income, according to the administration.

Experts said a number of issues contribute to Hispanic women’s low collective wealth. There is a significant wage gap between them and other demographics: They earn 57 cents on the dollar compared to white men, a larger gap than white and black women. Over a 40-year career, that breach has cost her more than $1.2 million, said Jasmine Tucker, research director at the National Women’s Law Center. Tucker says this gap is compounded by taking breaks from work to care for children or elderly relatives.

In some households, traditional gender roles can make Latinas dependent on their spouses and thereby reduce their financial security, said Fernando Torres-Gil, director of the Center for Policy Research on Aging at the Luskin School of Public Policy at UCLA. Latino Policy and Politics Institute. “For many of them, the hope remains that the husband will give them a long and happy life,” he said.

Uribe’s parents immigrated from the western Mexican state of Jalisco when she was 6 years old. They were divorced the year they arrived in California. Both went to university before emigrating, Uribe said, but did not double-verify their degrees and ended up working in the service sector. Uribe’s mother worked as a private housekeeper, while his father worked for AAA for years and now owns and operates his own roadside assistance service in Sacramento. Though he remained debt-free, he could not accumulate enough funds for retirement.

Uribe said he understood why it happened. “What my parents did was deposit money into their bank accounts, but that’s not what allows you to grow wealth,” he said. His mother, for example, “has no idea how a 401(k) plan or a Roth IRA works,” Uribe explained, because he never got a chance to meet her.

Uribe said he didn’t know much about those investments until he started working at Twilio. “When I got a better paying job, I was able to think about my future instead of focusing on my immediate needs,” he said. “I felt like I had to be smart in order to make money in the future.”

That experience prompted me last year to contact Valerie Rivera, a certified financial planner and founder of FirstGen Wealth in Chicago. Rivera knew immediately that he wanted to work with Uribe. “Often my clients are the first members of their families to be born in this country,” he said. “Sometimes they’re the first to go to college or earn more money than their parents.”

Torres-Gil said she was seeing that trend in her own work. “We are seeing an increase in the proportion of Hispanics pursuing higher education,” he said. “Most are women. And it doesn’t matter if they’re first generation or second generation. They’re recognizing that they have to fend for themselves first, and are more likely than previous generations to invest or invest in 401(k) plans.” more likely to reach.

Most of Rivera’s clients are in their 30s and 40s and are college professionals. Some people regularly send money to relatives in their parents’ country. Many are like Uribe, who is planning how to start a family and save money for his own retirement while taking care of his parents.

Uribe said his goal is to buy a bigger house to raise the children with his mother, a wish Rivera hears often. For Latinas, “our retirement is not just our retirement,” she said. “Culturally, for the most part we don’t send our relatives to retirement homes. Family stays with family.”

The commitment to care for elderly relatives is a particular challenge for Latinas who are nearing retirement and who have fewer resources. Azucena Guzmán, 46, is the owner of Mary’s Flower Shop in Brooklyn. He and his brother, who live nearby, share the responsibility of housing and financial support for their 70-year-old mother. Guzmán’s mother has some health problems, such as diabetes and arthritis. And she doesn’t get Social Security benefits, because she didn’t have the documents until a few years ago. But he still works for extra income. “She collects plastic bottles to get money,” Guzmán said. “Sometimes she calls her family in Mexico so they can send her something she can sell here, like handmade bags.”

Guzmán has no savings and doesn’t expect to be able to save money for his own retirement anytime soon. Instead, her financial focus is paying off a $28,000 government loan that kept her business from closing permanently during the worst of the pandemic. The interest rate is low, he said, but with that much obligation he has trouble thinking about retirement. She worries about paying for health care emergencies. “I didn’t feel as good as I did when I was 20,” he said. “But I need to do something for my mother and myself. That’s my concern”.

Inspired by situations like Guzman’s, Cindy Honsel, president of the Women’s Institute for a Secure Retirement, started the Latina Savings Project in 2017. AARP helped fund the program, which offers financial education workshops and encourages Latinas with low and moderate incomes to save and invest. as little as $20. According to Honsel, the first few years of the workshops showed positive results: Three quarters of participants had the opportunity to open a savings account at a registered local credit union. Most successfully saved during the six-month period following enrollment.

Despite the advances, Latinas can feel a bit lonely in the financial sector. In her 15-year career in financial services, Rivera said she has met very few certified financial planners who are Latina. Before FirstGen Wealth started, “I was always alone in the large wealth management firms I worked for,” she said. “It’s a terrible thing.”

Because Latinas are still over-represented in low-wage jobs, Torres-Gil is trying to impress upon her 20-something students the importance of social programs aimed at lifting women out of poverty. “We have to reinforce to them the importance of maintaining Social Security,” he said. “Because many people know it’s important for the elderly, but they don’t realize they’ll be getting those checks in the future, too.”

The academic says it is encouraging to see a growing number of national groups working to improve the prospects of Hispanic women of all ages. Awareness movements aimed at exposing discrimination also give her hope: Equal Pay Day for Latinas, for example, sponsored by a consortium of advocacy groups to close the racial and gender pay gap, celebrates Thursday. .

Uribe, for his part, said he feels well rewarded for his work. Earlier this year, she received a bonus that got her thinking about investing the money or spending it to expand a family property in Mexico that her relatives use. So she went to Rivera for advice.

“We decided to invest it in the market,” Uribe said. “Since it’s so short, it makes more sense to do it now for the long-term benefits.”