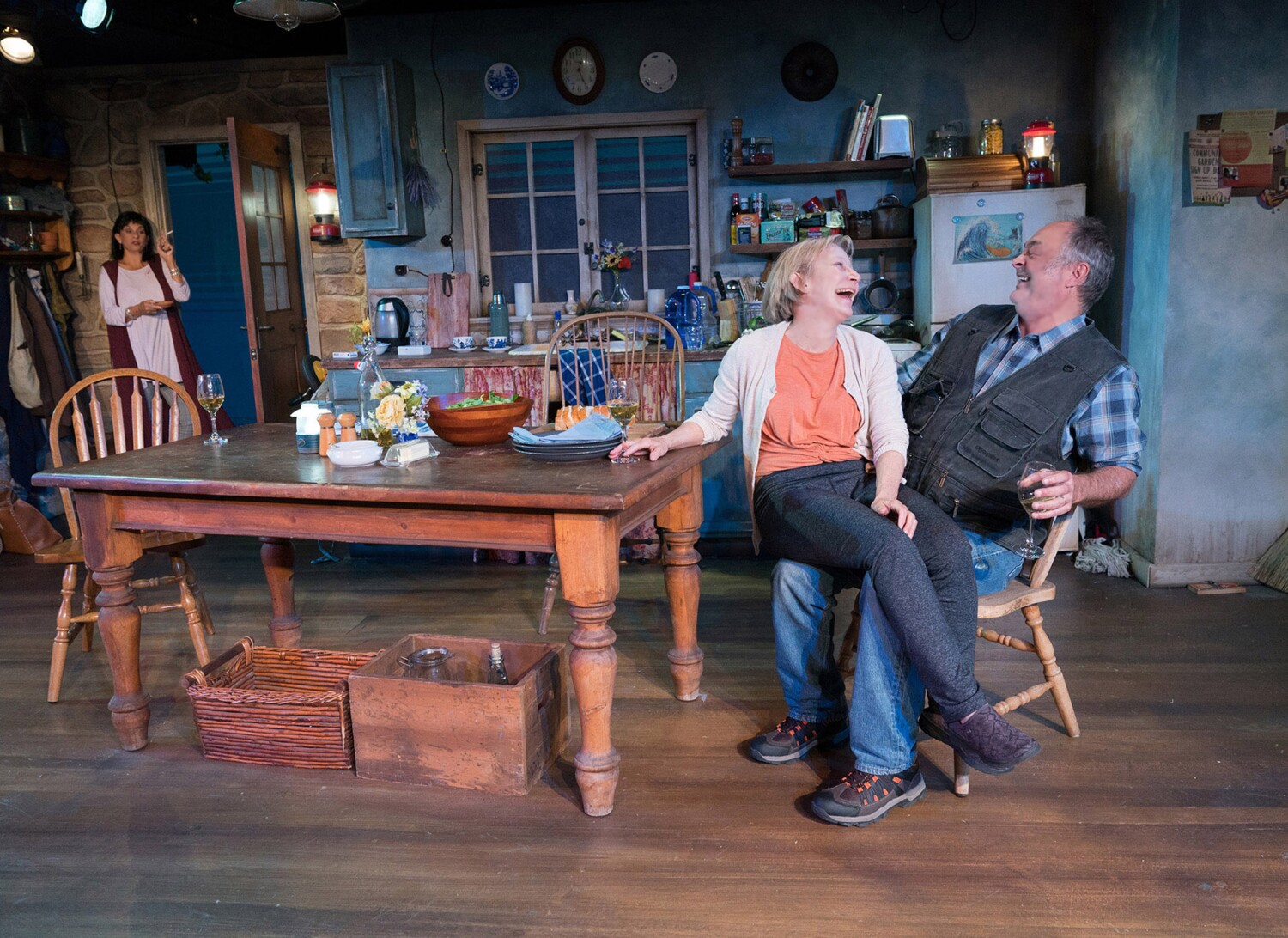 The play, which will premiere at the Fountain Theater in Los Angeles (running until January 23), follows a growing disaster that strangely resembles the sequence of events leading up to the 2011 nuclear disaster in Fukushima, Japan. It’s a tricky topic, but the drama has a very strong focus on the frank small talk of its characters.

The Children are set in a rustic kitchen in a seedy house on the east coast of England, where a series of natural disasters have sparked a man-made horror that is still spiraling out of control. Over the course of a lengthy and sometimes entertaining talk, Kirkwood reveals the convoluted backstory of three scientists who, in good and bad relationships, have proven to be the models of their generation of baby boomers.

Long-married, Hazel (Lily Knight) and Robin (Ron Bottitta), retired nuclear scientists, took up residence in a cottage with temperamental plumbing after their neighboring house was flooded by a tsunami. Rose (Elizabeth Elias Huffman), a nuclear physicist once romantically involved with Robin, mysteriously appears at the couple’s door after a 38-year absence.

The cottage (whimsically executed in a picturesque design by Andrew Hammer) is a little further from the so-called “exclusion zone” than the farmhouse Hazel and Robin, which they decided to leave, with pets and everything else. The cows are a source of serious concern for Robin, who is reportedly grooming them when Rose arrives with a bloody nose that appears to have been from an accident involving Hazel.

Kirkwood, a talented British playwright best known for his 2013 play Chimerica, provides hints and hints that other writers could provide in a straightforward manner. The 2018 Tony Award-nominated Kids are inspired by Harold Pinter’s cryptic style, though the dialogue is less intense and the threat looming over the characters is a little easier to track down.

Kirkwood excels at creating characters that audiences want to know more about. We cling to every word in Hazel and Rose’s broken conversation to better understand not only the tense situation they live in, but also to deal with the tension that builds up from their shared past.

There is a lot of fuss inside the house. The electricity is cut off, so Hazel is forced to serve tea from a thermos. She makes a salad and tells Rose how they survive, in what she says is a “one-in-ten million year failure sequence” involving a nuclear power plant.

Hazel asks if Rose came to this part of the country to share her experiences in the recovery efforts, but Rose declines the offer. Only after Robin arrives does it become clear why she is here. Rose has a request to her former colleagues at the power plant – a request that clarifies their responsibility to repair the damage they’ve had a hand in, even if it comes at the cost of their own lives.

The characters’ personal and professional lives are not easy to untangle. Rose, a cancer survivor, is single and childless. Hazel and Robin have four grown children, one of whom seems to be struggling to clean up his life.

The characters’ attitude towards the future is shaped by these personal circumstances. Rose smokes, Hazel is obsessed with yoga, and Robin drank too much at parties and stalked beautiful women.

Kirkwood provides this information to encourage us to take a closer look at the relationship between individuals and society. The world that Hazel, Robin, and Rose helped build – a world in the midst of ecological collapse – they will sooner or later leave behind. What do these still living seniors owe future generations?

The title of the play alludes to caring for posterity, although Kirkwood finds playful ways to point out the immaturity of these gifted scholars whose skill has taken a toll. Robin enters with a tricycle, which he eventually rides around the kitchen in a moment of hoarse frivolity that begins to bother much later, when the Geiger counter goes off.

When Rose is using the faulty bathroom, Hazel, who understands the internal mechanisms of nuclear fission, anxiously asks if she did “number one or number two?” After a couple of bottles of Robin’s house wine, the characters transform into an angry school love triangle. Childishness, which should not be overstated, hints at something low about these otherwise capable adults.

At the Royal Court in London, where I first met The Children, the performance was a feast for the sophisticated cast of British stage veterans. Francesca Annis, Deborah Findlay and Ron Cook, led by James MacDonald, gave a master class on acting that never lost its realism.

The Fountain directed by Simon Levy works best when it is based on quiet psychological details. The naturalness of Knights Hazel, a mother with a college degree in a subject that transcends most mere mortals, lends a cozy affinity to an apocalyptic tale.

In a more flamboyant role, Rose Huffman delicately balances the earthiness and vulnerability of her character. Bottitta is too loud, like attention-seeking Robin. But in less insane moments, he digs deep under his character’s skin.

Levy loses control as the play moves to higher theatrical stages. The nostalgic dance sequence (set to the Dubi brothers’ classic Hear the Music) leaves the actors in a quandary. The lyricism that combines with some of the yoga moves at the end of the drama also misses the mark.

But the radioactive dilemma underlying Children’s selfishness of generations and sacrifice is powerfully passing away. After staging Branden Jacobs-Jenkins’ open-air theater in Octone, The Fountain boldly continues to show audiences in Los Angeles important contemporary pieces that the city’s major theaters still lack the courage or vision to create.