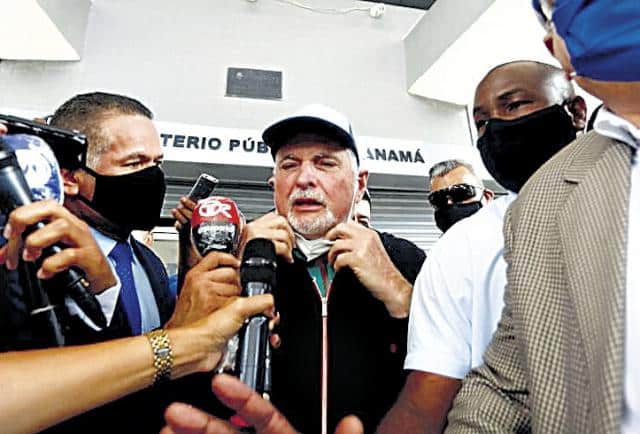 Former President of the Republic Ricardo Martinelli, who aspires to be the presidential candidate of his Realizando Metas (RM) party facing general elections scheduled for May 5, 2024, is currently facing judicial procedures that may disqualify them, but the factor is time which plays in your favor as well.

Currently, Martinelli is leading with 30% of the vote in the late 2022 presidential election, according to Gismo Services.

However, he faces the well-known high-profile cases “Odebrecht” and “New Business”, which may disqualify him depending on the legal timing.

With regard to the Odebrecht case, accused of the crime of money laundering, it was submitted for a preliminary hearing for 12 days, with former President Juan Carlos Varela and former officials of both governments called for trial.

Preliminary hearings that began on September 12 and ended on the 28th of the same month, in which Judge Baloisa Marquínez, Third Liquidator for Criminal Cases of the Third Judicial Circuit of Panama, heard arguments from defense attorneys and the opinion of prosecutor Ruth Morcillo Announced the summons for the trial of former President Martinelli, whose trial dates were set from August 1 to August 18, 2023, and September 27 to October 17, 2023, as an alternate date.

In the New Business case, the judge, Baloisa Marquínez M., through Order No. 23 of December 9, 2022, ordered the summons to trial of Ricardo Martinelli, former President of the Republic, for the alleged commission of an economic crime of money laundering order as.

The date of the main hearing was fixed from 17th April to 28th April, 2023, and from 23rd May to 5th June, 2023 as the alternate date, both hearings at 9:00 am. The personal technical defense of the former President of the Republic does not appear.

One of the requirements established by the current Electoral Code is that in order to be able to run for the offices of President and Vice President of the Republic a citizen must not have been convicted of a willful crime with a custodial sentence of 5 years or more, a miscarriage of justice. Through an enforceable judgment delivered by the court”.

Will the legal time move forward on the dates Martinelli faces for the trial, which will prevent him from becoming a presidential candidate?

We consulted with attorney Alfonso Fraguella, and he explained that legal time is too compelling to try to get everything done before the date each party’s presidential candidate is elected.

The Realizing Goals Party set its presidential primaries for June 4, 2023, and former President Riccardo Martinelli will be the standard bearer of this political group.

Fraguela believes that the judicial processes that have advanced former President Martinelli seek to disqualify him from the May 2024 general elections. “I see the legal timing as very compelling.” They assured that if they prevented Martinelli from running for President of the Republic, they would violate his fundamental rights and guaranteed that the Electoral Code contemplates electoral criminal jurisdiction.

Article 305 of the Electoral Code establishes that criminal electoral jurisdiction extends to presidents, vice-presidents, secretaries and general under-secretaries of legally constituted parties, candidates, electoral representatives, electoral bodies of political parties, members of corporations, electoral officials and criminal , police and administrative matters linked to the avoidance of investigation, arrest or prosecution of detainees, provided that the latter contains a provision for custodial punishment without the express and prior authorization of the Electoral Administrative Courts, except in the case of flagrant delicto.

Furthermore, it establishes in Article 306 that for primary and general elections the criminal electoral jurisdiction shall be valid for presidents, vice-presidents, secretaries and general under-secretaries of legally constituted parties in this case: the period from the date of the campaign to their respective Starts the electoral process in line with the electoral process of political parties and until the final proclamation of the event is executed.

and for elections to national internal authorities: from the date on which the period of the electoral campaign in accordance with the electoral process of their respective political parties begins and until the final proclamation of the event is executed.

But, what is the position of former President Ricardo Martinelli in the matter of criminal electoral jurisdiction?

The issue with the former president is that Judge Baloisa Marquínez requested to lift the criminal electoral jurisdiction, which he enjoyed, for both cases (New Busins ​​and Odebrecht) by Realizando Metas party president, which the electoral tribunal accepted. And in the case with this firm, Martinelli will face both trials scheduled for 2023.

Political analyst, José Eugenio Stout, pointed out that whether Ricardo Martinelli could run in the next re-election would depend on the speed with which the judicial branch acts before the trials scheduled for 2023 and the speed with which it resolves appeals. Is. For those who take advantage of their lawyers, because obviously they will go before the Superior Court of Appeals and if they rule against then go to the Supreme Court of Justice, unless that last resort is exhausted.

“He no longer enjoys criminal electoral jurisdiction, therefore, even if he becomes the presidential candidate for the RM party, his judicial processes will continue and if he is convicted, he will continue in his political processes.” Because there is no final punishment.

If he becomes the elected President of the Republic, he will automatically have electoral criminal jurisdiction, however, he can be prosecuted and in this case it will be up to him to be tried by the National Assembly.

Meanwhile, the Directorate General of Income (DGI) ordered an audit of the former president, besides disseminating information on his income with their respective vouchers, among legal documents that include daily records between 2018-2022 and The general ledger includes details of contracts for services rendered and other income received.