Ricky Rubio: “I hope Ricky’s best is yet to come” when he talks Ricky Rubio (El Masnou, 10-21-1990) In the dressing room, everyone listens. Even then Donovan Mitchell, His most outstanding apprentice, ‘interrupted’ the Cavaliers’ mentor from his lively conversation with MD, to give him a hug so affectionate it almost ‘ruined’ him after the Cavs-Warriors game on Saturday. They know ‘Spida’ and all the others who already have everything they need, that they are ready to go to where they could not live without him.

And, like a good teacher, Ricky never stopped learning and even learned such an important lesson from his year-long injury that he claims to feel better than ever. A difficult road, which, to repeat a saying he coined when he was injured, he hopes will take him To the most wonderful destination.

He said he still felt a bit awkward on the track. How are those feelings?

They are a bit better but hey, it is difficult to recover the feeling of five versus five, knowing where the spaces are and the intensity with which you play is different from the one with which you train. I’m picking up the pace

Can there be positive things to be taken from such an injury?

Yes, and many more. Of course there are disappointments, negative things and things you don’t like, but I try to look for the positives and I’ve been hurt a lot. I’ve improved my game a lot and also personally, I’ve seen an appreciation of playing basketball again, being grateful, sometimes things we just do and I’ve been playing in the NBA for 12 years. but it’s got me a new confusion again

“The Ring? We have the right pieces”

He highlighted this week that he is feeling better than ever in his career. Why do you feel this way?

I have been able to dedicate a whole year to myself, this is something I have never been able to do in my career, both nutritionally, physically and mentally, I have worked on many aspects. I have recovered from an injury and I had a goal in my mind not to make a comeback but to be stronger than when I was injured, that was and still is.

It’s a process, it’s not just the game and that’s it, we’ve put together a plan so that until the All-Star break it’s like a ‘mini’ preseason and from there, better feelings to help the play-offs. Find and live at a higher level. It’s been a full year of working on my physique, something I’ve never done since I was 14 and I’m grateful to be able to focus on myself. I have taken it as a challenge and I hope to complete it brilliantly. For now, I put a thumbs up.

When he spoke to ‘El Reverso’, he highlighted that he has worked a lot with Raul López on a technical and tactical level. What are we going to see again in his game?

It’s a bit of an adaptation to the game now, which is a lot more dribbling, especially the three. And play with ‘time’, play with a playing rhythm that allows me to play for many years, not revolutionary. Don’t go through the physical, go through ‘time’. There are players who seem to be playing in ‘slow motion’, it looks like they are walking in slow motion. But they always keep you moving. In the past we had Bodiroga, here we have Tatum, who is of that genre. He is a player that I like. 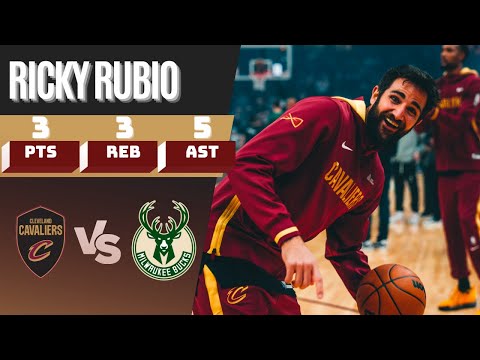 Talking about playing for many years. He has a contract with the Cavaliers till 2025. Do you see yourself playing in the NBA for more than three years? This has been flagged as a limitation more than once.

In the NBA for more than three years, definitely not. In Europe, you never know and we’ll see how everything develops, but I don’t like to think ahead. Last year a friend of mine asked me: “What will you do next year?” (The last course contract expires in June 2022). I told him that I did not know, that I would not know until the time came, you would never know. And look, in the end I got injured. Thinking about the future takes away the present.

What is the ceiling of these Cavaliers? ring?

Well it will be seen, the season is very long. We have the right pieces, we have to put the puzzle together, we’ve had a lot of injuries. I just came back and now Wade is back. Things that are being done and put in place and it will be seen.

“The NBA is currently short of game setting point guards”

He talked about improvement at the mental level. What has he done again in that sense?

Display. We see plays that I wasn’t doing, I’m adopting it with my personal team in training and I’ve learned new techniques that help you visualize the movements and then put them to the test. At first I couldn’t test them because I couldn’t move (laughs) and then we went slowly, with slow movements. Keep doing them until you make it to an even higher level in the game and keep at it.

I was referring to the current NBA game earlier. With so many point guards scoring so many points, do you think a more helpful and organized point guard like you is still overrated today?

Everything is there. You have to admire the fact that the level is rising and improving, the players are getting better every year. But there are also things that have been lost and that basketball needs to recover. And what the point guard thinks, who really organizes the game, is that it’s true that he’s lacking right now and that’s something that I’ve always been, that I’ve always been good at in that aspect. And I have taken advantage of it.

There is a World Cup this summer. What is your approach towards selection?

Now, none. I want to see how I am physically to finish the season and I haven’t picked up the pace yet. Imagine for the summer.

Can it be said that the best is yet to come for Ricky Rubio?

Yes, I hope so (says with a shy smile). I have worked for this.