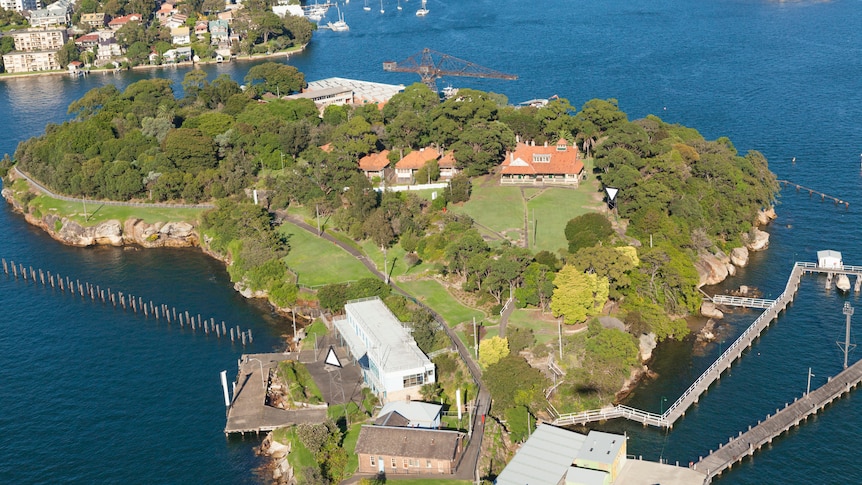 An iconic island in Sydney Harbor will be returned to the Indigenous community, with the NSW government allocating $43 million towards its restoration.

Me-Mel, also known as Goat Island, is one of 13 islands within the Sydney Harbor National Park and was once inhabited by Bennelong and Barangaroo.

NSW Premier Dominic Perrottet on Sunday announced the first step in the transfer process, which he said was “decades in the making”.

“Returning Me-Mel to the Aboriginal community is the right thing to do,” Mr Perrottet said.

“A big part of my commitment is ensuring the island is remediated before it’s transferred to the Aboriginal community.”

The money will be invested over four years and will cover maintenance work including repairing the island’s buildings, upgrading water and sewerage services, removing asbestos and restoring the wharf.

The State Heritage-listed site includes more than 30 buildings, dating back to the 1830s. It was once used as a home for convict work gangs.

Mr Perrottet said he expected the island to draw in both interstate and international tourists once the transfer was completed and the site opened to the public.

“This [island] is the jewel in the crown on Sydney’s Harbor and it’s just sat here in a dormant way for many years.

“It tells the great dreaming story of our city, our state and our country.”

Me-Mel is significant in the creation story Boora Birra, where the great eel spirit created the watercourses known today as Sydney Harbor.

“It’s so long overdue, it’s so important for us to be able to get this right,” Ms Weldon said.

“Me-Mel is a place where we can go to be within our culture, pass culture on to our younger generations and share with other people.”

A committee of 12 members will be established to develop a business case and make recommendations for the transfer of the island.

The group will determine how the island is managed and how it is used in the future.

The National Parks and Wildlife Service (NPWS) has called for expressions of interest from members of the Indigenous community who want to join the committee.

“We look forward to having this cultural place returned to us, operated by us but for the benefit of everyone.”

The transfer is expected to take place in 2026.