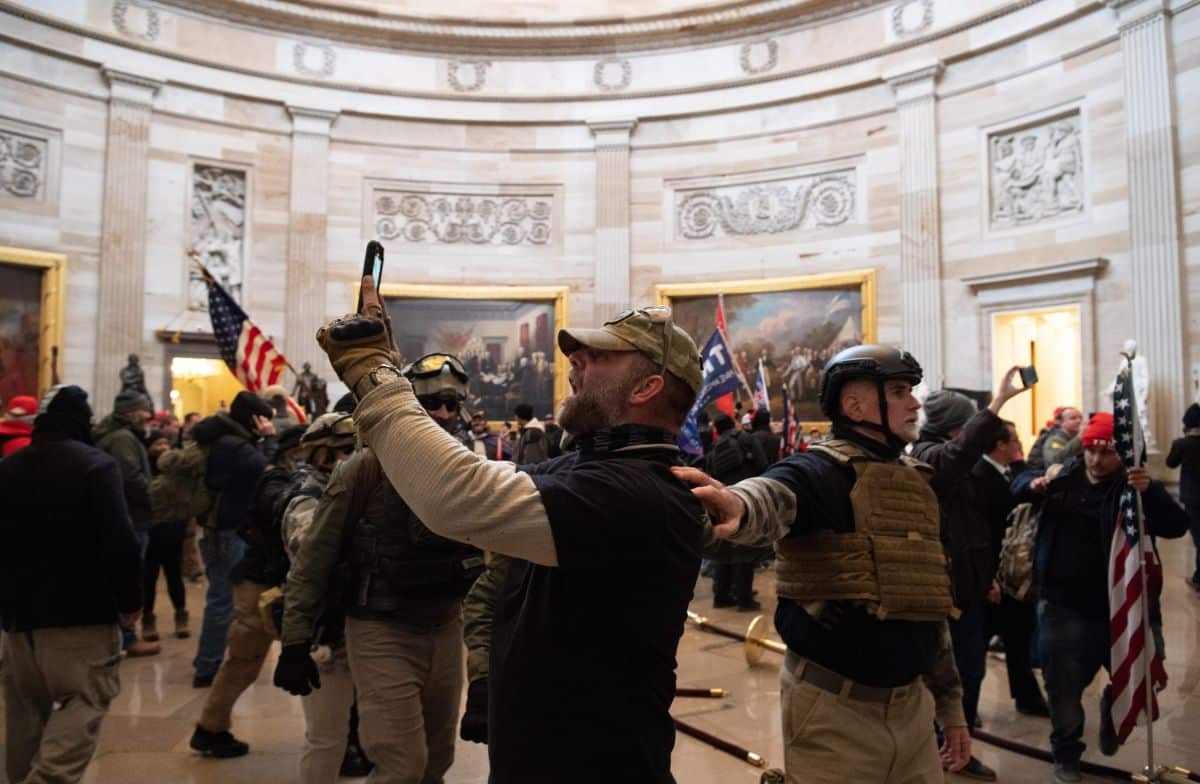 Douglas Jensen, one of the main rioters who chased police officer Eugene Goodman down the stairs near the Senate chamber during the January 6, 2021 attack on the Capitol, was sentenced this Friday to five years in prison.

The rioter, who prosecutors say was one of the first 10 protesters to enter the Capitol during the attack, was found guilty by a jury in September of seven charges, including obstructing official proceedings and obstructing a police officer. attack was involved.

“You, by your actions, put yourself in charge of that mafia”Judge Timothy Kelly told Jensen before handing down the sentence, which includes 36 months of supervised release after serving his sentence and $2,000 in restitution for damages to El Capitolio, CNN reported.

The judge said that Jensen and the other rioters “broke” a long history of peaceful transition of power in the United States, adding that it is something they will not be able to take back, “It is broken.”

“As a country we cannot allow what happened on January 6, 2021 to happen again”Kelly said.

“He believed that a ‘storm’ had arrived and corrupt politicians were being arrested”.Jensen’s attorney Christopher Davis said during a court filing.

“He has had ample time to consider his actions,” Davis wrote of his client, who has been in prison for nearly two years. “He wants to go back to his normal life, raise his children and be with his wife.”

Meanwhile, US Capitol Police Inspector Tom Lloyd, who made a statement at sentencing on Friday, said there would have been bloodshed if Officer Goodman had not led the protesters away from the Senate.

According to prosecutors, Jensen told the FBI in an interview after the events of January 6 that His actions “would have been worth it” if Trump had remained in power.

Prosecutors also said in a sentencing memo that “Jensen was a ringleader during the attack on the US Capitol, acting to disturb the crowd and encourage others to follow him into and into the building.”

With information from CNN Politics

You may also like:
• January 6 Rioter who claimed to have followed orders from President Trump to storm Capitol Hill sentenced
• Pennsylvania woman has been sentenced on multiple counts for breaking into Nancy Pelosi’s office in Capitol Hill raid
• Leader of Oath Keepers, a pro-Trump paramilitary group, found guilty in attack on Capitol