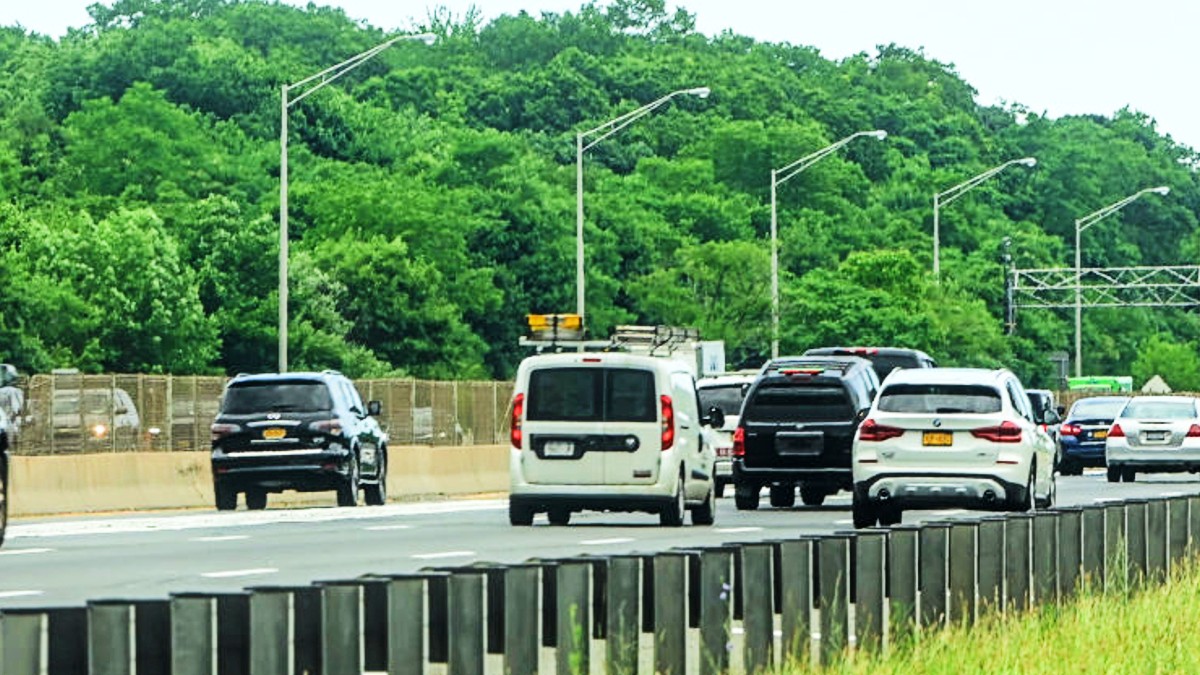 NEW YORK — Police are investigating a road rage collision on the Long Island Expressway that ended with a man standing in the closed door of a BMW, pulled from a woman, and a passenger choked when she got the other way Gave. police.

Suffolk County Police say the woman was driving a 2007 BMW westbound on the freeway between Exits 63 and 64 around 10:15 p.m. Wednesday night when she was involved in a road rage incident that involved her Was driving another car. direction. Both vehicles got off the LIE at Exit 63 and stopped at a stop light on Express Drive North.

That’s when police say the man got out of his vehicle, approached the BMW and tried to open the woman’s door. It was closed, so he reached through the open rear window to grab it, but a man sitting in the back seat grabbed his hand, according to police. Police said a struggle ensued and the man grabbed the passenger by the throat, causing a four-inch wound.

The woman driving the BMW heard all the commotion and ran a red light to avoid it. Police said he kept driving until he reached a City MD office on Ocean Avenue, where he asked for help. His passenger was taken to a hospital for treatment and is expected to recover.

Meanwhile, at some point the attacker got back in his car and fled. He is described as being in his 30s to 40s with a medium build, brown eyes and curly brown hair. Police say their vehicle was described as a royal blue four-door sedan, possibly a Mazda 3 or 6, with yellow New York license plates. There could also be a woman in the car.

The investigation is on. Anyone with information is asked to call Crime Stoppers at 1-800-220-TIPS.