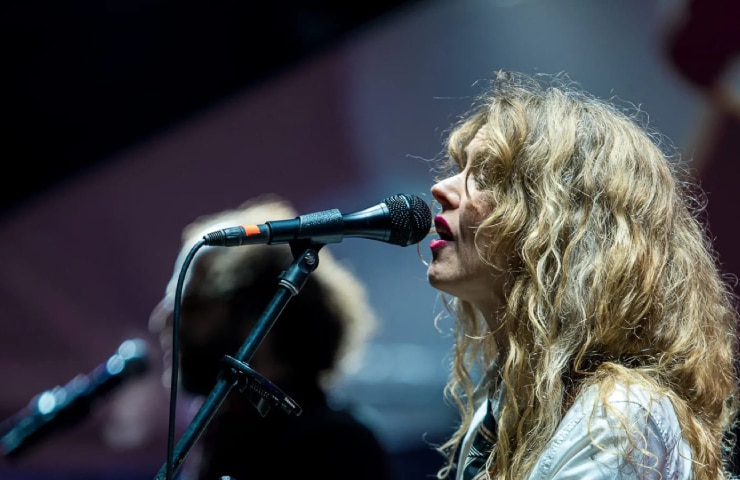 We Bogotá rockers grew up listening to a spectacle. The radio station that calls itself “the rock station of Colombia” has been broadcasting the same frivolous program every Friday and Saturday night for 20 years: pretty girls dancing rock’n’roll.

It’s true, the music is good. But it is nothing special because commercial rock does not cause any harm. But of course, between songs, a model or an actress with a sexy voice to justify the name is welcomed. Never an artist, never a metalhead, never a punk. Anyway, there’s “The Rock Station” and its anachronistic clichés.

I call for annoyance because we ladies dance rock’n roll, but we also thump with metal, we party with ska, we go too far with punk or we sing hard rock with rage Huh. It doesn’t matter whether we are beautiful, ugly, skinny, fat, black or white, or whatever the stereotype is. Here we are all equal.

When I saw the sign for Rock al Parque, I couldn’t help but be happy. Many groups and artists were women. Commendable decision by the organisers. Despite the rain and cold characteristic of these days, I attended the first two dates of the most important free rock festival in Latin America. As always, the first day was dedicated to those who love hard rock. And the metalhead ladies shined that day.

First it was Krypta (Brazil) who had an excellent performance on the Plaza stage from the very beginning Garbage Metal. Later, in Asagram (Netherlands), a group of three women dazzled black GOOD METAL I decided to go to the Bio stage and listen to Frantic Ember (Sweden), a band made up of four females and two males. It was awesome. to the voices of Death Melodic Metal was joined by a performance by Danish singer Elizabeth Andrews, who is also a professional ballet dancer.

On the first day there was a lot of participation from women, while on the second day it was the common denominator. However, this time the weather was more difficult. The rain was bad. But it didn’t matter, there I was, seeing Frank White Canvas (Chile), a duo of women who play alternative rock. great party. Later, I heard a group of Hello Yak (Bogotá) rockabilly This woke up the people on the plaza stage. Singer Lina Posada’s performance was wonderful.

At about half past six, the Plaza Mancha listened to Cristina Rosenwing (Spain), who was famous for being front girl From the nineties group Cristina y Los Subterraneos. Truth was a beautiful rendition, with lots of emotion where many classics were sung. The artist was clearly excited.

Then we hear Cumbia Queres (Argentina), five women who sing a ballad of fun and love with a passionate critique of neoliberalism. Cruel. The day ended with Miranda! (Argentina) and their electro-pop show that forced the public to party with good sound.

This has without a doubt been the most “progressive” Rock in the Park in history. And that’s great. Musical sectarianism only fostered the segregation of rock at a time when the urban genre attracted the social majority.

From a feminist perspective, women rock and roll beyond the patriarchal paradigms reproduced by supremacist cultural industries. Rock Al Park got it and we women celebrate it by poking it.