Rodolfo Carter, Mayor of La Florida: “I think it is urgent to sit again (at the security table) today” – Nation World News 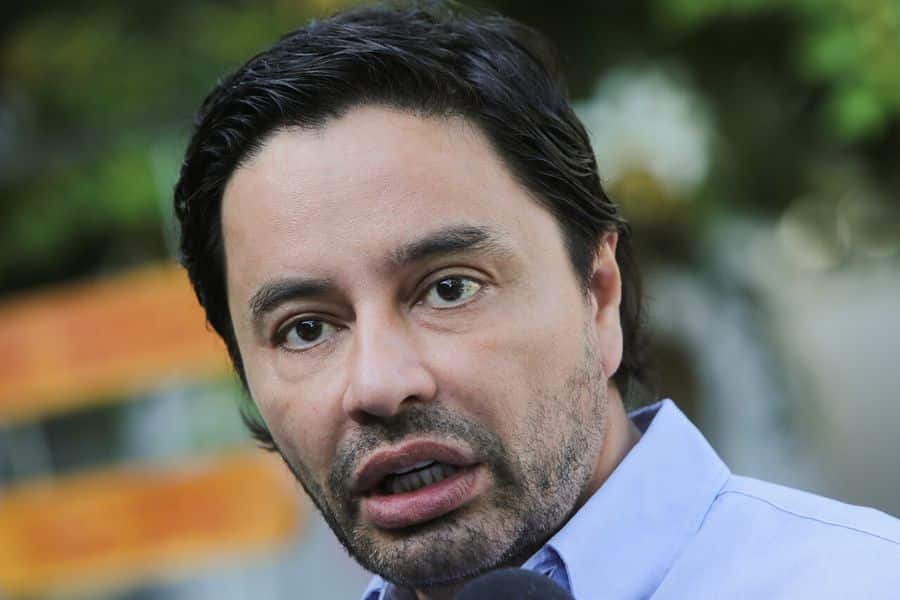 Being one of the political figures with the highest approval according to various opinion polls, Rodolfo Carter, the mayor of La Florida, assured this Sunday that “It is imperative” that his sector – center right – return to sit at the security table, In the first month of 2023, he decided to withdraw from it after the controversy of clemency spread.

“I never get to that table without being particularly clear about the method. What do I mean by method: time, deadlines and what are parameters we’re going to work with (…) but I I think it’s urgent to sit down again today, because the longer we delay, the more drug traffickers and organized crime bring out the little goats and 3D glasses to continue to advance in territorial control of the country., The important thing is that they tell us what are really the minimums, that they agree between Camila, Giorgio, Carolina, Luis ”, he commented on zero tolerance.

Regarding these “minimums”, the community leader listed a series of measures that – in his opinion – should be prioritized by the government, so that the opposition sector can resume talks. between them, Insists on the militarization of the country’s northern border,

“fix a temporary state of exception in the north to face the migration crisis (…) These are the minimum we need to be clear about. we might have to compromise, No one who sits at a table can claim that he has a full basket and has everything, but it is clear that until we close the borders, they interfere in this way. Don’t, the organized crime gangs that come mainly from Venezuela, we have no whereabouts,” he said.

With regard to other provisions, the mayor proposed There is a “legal presumption” for police officers who use their service weapon to defuse a criminal situation.

“What’s happening today is that the public ministry formalizes them and they formally enter into an investigation. What one holds is that there is a legal presumption, that clearly if the investigation shows that If there was an abuse of power, they have to be formalized, but let’s make it a privileged legitimate defense, so that our police officers and they can be quiet in the exercise of that power on behalf of all of us,” he explained.

Similarly, he asked that those who hire children under the age of 14 as “hitmen” to assassinate their rivals in the neighborhood, “He should pay with an effective life sentence.” And finally, he called for “an effective intervention unit, with elite police forces but with the help of intelligence from the armed forces, with heavy firepower, and that they convince criminals that if they confront these police officers, they will either surrender or die,

Consulted by Raul Torrealba, former mayor of Vitacura, about the possible crimes of bribery, falsification of public documents, tax fraud, money laundering and embezzlement of public funds and how to prevent this from happening in other municipalities, Carter thinks communal leaders The state has “too much power”, claiming that this situation is not always controlled by municipal councils.

,It’s dramatic, because it’s a stain on such an emblematic mayor as Torrealba was, and it stains everyone else., but at the same time human nature has to force us to recognize that we are all different and not all have made mistakes or ultimately crimes. Stealing is not a matter of management, it is a matter of will. First, Mayors have a lot of power that is not necessarily controlled by councils, but so are councilors who are not trained“, They said.

On the other hand, and regarding the support for municipalities from the Metropolitan Regional Government and the figure of Claudio Orrego, Carter described it “a toothless lion” Assure you that “It is essential once and for all that the President has no representative and that the governor has all his powers, such as security control (…) If we had a governor and a strong government with a significant improvement in his powers, another cock would crow.

Finally, and when asked about future presidential aspirations, given the high civic approval in polls, the mayor of Florida did not rule out that possibility and that if he did, he would be supported by the center-right wing. He does not however rule out eventual endorsement from the Republican Party and the People’s Party, though he assures that this last group “has not yet demonstrated political maturity.”

“There is no one, not even the councilor of the most humble commune in Chile, who does not dream of becoming president, because it is natural and obvious (…) You have to act with great humility, have three years to go and If at a certain point in time the circumstances arise, someone is ready and the presidency comes up, obviously, I’m going to seek it“, he pointed out.