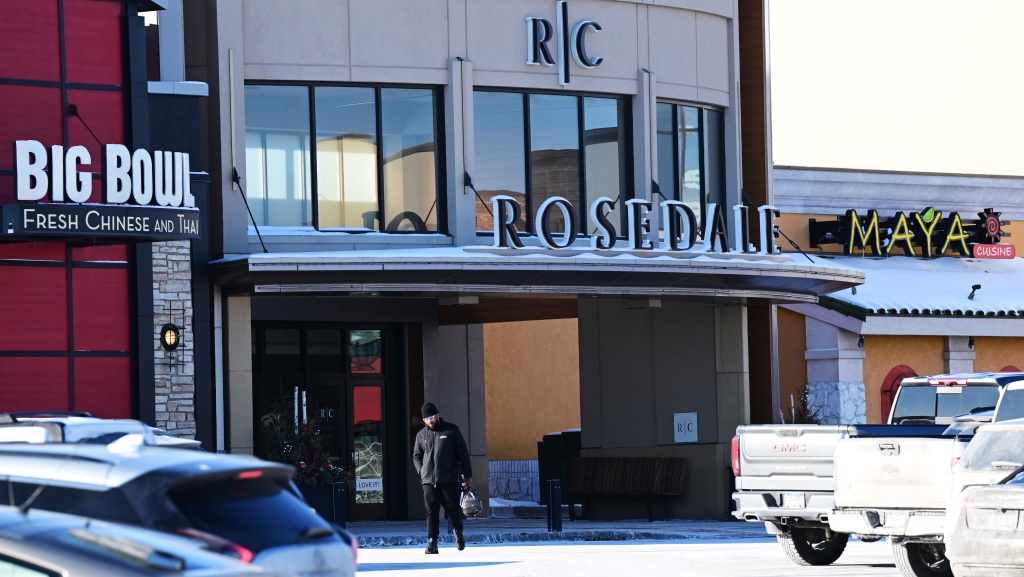 Rosedale, which opened in 1969 as one of the Twin Cities’ famed “Dales” shopping centers, attracts more than 14 million visitors annually. It is the largest employer and taxpayer in Roseville, generating more than $12 million in sales taxes from an estimated $160 million in yearly sales.

Now, Roseville officials have a plan to levy a citywide local sales tax that would capture some of the dollars spent by out-of-towners and pay for three projects on a city wish list.

On Monday night, the Roseville City Council approved a resolution supporting a half-percent local sales tax on general purchases over 16 years to fund a $42 million city maintenance facility, a $7 million city license and passport center and a pedestrian bridge over Minnesota Highway 36 west of Snelling Avenue at a cost of $16 million.

Roseville officials will now turn to the state Legislature, which must give the city permission to ask residents to impose the local sales tax. If approved at the Capitol, Roseville would reaffirm its resolution and then put the tax on the Nov. 8 general election ballot, said City Manager Pat Trudgeon.

The tax would generate an estimated $5.4 million annually for the city. That $86.4 million over the 16-year time period would be enough to cover all three projects, debt issuance and interest costs, Trudgeon said.

The sales tax would end early if the total cost of the three projects comes in lower than the city anticipates or if tax revenue exceeds the projection, Trudgeon said.

Under the proposed tax, a Roseville shopper spending $100 on taxable goods would see their bill increase 50 cents.

Roseville is among a growing list of cities across the state turning to a local sales tax as a way to fund projects with regional significance, as opposed to putting the burden solely on residents through higher taxes.

The city is one of the region’s key retailing centers, with several shopping centers and the Rosedale and Har Mar malls. Trudgeon said Tuesday that the sales tax is the “proper way to distribute the burden” on everyone who shops, eats and travels in the city.

Daily daytime traffic at Rosedale and other nearby retail, as well as heavily traveled arterial roads such as Highway 36 and Interstate 35W that run through Roseville, doubles the city’s population, if not more, he said.

“So we have to provide the level of services that are typical of cities twice our size,” he said. “And so our viewpoint is that it should be a shared burden between the Roseville taxpayers as well as the people who come into our community and put the wear and tear on our roads and utilities and use our services.”

According to the Minnesota Department of Revenue, there are 47 local sales tax approvals in the state, with nearly all of them being a half-cent and located outstate. In the metro area, St. Paul, West St. Paul and Minneapolis have a half-cent local sales tax.

Three other metro cities have received half-cent sales tax approval by the Legislature and are awaiting voter referendums this year. Oakdale wants to fund a police station and public works facility. Edina hopes to make park improvements and Maple Grove would expand and renovate its community center.

For several years, Roseville officials have been discussing the need for a larger maintenance facility and a larger, up-to-date license and passport center.

The 100,000-square-foot maintenance facility would be nearly double the size of the current one, which was built in 1957. A new facility would be able to house public works and parks department vehicles and equipment and staff, as well as accommodate the city’s vehicle maintenance operations.

It would be built just north of City Hall near the corner of Lexington Avenue and Woodhill Drive. What sits there now is the Lexington Shoppes strip mall that the city bought for $2.3 million four years ago in anticipation of expanding the City Hall campus. The strip mall includes the city’s license and passport center, a gas station and other small businesses.

Meanwhile, Anderson-Nelson VFW Post 7555 and Veterans Park would have to go to make room for the new maintenance facility. The city would be looking to add another park elsewhere in the city, Trudgeon said, and the VFW’s landing spot would be on city-owned land south of Woodhill Drive, near City Hall and next to a new $7 million, two-story license and passport center that would include a dance and wellness studio on the second floor.

“This is all very much a working concept, and so we have the rough building blocks but we need a lot more conversation about the details,” he said. “Since the Legislature has deadlines to get in the queue, so to speak, we needed to move ahead and request the sales tax authorization from the Legislature by Jan. 31.”

A $16 million Highway 36 pedestrian bridge would connect walkers and bikers to Rosedale Center to the north and to a highway frontage road to the south, west of Snelling Avenue. The southern end would connect pedestrians to other retail, including Har Mar Mall, and to area apartment complexes.

City officials note that because of the freeway-style ramps and loops along Snelling Avenue, there is no safe way for walkers and bikers to travel the road as it crosses over Highway 36. Pedestrians and bicyclists walk about a half-mile east or west of Snelling Avenue to cross Highway 36, officials say.

In late 2019, Rosedale announced concept plans for an expansion of the mall, including market-rate apartments and other housing, a hotel and grocery store. This past August, crews demolished a portion of the former Herberger’s department store to make room for development.

Is Southern California’s Job Rebound ‘Too Much Good Stuff’?

Marijuana labeling system “is not an effective or safe way” to detail what’s inside products, study finds

Before You Join the Board of That Nonprofit, Ask These Questions First