Netflix says it will not carry Russian state television channels, which the streamer could be required to host under Russian law beginning in March, reports Hollywood Reporter’s Mia Galuppo,

“Given the current situation, we have no plans to add these channels to our service,” offered a Netflix spokesperson in a statement to The Hollywood Reporter,

In December, the country’s communications regulator added Netflix to its “audiovisual services” sector, which is overseen by Roskomnadzor, the executive body responsible for media supervision, which will require the streaming service to carry 20 major Russian federal television channels. According to The Moscow Times, the rule applies to services with over 100,000 daily users with channels including the state-owned Channel One and Russian Orthodox Church’s channel Spas.

Creative and digital agency, whiteGREY has announced the appointment of Jamie Parfitt as experience strategy director. 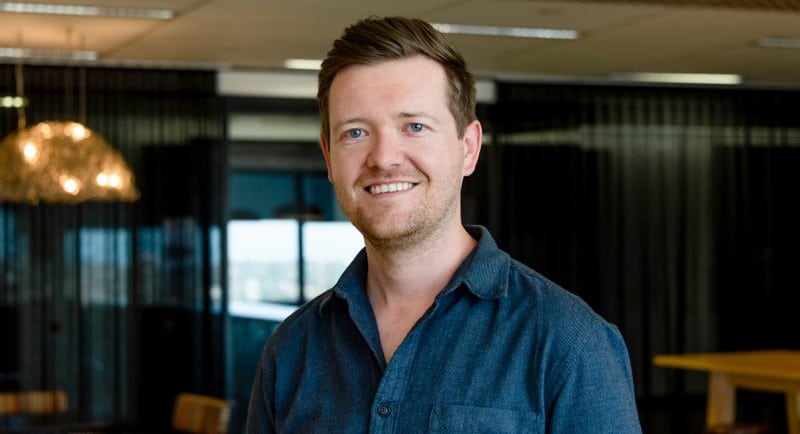 His previous role as head of strategy at CX Lavender saw him lead the development of customer experience and brand and communications strategies for clients including Westpac Group, NBN, RAA, Ausgrid and American Express.

Prior to his new position, Parfitt held a variety of roles at agencies across different markets. His experience includes overseeing brand and communication strategy for clients including Mitsubishi Motors, Stan, Nivea and Lindt at Richards Rose, and a spell at AJF Partnership, where his client roster included Gruppo Campari, News Corp, King Living and Donut King.

whiteGREY is the Australian arm of the globally renowned Gray Group and part of WPP AUNZ, which is the world’s largest communications services group and comprises 5,500 people working across 60 companies on over 170 offices in this region.

Impact.com have announced promotions and new hires to their team, bolstering their APAC operation ahead of plans for the business to expand to India in 2023.

Ayaan Mohamud has been promoted to the newly created position of regional vice president of marketing APAC, a step up from her position as regional marketing director APAC, and her remit to expand the company’s marketing team in the region. 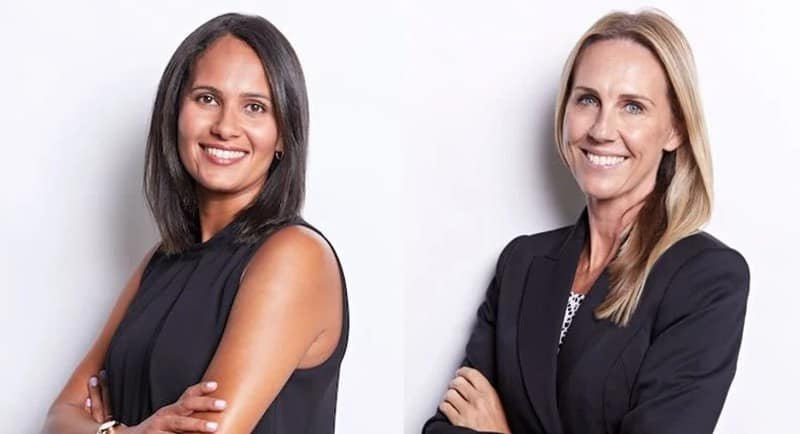 Mohammad has appointed Laurence Nelmes to the new position of marketing executive for ANZ, and is recruiting to add to her Sydney team.

Nelmes is the seventh addition to the APAC marketing team, after joining the company as a business development representative in last year.

Adam FurnessAPAC managing director, said of Mohamud’s appointment: “Ayaan joined impact.com almost three years ago as our first marketing hire across APAC and has been a strategic and executional powerhouse since day one.

From cancel culture to Ukraine: Inside Piers Morgan’s private meeting with Scott Morrison

The British journalist discussed everything from sport to politics during a private meeting inside Mr. Morrison’s office and he shared a photo on Twitter on Monday morning.

“Great to meet Australia’s Prime Minister @ScottMorrisonMP at his office. Had a fascinating 45-min chat about Ukraine, China, cancel culture (not a fan), @BorisJohnson (big fan), cricket (the Ashes) & my new global TV show. Thanks for your time, PM,” he wrote.

He also met with Opposition leader Anthony Albanese the day prior.

But sources close to the deal told The Daily Telegraph it’s impossible for Jones to join the radio mogul Bill Caralis‘ 2SM network because of an exit clause in his 2GB deal.

The Telegraph also understands 2SM has no intention of hiring the veteran broadcaster.

Triple J have announced they will broadcast the Sydney Gay and Lesbian Mardi Gras, on March 5.

The station will present the LGBTQIA+ community’s night of nights, live from the Sydney Cricket Ground starting 7 pm to 10 pm via radio, the station’s app, website and across digital radio on Triple J, Double J and Triple J Unearthed.

The broadcast will cover the floats, the fanfare and all the fun, and hosts Tyrone Pynor and Abby Butler will put on a playlist filled with party tunes, queer anthems, and hot tracks by up-and-coming artists.

There will also be many well-known members of the LGBTQIA+ community joining the hosts in celebrating the much-anticipated event. 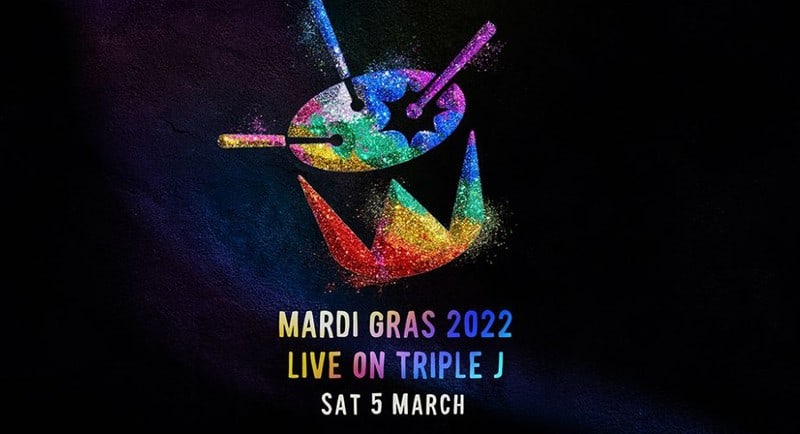 Sydney-based electronic pop artist Nick Ward will join the hosts in the Like a Version studio on Friday, March 4, The Hook Up will hear from those who came out during the pandemic, and Cub Sport will play this week’s Live at the Wireless.

Read Also:  Natural disasters in the first half of 2022: the loss of millionaires

A Pride Playlist, curated by Unearthed, will feature the best new Australian songs from emerging artists within the LGBTQIA+ community. It will run for an hour and can be listened to on demand via Triple J website, on air and on the app.

Double J will be bringing back a live set of The Village People from the archive, recorded at the Hordern Pavilion in Sydney in May 1980. This will be available from Tuesday, March 1 at 6pm.

Zan Rowe is also hosting a Mardi Gras ‘Desko’, playing Mardi Gras anthems that can be played at your desk, on Friday, March 5.

Triple J is a division of the ABC, who has television and radio rights of the Sydney Gay and Lesbian Mardi Gras events until 2024.

The Mardi Gras will be live on Triple J on Saturday March 5, 7pm to 10pm local time.

Brooke Blurton to guest on Neighbors

She wrote on Instagram, “Looks like some questionable acting with a wine and washing basket can land you a gig on Neighbors (obvs joking). Coming to you soon Ramsay Street.”

Although some media presumed she was joining the ensemble cast, 10 confirmed to TV Tonight, “Brooke Blurton will make a guest appearance on Neighbors in the coming months. She will be appearing as herself as a guest at one of the Fashion Festival events in an upcoming storyline.

Filming for the second season of ABC’s food-filled comedy Aftertaste has begun in Adelaide.

Featuring Erik Thomson as celebrity chef Easton West, and Natalie Abbott as his niece and pastry chef Diana, the first season of the show was loved by audiences and critics alike.

Star and co-producer Thomson said: “I’m so thrilled to be heading back to the beautiful Adelaide Hills for another season of Aftertaste, It’s a privilege to work with Closer Productions and the ABC, as we deconstruct our relationship with food and fame, through the antics of the dysfunctional West family.” 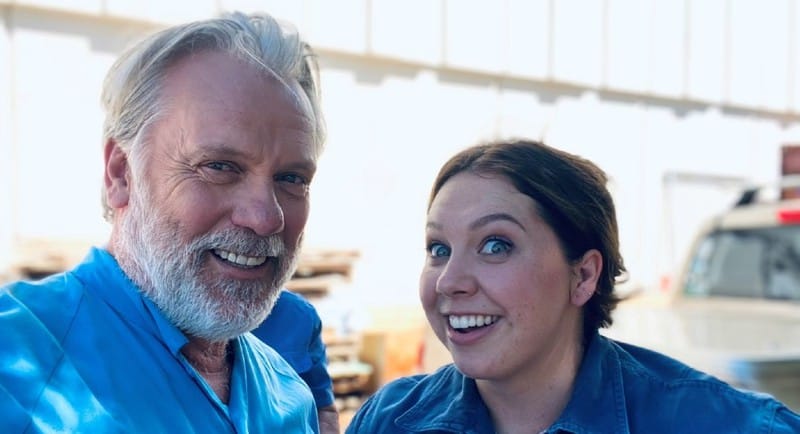