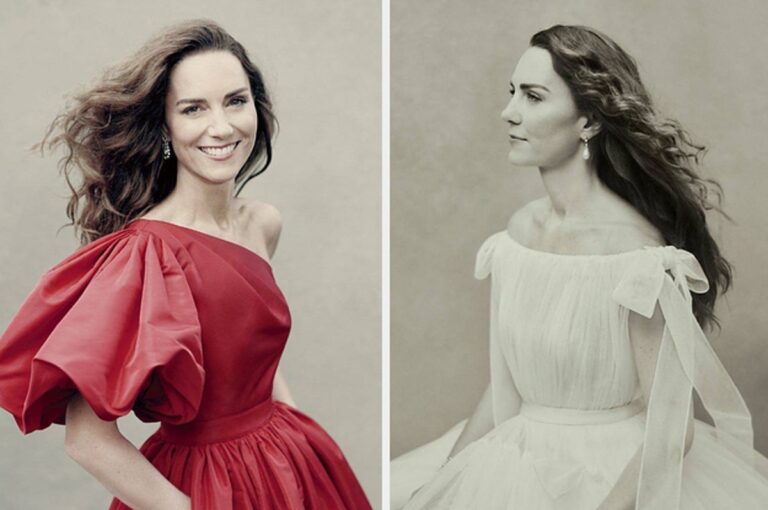 The Royal Family released three new official portraits of Catherine on Sunday to mark the 40th birthday of Catherine, Duchess of Cambridge (aka Kate Middleton).

According to the BBC, the three portraits will first be displayed in the UK “with special meaning” before the Duchess is permanently placed in the National Portrait Gallery, of which Kate is a patron. An image will hang in Berkshire, where the Duchess was born and spent her childhood. The other would go to St Andrews in Scotland, where Kate and William attended college and met for the first time. The third would go to Anglesey, where the royal couple lived shortly after their wedding.

Roversi, who lives in Paris, told the Guardian that working with Kate was a “true honour” and a “moment of pure joy”.

“I was struck by her warm and friendly welcome and was mesmerized by her glowing eyes which reflect the beauty of her soul and her smile which reflects the generosity of her heart.

“It was a deep and enriching experience for me, an unforgettable moment. I have met a wonderful person, a person who can bring hope to the whole world with his positive energy.”

Four other paintings by Roversi are already on display at the National Portrait Gallery.

The photos – two in monochrome and one in color – show Kate in both casual and formal poses. The Queen lent a pair to the Duchess Diamond earrings for color drawings; She wears her mother-in-law Princess Diana’s earrings among others.

In Tweet On Sunday, Kate thanked the photographer and the National Portrait Gallery for the images and expressed her appreciation for the happy birthday. The Duchess was born on 9 January 1982.