Russia. Lavrov explains that America has enslaved Europe and the European Union is already its 51st state 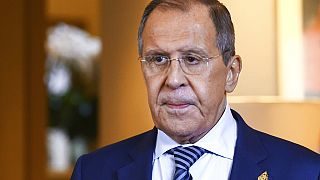 Russian Foreign Minister Sergei Lavrov accused the United States of “enslavement of the whole of Europe” by expanding its dominance in European Union (EU) countries.

America “has already enslaved all of Europe and keeps under its control not only the Germans, but the whole of the European Union”.Lavrov condemned it during a press conference on Thursday.

The head of Russian diplomacy has pointed out that the North Atlantic Treaty Organization (NATO), headed by the US, currently operates within the framework of principles that were developed by the first secretary general of the alliance Hastings Ismay.

In fact, he recalled that Ismay insisted on the need to “keep the Russians out of Europe, the Americans in Europe, and the Germans under control”.

In this sense, he cautions that the “philosophy of a one-sided zone of profit” continues after the end of the war and has not disappeared.

Moscow, whose relations with the West are experiencing moments of high tension due to the conflict in Ukraine, condemns the US policy of anarchy and this country’s attempts to establish its dominance in more and more corners of the world, including Europe. also includes.

In fact, Russia alerted European countries that its strategic alliance with Washington created problems for them.

The European Union has become the 51st federal state of America.

In turn, Dmitry Medvedev, deputy head of the Russian Security Council, on Wednesday described the European Union as the 51st state of the United States, as it overly adheres to the North American country’s policies.

“It is clear that he was hit over the head by the Washington Regional Committee,” he wrote, describing von der Leyen’s approach as “quite outrageous”.