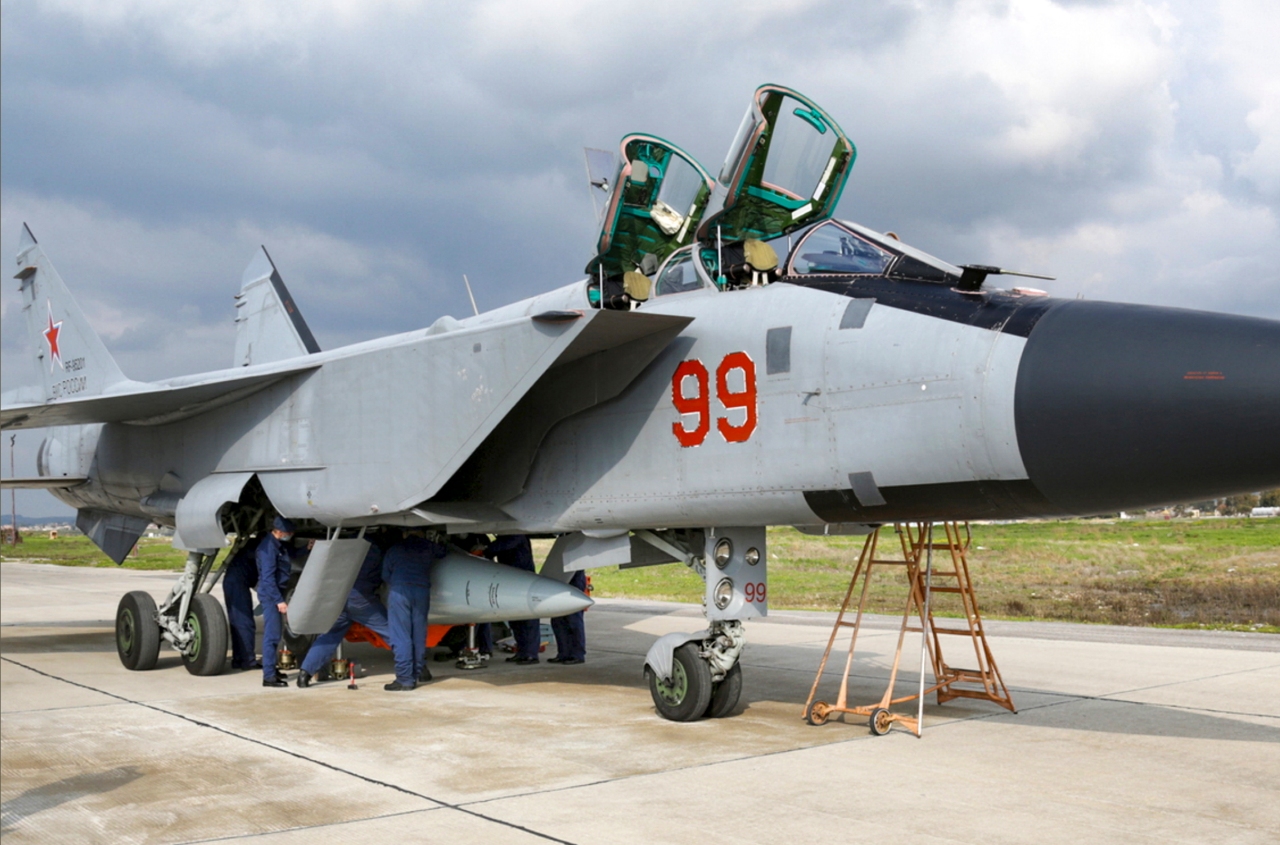 MOSCOW ( Associated Press) — The Russian military on Tuesday deployed long-range nuclear-capable bombers and fighter jets carrying state-of-the-art hypersonic missiles to its air base in Syria for massive naval drills in the region amid soaring tensions with the West over Ukraine.

Russian Defense Minister Sergei Shoigu arrived in Syria to oversee the drills that mark the biggest Russian naval deployment to the Mediterranean Sea since the Cold War times. Shoigu met with Syrian President Bashar Assad on Tuesday to inform him about the drills and discuss plans for further military-technical cooperation.

The Defense Ministry said the exercise in the eastern Mediterranean that involves 15 warships and about 30 aircraft is part of a series of sweeping naval drills that started last month amid a standoff over Ukraine. It said the maneuvers were intended to train for action to “protect national interests” and “fend off military threats against the Russian Federation.”

Long-range, nuclear-capable Tu-22M3 bombers and MiG-31 fighter jets carrying the latest Kinzhal hypersonic cruise missiles landed at the Russian air base of Hemeimeem in Syria’s coastal province of Latakia as part of the drills. The military says the Kinzhal has a range of up to 2,000 kilometers (about 1,250 miles) and flies at 10 times the speed of sound, making it hard to intercept.

The deployment of Kinzhal missiles to Syria appears to be intended to showcase the Russian military’s capability to threaten the US carrier strike group in the Mediterranean.

The Defense Ministry said the Russian navy chief reported to Shoigu that the drills envisaged practice in targeting enemy warships.

The Hemeimeem air base has served as Russia’s main outpost in Syria, where it has waged a military campaign in Syria since September 2015, allowing Assad’s government to reclaim controlover most of the country after a devastating civil war.

Russia has also expanded and modified a naval base in the Syrian port of Tartus, the only such facility that Russia has outside the former Soviet Union.

The massive Russian naval drills and the deployment of additional warplanes to Syria demonstrated an increased Russian military foothold in the region amid the worst Russia-West security crisis since the Cold War.

US officials say Russia has amassed over 130,000 troops near Ukraine and warned that an invasion could come at any moment.

Moscow has denied any plans to invade its neighbor, but demanded that the West provide guarantees that NATO will not allow Ukraine and other ex-Soviet nations to join, will not station weapons there and will roll back alliance deployments in Eastern Europe. The US and its allies have roundly rejected those demands but have offered to discuss with Moscow ways to increase security in Europe.

Follow all Associated Press stories about tensions over Ukraine at https://apnews.com/hub/russia-ukraine.

Why is the DPR silent on the murder of Brigadier J? any interest?

Dwayne Haskins’ wife called 911 before he died in Florida Interstate.

Mauresmo is the former first female director of the French Open

A 1,200-year-old dugout canoe is raised from Lake Mendota