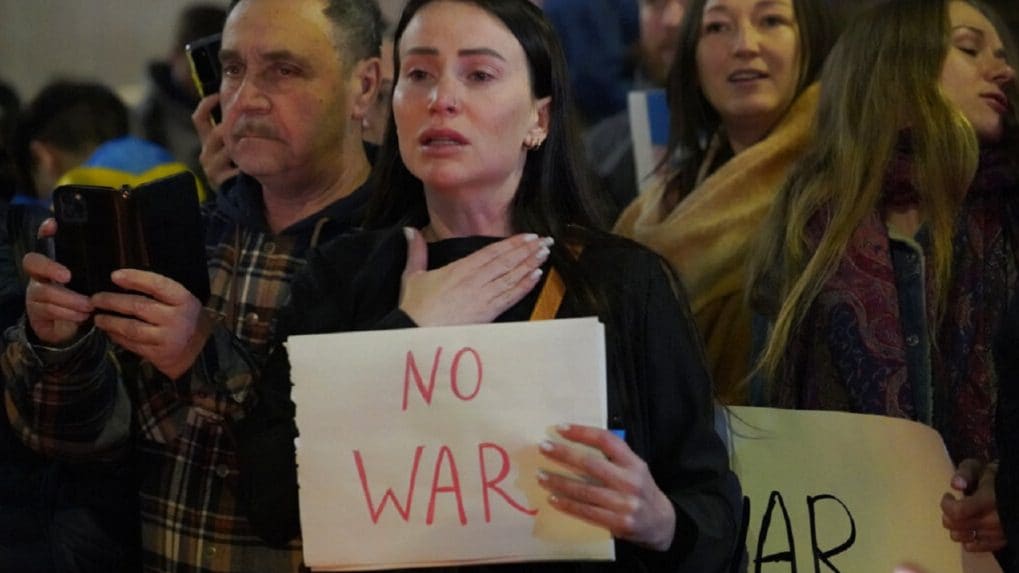 The Ukrainian president’s office said Wednesday evening that the country’s delegation was on its way to the second round of talks with Russia since the invasion began, but it didn’t say when it was expected to arrive. Vladimir Medinsky, Russian President Vladimir Putin’s aide and the head of Russia’s delegation, told reporters the Ukrainians were expected to arrive Thursday for the talks in the Brest region of Belarus, which borders Poland. Ukrainian Foreign Minister Dmytro Kuleba said earlier Wednesday that his country was ready for talks to resume, but he noted that Russia’s demands hadnt changed and that he wouldn’t accept any ultimatums.

What about violence in Ukraine?

Zelenskyys office reported a powerful explosion Wednesday night between the Southern Railway Station and the Ibis hotel in Kyiv. Ukraine’s Defense Ministry is located near that area. Two cruise missiles hit a hospital in the northern city of Chernihiv, the Ukrainian news agency UNIAN quoted the city’s chief health administrator, Serhiy Pivovar, as saying. The hospitals main building was damaged and authorities were working to determine the casualty toll, he said. And in Mariupol, at least one teenager died and two more were wounded by apparent Russian shelling. The boys families said they had been playing soccer near a school. Russia’s 40-mile-long (64-kilometer-long) convoy of tanks and other vehicles remains outside the capital, Kyiv. The city has been struck by deadly shelling. Russia says troops have taken the Ukrainian port city of Kherson. The Ukrainian military denies this. Russian forces have also been bombarding the country’s second-biggest city, Kharkiv, and laid siege to two strategic seaports.

What is the humanitarian situation?

UN High Commissioner for Refugees Filippo Grandi wrote on Twitter that an exodus of 1 million refugees from Ukraine to neighboring countries has unspooled over the past seven days. This amounts to more than 2% of Ukraine’s population, though some of those fleeing Ukraine are citizens of other countries. The UN agency has predicted that up to 4 million people could eventually leave Ukraine, but cautioned that even that projection could be revised upward. The World Bank counted Ukraine’s population at 44 million at the end of 2020. The EU Commission says it will give temporary residence permits to refugees fleeing the violence and allow them to study and work in the 27-nation bloc. The move would need the approval of member states, which have already expressed broad support.