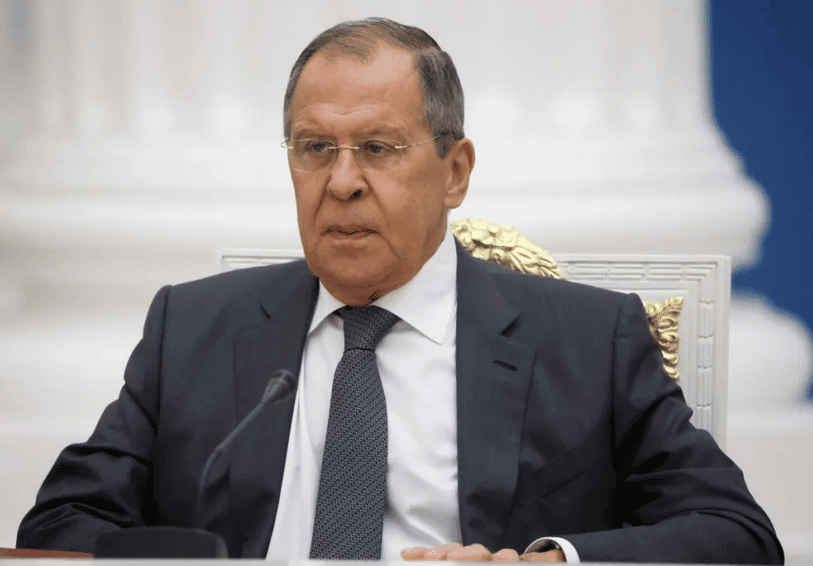 Russia warned this Thursday that there is a “huge” risk of a conflict with conventional weapons between the nuclear powers turning into a nuclear war.

Russian Foreign Minister Sergei Lavrov at a press conference. He assures that Russia not only supports the inadmissibility of nuclear war; It also calls for the prevention of any armed conflict between countries with such weapons.

Lavrov recalled that Russia, Vladimir Putin and United States President Joe Biden signed a declaration in June 2021 that there can be no winners in a nuclear war, a document that was later signed by the five nuclear powers .

“As I have already said, we are ready to go further and say not only that a nuclear war cannot be started, but also that any war between nuclear powers is unacceptable,” he reiterated.

The head of Russian diplomacy has indicated that Moscow views with concern the rhetoric of the West, which accuses Russia of preparing provocations using weapons of mass destruction.

«But the West itself, the United States, Great Britain or France are doing practically everything to increase direct participation in the war that is being waged against Russia through the Ukrainians. This is a dangerous trend,” he warned.

The Kremlin will not accept any war crimes tribunal in Ukraine

At the same time, Kremlin spokesman Dmitry Peskov has assured that the courts proposed by the West to investigate alleged war crimes of the Russian military in Ukraine will have no legitimacy and will not be accepted by Russia.

The representative of the Russian presidency has indicated that his country, on the contrary, “conducts a thorough and detailed investigation of all crimes of the Kyiv regime.”

Peskov highlights the importance of linking these investigations to “data on crimes committed by the regime since 2014, on which, unfortunately, we have not seen any significant response from the West.”

The European Union (EU) High Representative for Foreign Affairs and Security Policy, Josep Borrell, announced this Thursday in Lodz (Poland) that he will promote the creation of a special court to try war crimes in Ukraine.

Borrell has also said that there will be an additional contribution of 1,000 million euros from the EU to support Kyiv, in a statement to the media on the sidelines of the 29th Ministerial Summit of the Organization for Security and Co-operation in Europe (OSCE).

In order to “create a new security order in Europe”, Borrell has announced that he proposes to support the Ukrainian prosecutor’s office to collect war crimes evidence “first from the EU”, and then from other countries. ” Will present. Committed by Russia and the creation of a special court to deal with these crimes.

“Russia is turning winter into a weapon,” Borrell denounced, “with the destruction of civilian infrastructure in Ukraine” and “will have to pay for its reconstruction.”

Borrell recalled that the European Union has blocked funds from Russia’s Central Bank and the Russian oligarchs, which could be used to rebuild Ukraine.