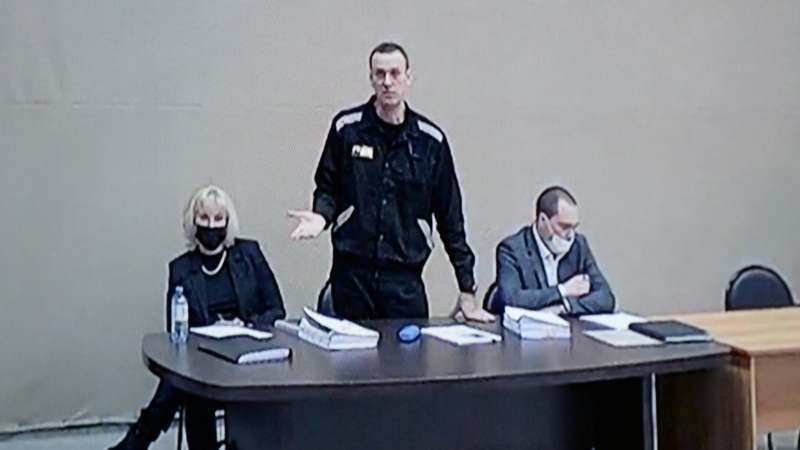 “We’ve been saying that [Russian President Vladimir] Putin wants to keep Navalny in prison forever. The upcoming sentence has nothing to do with the law,” the spokeswoman, Kira Yarmysh, wrote on Twitter.

Navalny, 45, is currently serving a two-and-a-half-year sentence in a prison camp east of Moscow on a 2014 embezzlement conviction. He was arrested in January when he returned to Russia from Germany where he was recovering from what he said was a nerve agent attack by the Kremlin. Russian officials deny his allegation.

Yarmysh says prosecutors also want Navalny transferred to a maximum-security prison, alleging he has committed crimes at the prison camp and is thus a repeat offender.

“Thirteen years for a fabricated case, for fake ‘victims,’ for witnesses who had testified under pressure and then publicly denounced their testimonies in court,” she wrote.

She said there would be hearing another court before any further sentencing is announced.

Last summer, officials announced Navalny would face a new charge that a non-profit organization he created encouraged Russians to break the law.

The charge is punishable by up to three years in prison.

Authorities in Russia announced last week that Yarmysh had violated COVID-19 safety protocols and restricted his movement. They are also seeking jail time.

Navalny is still able to communicate outside the prison camp, but his supporters and other opposition members have faced government crackdowns.

In the wake of Russia’s invasion of Ukraine, he has called for anti-war protests.

Some information in this report comes from Reuters.