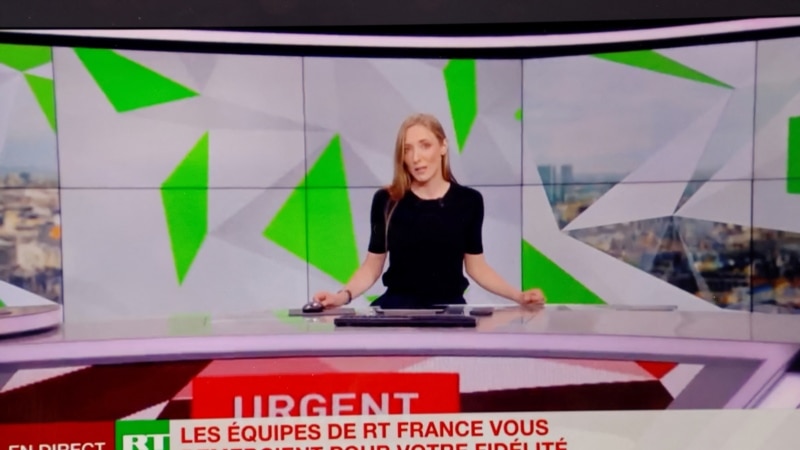 Russia’s efforts to sway the opinions of people across the world about the righteousness of its invasion of Ukraine appears to be mirroring the effort of some of its forces on the ground – despite bringing lots of firepower, the Kremlin’s influence operations seem to be stalling, unable to penetrate key audiences.

Much of Moscow’s influence operation has been carried out in plain sight, with Russian-backed media outlets like RT, Sputnik, Ria Novosti, Izvestia and others pumping out stories and social media posts in Russian, English, Spanish, Turkish and Arabic.

But research by Omelas, a Washington-based firm that tracks influence operations in the digital environment, finds that as Russian forces started moving into Ukraine, these media operations began to lose traction with their target audiences.

“Up until February 24, Russian media outlets were dominating the narrative around Ukraine in all languages ​​and a lot of the content was getting a lot of engagements, as well,” Omelas Chief Executive Officer Evanna Hu told VOA.

In the weeks since, however, it has been a different story.

According to Omelas, Russian-supported media published 12,300 posts on social media in the span, garnering 1.3 million engagements.

“Russian media is still dominant in content published in the Russian language, but it has definitely ceded information to Western media outlets in the English language,” Hu said.

That space is also shrinking.

RT’s US-based network, RT America, announced last Thursday it was easing operations immediately and laying off almost all of its staff due to what it called “unforeseen business interruption events” in a memo first obtained by CNN.

Meta also announced earlier it had also taken down a network of about 40 accounts, groups and pages on Facebook and Instagram that targeted people in Ukraine.

“This network used fake accounts and operated fictitious persons and brands across the internet — including on Facebook, Instagram, Twitter, YouTube, Telegram, Odnoklassniki and VK — to appear more authentic in an apparent attempt to withstand scrutiny by platforms and researchers,” Meta said in a blog post.

For its part, Google said it was “taking extraordinary measures to stop the spread of misinformation and disrupt disinformation campaigns online.”

“We also have significantly limited recommendations globally for a number of Russian state-funded media outlets across our platforms,” Google’s president of global affairs, Kent Walker, wrote in a blog post. “And in the past few days, YouTube has removed hundreds of channels and thousands of videos for violating its Community Guidelines, including a number of channels engaging in coordinated deceptive practices.”

Still, questions remain as to how much the crackdown by social media companies will ultimately dent Russia’s disinformation efforts.

“It’s too early to tell,” Bret Schafer, a digital disinformation fellow with the Washington-based Alliance for Securing Democracy, told VOA via email.

“Currently, RT and Sputnik’s subscriber numbers and interactions are remaining pretty constant across Facebook/Twitter, but again, it’s a very, very small sample size,” he said. “Over time you’d have to think it will take a toll, but … a lot of the messaging will shift to their influencers, who I do not believe will be restricted.”

In some cases, those influencers have built and maintained substantial followings, going all the way back to the 2020 US presidential election.

One such personality is Rania Khalek with more than 246,000 followers on Twitter.

In 2020, Khalek posted videos for a Russian-backed media outlet called InTheNow. Currently, Khalek is affiliated with an organization called BreakThrough News, which describes itself as “independent journalism for and by working-class people.”

Khalek’s accounts and those of BreakThrough News, do not carry any alerts about connections to Russia.

“As you know, Russia invaded Ukraine and the Western response has been to escalate and escalate some more while ignoring the NATO role in provoking this war,” Khalek said during a March 1 episode of her show, Dispatches, on the BreakThrough News website and on YouTube, which has so far racked up almost 73,000 views.

Another influencer who rose to prominence during the 2020 US presidential elections is Lee Camp, who hosted “Redacted Tonight” for RT, which he described on Twitter as venue for “anti-war, anti-corporate comedy.”

Yet despite being canceled as part of RT America’s sudden shutdown, episodes of Camp’s shows are still available on YouTube, including a February 28 episode about Ukraine, during which Camp was critical of those calling out Russia without what he said was context and historical perspective.

“Basically, you have to be ignorant to get the true virtue signaling, stamp of approval,” he said. “You just have to act like Russia invaded Ukraine in a void.”

That type of take from Camp and others is becoming commonplace, according to some observers.

“There is a lot of whataboutism happening,” the Alliance for Securing Democracy’s Schafer told VOA. “The influencer crowd—especially those targeting the left—have really struggled to message around this, as it’s tough to maintain a posture as an anti-war/anti-imperialist while the people signing your checks are attacking Ukrainian cities.”

Some of the same sentiments are also making their way into far-right-leaning social media in the United States.

“I’m not taking a stance on war,” Joe Oltmann, one of the hosts of the Conservative Daily Podcast said on his show Friday, after playing a YouTube video titled purportedly from a Ukrainian man.

VOA could not independently confirm the authenticity or origin of the video, titled, “Save the Crocodile Tears for Ukraine,” which called out Western hypocrisy and echoed Russian talking points about NATO expansionism and influences Nazis in Ukraine.

A VOA analysis found that the video had been modified to erase data on when it was made. It also found that the Ukrainian man talking in the video bears a close resemblance to a man with an online profile that says he is an actor from Moscow.

Regardless of the video’s origin, Oltmann used it to segue to his views on Russia’s actions.

“There’s no part of me that wants Russia to go in and invade Ukraine,” Oltmann said on his podcast in response to the video. “But when you have military installations and biolabs, and by the way let’s talk about Zelenskyy jailing his opposition leaders. Let’s talk about him shutting down nationalized TV stations.”

Researchers have also seen Russian propaganda find its way onto far-right websites such as ZeroHedge or The Duran. And narratives sympathetic to Russia have also appeared on websites like The Grayzone, described by researchers as an outlet favored by both Russian and Chinese propagandists for its willingness to push anti-American and “anti-imperialist” views.”

VOA has reached out to both Rania Khalek and Joe Oltmann for comment on their roles in promoting what appear to be Russian narratives but has not yet heard back from either of them.

VOA also reached out to Meta, Google and Twitter about how the social media companies plan to handle Russian propaganda and disinformation coming from influencers who may not have direct connections to Russia or Russian-affiliated media.

Meta and Google have not responded as of publication of this article. Twitter shared a list of steps it has already taken to address disinformation and influence operations linked to the Russian invasion of Ukraine, including the suspension of more than a dozen accounts and the blocking of several links.

“Our investigation is ongoing; however, our initial findings indicate that the accounts and links originated in Russia and were attempting to disrupt the public conversation around the ongoing conflict in Ukraine,” Twitter said in the statement.

Redfish’s Twitter account, with almost 151,000 followers, pushed back against being banned from YouTube in Europe, tweeting it expected “a full ban on all platforms soon,” while promoting its accounts on TikTok and Telegram.

How much influence Russian-affiliated media will be able to have going forward and the degree to which Russia’s social media influencers will be able to sway the information environment is uncertain.

But researchers say it is unlikely Russia will give up on trying to weaponize the information space and will likely learn from the way its influence operations have been outflanked, at least so far, by Western governments and independent media.

“Any IO [information operation] campaign you put out has to be matched by the truth on the ground,” Omelas’ Evanna Hu told VOA. “This is something that the US military learned the hard way in Iraq and Afghanistan.”

Now in Ukraine, where its military advances have stalled, “Russia is starting to see that result,” she said.

Fatima Tlis contributed to this story.