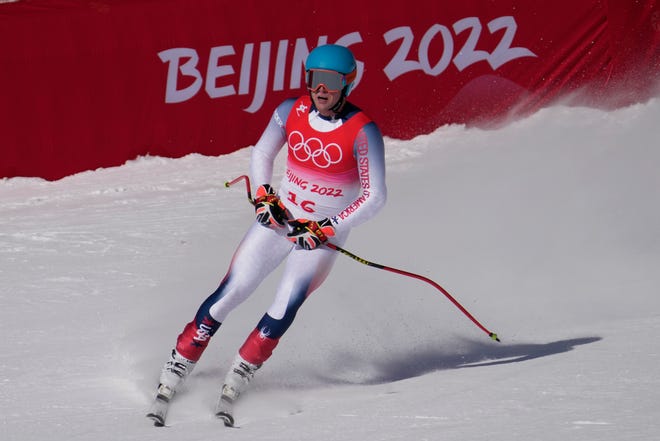 BEIJING – Ryan Cochran-Siegle is adding to his family’s collection of Olympic medals.

Fifty years after his mother, Barbara Cochran, won gold in the slalom at the Sapporo Games, Cochran-Siegle won the silver medal in the super-G on Tuesday. It is the first Alpine medal for the United States in Beijing, coming a day after Mikaela Shiffrin’s shocking DNF in the giant slalom, and assures that the American men will not leave the Olympics empty-handed, as they did four years ago.

Cochran-Siegle finished just .04 seconds behind Austria’s Matthias Mayer, who won gold for a second consecutive Games. Norway’s Aleksander Aamodt Kilde, who had won three of his four super-G starts on the World Cup circuit this season, won the bronze medal.

No other American was in the top 10, but the 15th-place of River Radamus bodes well for the future of the US men. It was the Olympic debut for Radamus, a three-time gold medalist at the 2016 Youth Olympic Games who turns 24 on Saturday, and he managed to crack the top 15 despite starting outside the top 30.

Travis Ganong was 12th and Bryce Bennett was 17th.

OLYMPICS MEDAL COUNT: Track the hardware in Beijing by country

EXCLUSIVE OLYMPIC UPDATES: Sign up for texts to get the latest news and behind-the-scenes coverage from Beijing

OLYMPICS NEWSLETTER: The best Olympic stories straight to your inbox

A win in the super-G at Bornio in December 2020 seemed to herald a breakout for Cochran-Siegle. But a month later he suffered what he described as a “minor broken neck” in Kitzbuehel, Austria, and missed the rest of the season.

But he was back by late last year. And now he has added another chapter to his family’s stored Olympic history.

Cochran-Siegle’s grandparents, Mickey and Ginny Cochran, built a ski area on their property in rural Vermont in 1961. All four of their children would go on to represent the United States at the Olympics, and grandchildren Cochran-Siegle and Jimmy Cochran have kept up the family tradition.

“I think every Olympics is different,” Cochran-Siegle said last week. “What my Mom experienced in Sapporo and my aunt Lindy experienced in Innsbruck, and then Jimmy with his two Olympics (2006 and 2010) and then mine in (Pyeongchang) and here, I think there’s similarities and there’s changes. It’s always cool when I go back home, just talking about what it’s like and having that little sharing session.”