Salaryman’s Club sells itself as a sports anime about adults, but this overlooked anime actually commits to that idea.

After its boom of popularity in the 2010s, a lot of newer sports anime fail to capture the magic of their predecessors. Every anime season has at least one in its roster, but most of them have fallen into obscurity. Some were hoping that Salaryman’s Club would be the anime to break this trend. Original anime projects are hard to come by and series featuring adult characters are just as rare, so it at least piqued the interest of anime fans interested in the sports genre. However, its overall reception has been lukewarm at best. There are plenty of viewers who enjoy the series because of its impressive animation and interesting character narratives, but others have had their expectations ruined.

With a title like Salaryman’s Club, a lot of anime fans were expecting it to be a series about working men in a sports team, which it is. However, the tone is vastly different from what was expected. The biggest issue with Salaryman’s Club is how, despite selling itself as an anime about adults, it feels like any other high school sports anime. Protagonist Shiratori Mikoto is the worst case of this. He acts like the typical high school prodigy, a common sports anime character trope, but it feels out of place because he isn’t a child who only has to worry about grades and sports. Yes, he is only 19 years old, but fans expecting the characters to be more mature have been let down by his childishness.

Anime fans don’t have to look too far for a series that does provide a mature story, though. Back in 2020, The Gymnastics Samuraialso known as Taisou Samuraiis also an anime original series that tells the story of an adult athlete with much more grace than Salaryman’s Club,

Gymnastics Samurai was overlooked when it first aired, likely for a few reasons. The Fall 2020 anime season was packed with popular anime like Jujutsu Kaisenanother season of Haikyuu!! and the newest addition to the Higurashi franchise. However, the biggest turn-off for fans was definitely in the first few minutes of Episode 1 because studio MAPPA decided to use CGI animation for the gymnastics routines. Anime fans are incredibly picky about CGI animation and very few series have managed to make it work. Those who move past that first performance, though, are rewarded with a great, albeit eccentric, story.

The main character Aragaki Jotaro is a man with a lot of worries. His wife is deceased, he has a daughter he has to provide for and his body is deteriorating as he ages. He suffered a shoulder injury some time ago and it has never been the same. Yet, he refuses to retire. Not just because of his pride or denying his weaknesses, but because he can’t let go of the sport yet. Jotaro wants to continue gymnastics, for himself and his daughter Rei, who wants to keep seeing her father doing what he loves.

Unlike Salaryman’s Club‘s Mikoto, though, solutions aren’t just handed to Jotaro. After refusing to retire, his coach fires him and he loses his position at his training facility. It takes time and personal reflection for him to realize his coach’s frustration and he’s given one last chance, but his struggle never becomes easier. Professional athletes rarely continue their careers past 30 years old, and Jotaro is right on that cusp. His youthful attitude about training until he drops and pushing through pain isnt going to keep working for him. Jotaro’s body has changed and his mindset needs to do the same. He starts getting acupuncture for his muscles, learns the value of taking breaks, and reworks his whole body to improve his weaknesses.

Jotaro’s battle against his body is exactly what a sports anime about adults should cover. He is not a child in an adult body, but rather a man coming to terms with the reality of his situation. Where Salaryman’s Club seems to desperately hold onto high school mentality with the protagonist being fresh out of it, Gymnastics Samurai actually commits to being about an adult with age-appropriate struggles. Jotaro isn’t a young kid in his prime anymore, but he’s still pursuing his passion and has the willingness to do whatever it takes to reach his goal. While his story may not be for everyone, it certainly hits the mark for being a real adult sports anime. 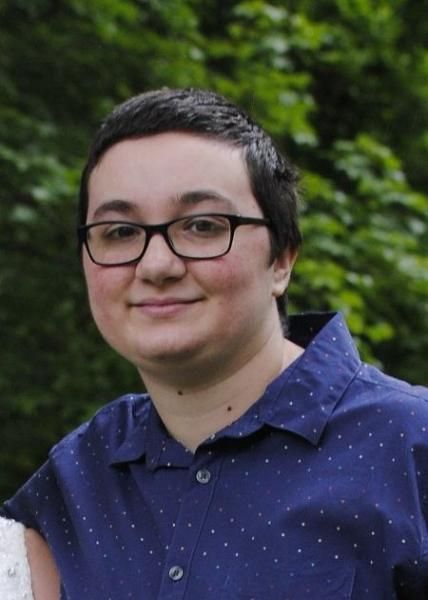 
Gina is an Anime Features Writer for CBR. She has been an avid fan of anime for a decade and has a lot of things to say about what she consumes. She started writing anime content on her own WordPress blog a year ago, and hopes to improve her craft with CBR. If you want to see a Twitter account run like a Tumblr blog, you can follow her @ProseAnime,