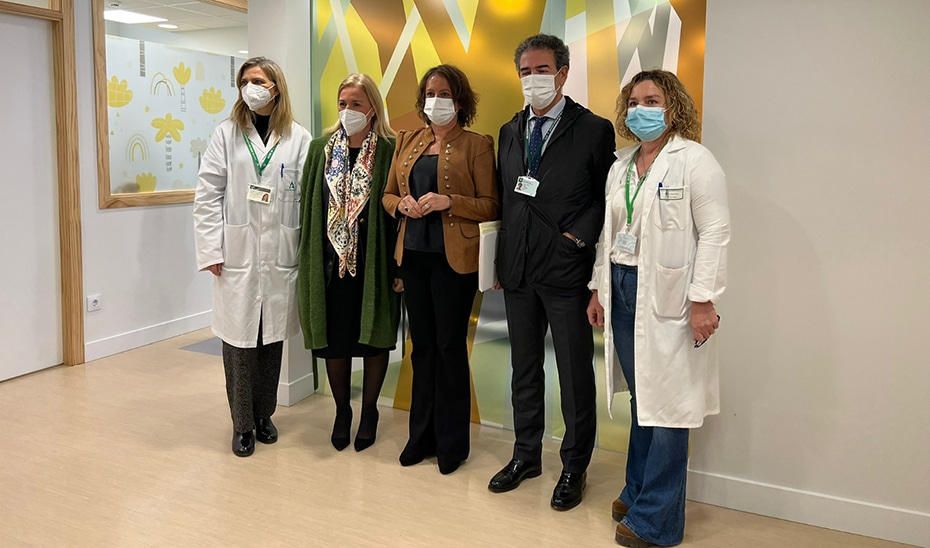 Garcia insisted that the board “Sensitive” to the “Demands of the Population” Responding to This Expansion of the Caregiver Center Population of over 38,000 users among adults (32,629) and children under 14 (5,398), In addition, he pointed out, the San Benito UGC (Clinical Management Unit) is located in “an area in expansion and urban and population growth”, which includes the Mesas de Estas, Mesas de Santa Rosa, and the airport area, which serves as their headquarters. In addition to seven social and health centers nearby, there are a total of 28 schools in which 9,893 students study.

Work began on 3 February and the new consultations for pediatric care were brought into use in the first half of August 2022., The health center occupies an area of ​​213 square metres, with six new consultations located in the atrium of the building, two waiting areas, a breastfeeding room, toilets and space available for staff use.

Invest in the Province of Cadiz

García, accompanied by representatives of the junta government in Cádiz, Mercedes Colombo; Underlined by the Regional Representative for Health and Consumption, Eva Pajares, and the Manager of the Health Management Region for Jerez, Northwest Coast and Sierra, Miguel Angel Ortiz “Significant” increase in investments by the Andalusian Health Service (SAS) in the province of Cádiz in recent years, 160% more, Thus, he elaborated that between 2011 and 2018, 80 million euros were allocated, with an annual average of 10 million, while in the previous legislature, From 2019 to 2022, 104.1 million is invested in the provinceWith an annual average of 26 million.

The consultant has elaborated that “these investments have created a Complete renewal of health infrastructure“With the construction of three new health centers in the province (Los Cortijillos in Los Barrios; Ángel Salvatierra and Valdelagrana in El Puerto); an investment of almost 10 million since 2018 in San Carlos Hospital; improvements in the maternity sector (1.35) million euros ), hematology, microbiology and biochemistry laboratories (470,746 euros) and a 25% expansion (850,000 euros) of the capacity of the Punta de Europa Hospital’s ICU.

Also in the Puerta del Mar University Hospital in Cádiz, the security of pediatric emergencies has been improved and reinforced with an investment of 850,000 euros, the new multipurpose medical day hospital has been built for 475,968 euros, new clinical With an investment of 1.2 million euros and 1.5 million euros for a comprehensive revamp of the sixth floor of the center affected by the fire, with an analysis laboratory unit, an innovative robotic system has been incorporated.

At the University Hospital of Puerto Real, improvements have been made to the emergency room to the value of approximately 234,000 euros; The dialysis water plant has been replaced and the surgical day hospital adapted, including a comprehensive revamp of two operating rooms with an investment of 340,000 Euros; and built a new hospitalization floor for older patients and palliative care (575,000 euros).

At the Hospital de Jerez, the emergency department of the maternal and child hospital was also expanded for 784,318 euros, with a new structure of 420 square meters, in order to strengthen security in the face of the pandemic; The generator set (800,499 Euro) and the dialysis water center (343,639 Euro) have been replaced and a new pathological anatomy laboratory has been built, which means three times the space than the previous facilities for the region, at an investment of 520,490 Euro Allocating, among other actions. In total, in Jerez, the investments made in these four years and planned for this legislature, such as the new Madre de Dios Health Center, exceed 20 million euros.

Finally, The councilor mentions the investments planned for this year, in which the ministry allocates 26.3 million euros to the province of Cádiz, which delivers 60% to primary care (15.9 million) and 40% to hospital care (10.4 million). Among the projects planned for 2023, García cites the completion of the improvement of the Critical and Palliative Care Hospitalization Area of ​​the Puerto Real Hospital (640,000 euros); Camposotto Health Center in San Fernando (2.9 million) and the new Madre de Dios Health Center in Jerez (11 million).