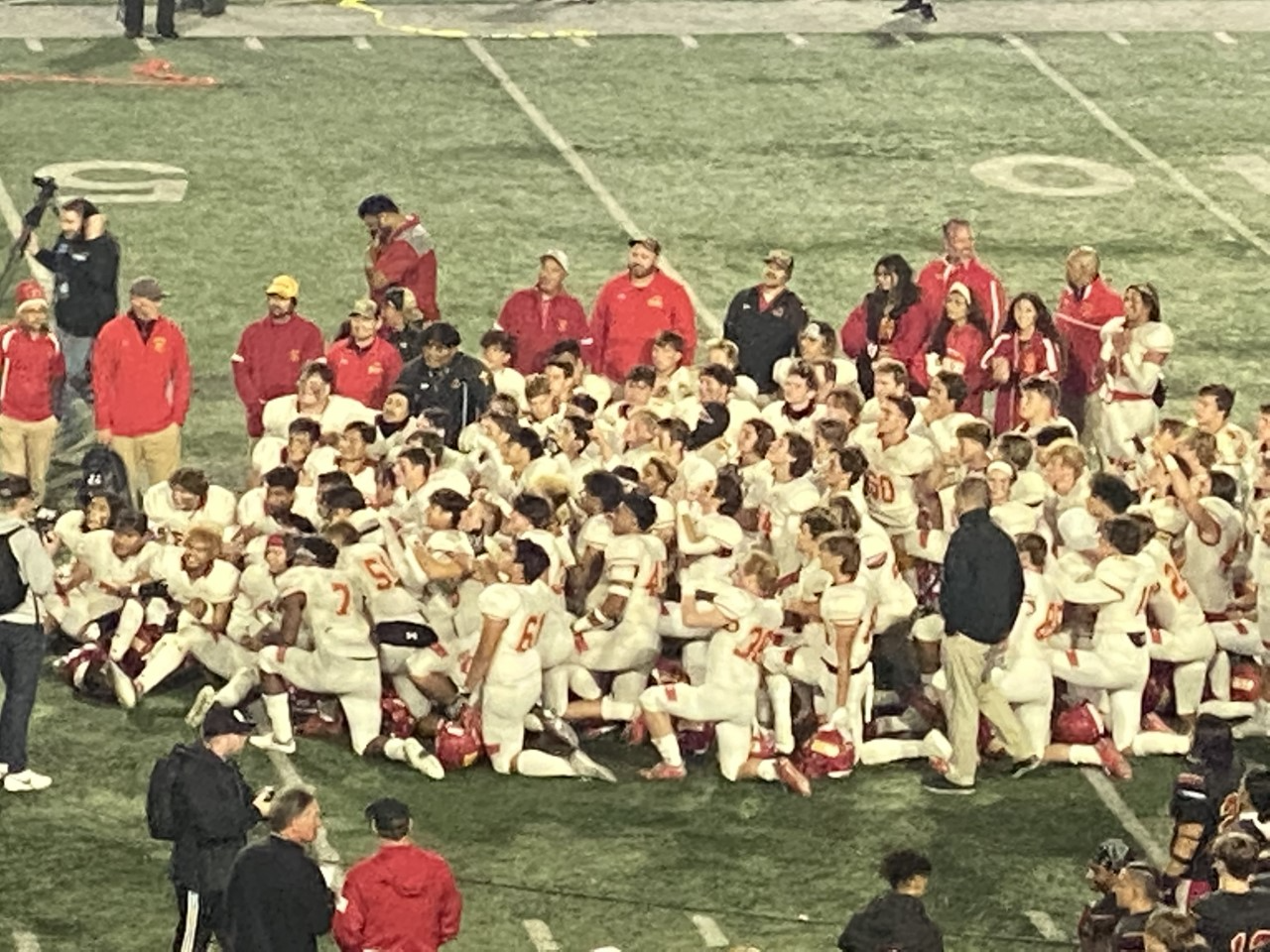 The state’s soccer playoffs are slated to be based on competitive equality, and a Division 1-AA regional game on Friday night between San Diego Cathedral and Orange Lutheran at Orange Coast College caused a frenzied back-and-forth kick won by Cathedral 71-62 …

Lucky Sutton, a senior refugee who received a fellowship from San Diego, made seven touchdowns, including runs 62, 45, 63, 75, 76 and one yard for the cathedral. Orange Lutheran’s Desmin Jackson hit touchdowns for 18, 42 and 76 yards.

But Orange Lutheran’s defenses weakened a lot in the fourth quarter, allowing the Dons to break away. The Dons poured it out with a 76-yard touchdown held by Sutton and a 27-yard touchdown touchdown by Darian Whaley for a 64-47 lead.

After a tumultuous second quarter with seven touchdowns, there were more violations in the third quarter. Waley ran 51 yards for a touchdown on Cathedral’s first possession in the second half, 34-27. Jackson then ran 76 yards for a touchdown to equalize 34-34. Tanoai Letuli fired Gonzalez in the scoring zone, ensuring the safety and a confident 36-34 advantage of the Cathedral. He had three bags. Sutton followed a 63-yard touchdown with a 43-34 lead.

The first half was as interesting as possible for people who love attacks. It ended with quarterback Charlie Mirer completing a 15-yard pass to Derik Wu and then completing a two-point pass at half-time 27-27.

Gonzalez had touchdown passes 35 yards for Lynch and 33 yards for Malik Blackmon. In the first half, Jackson ran 126 yards in nine transfers and had runs for 18 and 42 yards. Sutton demonstrated his speed on landings at 62 and 45 yards, and also caught a pass on the touchdown.

The Cathedral ran the Delaware T Wing, but focused little on running. The Lancers struggled to face Sutton after the first try. After he eluded the first attacker, twice there was no one to finish the job, and he simply overtook his pursuers. He had 178 yards in the first two quarters.

One of the reasons Southern Division 2 Champion Orange Lutheran has improved on a weekly basis since hiring Sherman in late summer is because of his staff. The attack coordinator is former Orange Lutheran and USC quarterback Aaron Corp. The offensive line coach is former Santa Ana Mater Day and UCLA lineman Chris Ward. The fact that USC and UCLA players can get along shows that Sherman knows how to choose assistants.

“Aaron didn’t end there, so it made things easier,” Sherman said.

The corporation moved to Richmond after playing for USC and was coaching in Norfolk, when Sherman invited him back to school, he helped win the state’s Second Division Cup as quarterback in 2006.

“I don’t think I would have come for another offer,” Corp. said.

Ward, a former assistant to Mater Dei, started the offensive coaching business when Sherman hired him to return to coaching in high school. He was influential in the growth of lineman Zachary Miller, who has an offer from Colorado.

The first year for Orange Lutherans is over, but the future looks bright.