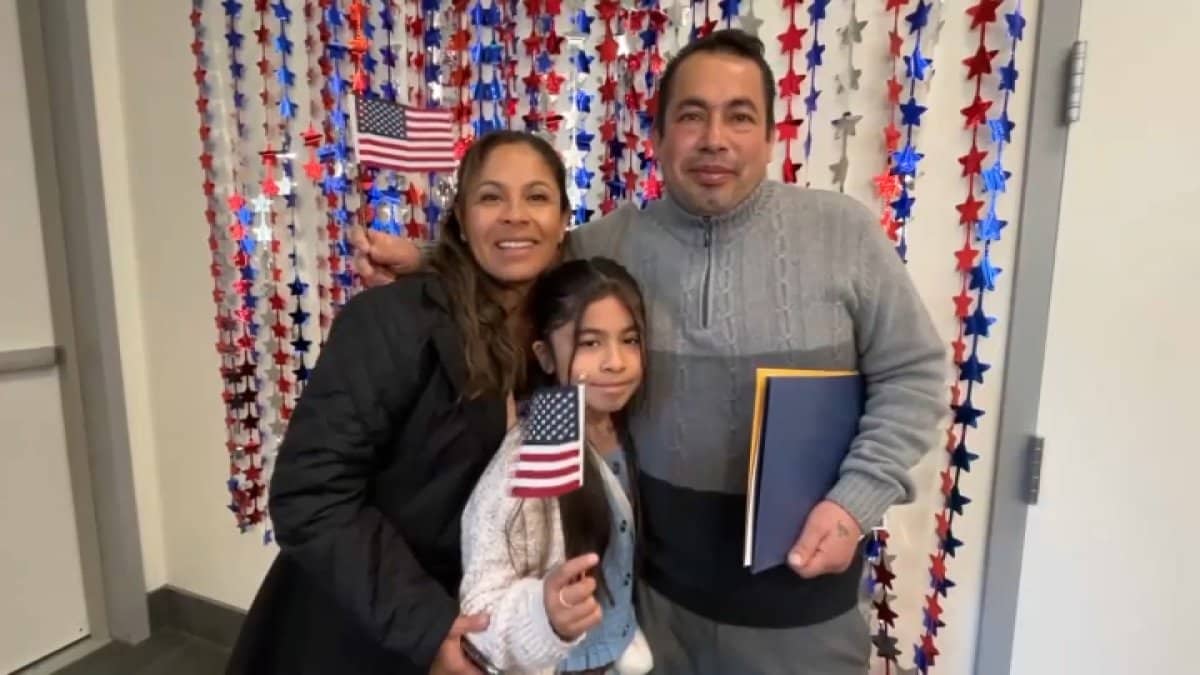 A total of 40 immigrants from 18 different countries received the long-awaited US citizenship certificates on Friday.

Rogelio Hernandez, a new citizen, said, “I cry with emotion, I remember my mother crying when I came to this country, her tears and I thought I would never see her again.”

It was the first in-person swearing-in held in San Mateo County since the pandemic.

Mario Portillo, a new citizen, said, “Of all the sacrifices, for example, I wasn’t there when my grandmother died.”

The new nationals were pleased with how fast the process was, as they were called for the exam four months after making the initial application.

“I didn’t imagine it would be like a Christmas gift that came so quickly,” said Yasmin Reyes, a Peruvian-born new citizen.

Congress member Jackie Speer was present at the ceremony and reminded them that democracy is also a responsibility.

“The insurrection of January 6, 2021, when violent groups stormed the national capitol, is an example of how fragile democracy is,” Speer said.

Speer explained to them that while there, he had to crawl, throw himself on the ground when he heard a shot and wondered if he was going to die. He also reminded them that we almost lost our democracy that day, hence the importance of new citizens recognizing their duty to protect it.

The Congresswoman, who is about to retire from her post, cited immigration reform assuring that it was close to being a reality ten years ago and we lost that moment. He stressed that he has no doubt that it will happen sooner or later, hopefully in 3 or 5 years, but realistically it will take 10 years.