Sanctions Against Russia Having Significant Impact on Russian Economy 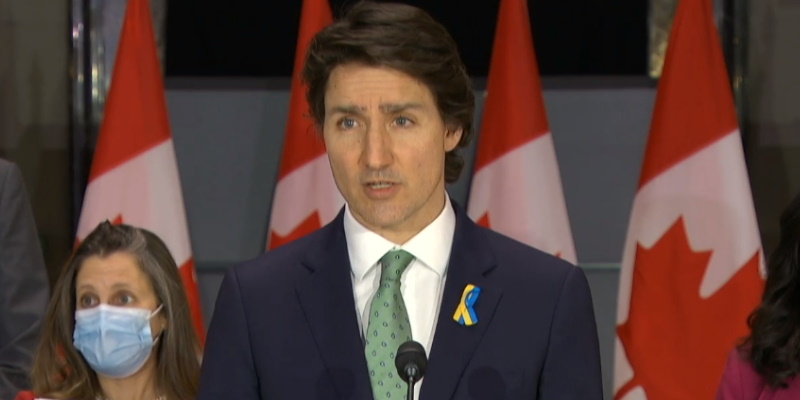 The Canadian government is sending new military supplies to Ukraine and is halting all Russian oil imports to Canada, accusing Russian President Vladimir Putin of making a “grave miscalculation” in his decision to invade Ukraine.

The Canadian government is sending about 100 anti-tank weapons to Ukraine along with 2,000 rockets. That’s in addition to both lethal and non-lethal weapons already sent to the country.

Canada reportedly imports about $550 million dollars worth of crude oil a year from Russia.

Prime Minister Justin Trudeau says economic sanctions against Russia are having an impact.

He says a rigorous review process is important says Trudeau in consideration of the independence of media in Canada, but many major providers are already removing RT “proactively.”

A local investment advisor says western sanctions against Russia are having a significant impact on the Russian economy.

Larry Short, a senior investment advisor with Short Financial, a branch of IA Private Wealth, says since sanctions were imposed, the value of the ruble has toppled to record lows.

That means that the cost of everything Russia imports—from food to electronics—has gone up by 25 to 30 per cent.

Because the ruble has dropped so dramatically, interest rates in Russia have increased.

He says Russian Central Bank has raised interest rates to 20 per cent, meaning the average Russian citizen is really hurting as a result.

Read Also:  These Epson printers suddenly stopped working, what can be done

Short says many credit cards issued by western banks no longer work. He estimates the cost of western sanctions on Russia are running in the range of about $20 billion dollars a day.

Meanwhile, continued economic pressure imposed on Russia by the west could have a softening effect, led by Russian oligarchs.

He says Russian oligarchs rely on contacts with the west to keep their money outside Russia, which could lead to further pressure to bring about a resolution.

Why Kangaroos in West Bengal are Bad News for Indian Forests

Explosion of the festival to the hero! Bring bikes and scooters home with just Rs 6,999, you will get a discount of up...