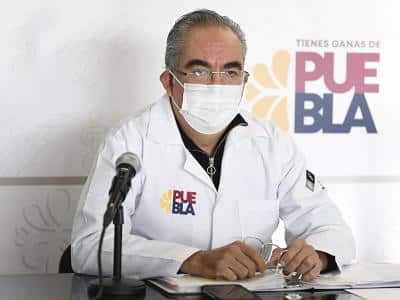 In the last 24 hours, 146 new cases of corona have been reported.

City of Puebla, Pu. , SARS-CoV-2 infections will rise sharply during January and February, due to seasonal illnesses such as influenza and respiratory syncytial virus (RSV), said Jose Antonio Martinez, the health secretary.

After calling for social prudence so that the people of Puebla continue with care and preventive measures, the official recalled that the decree of the mandatory use of face masks is still in force, which helps to reduce the transmission of the virus, because Based on epidemiologic experts, a tripledemia is being experienced.

Talking about hospitalization, there are 36 patients in the entire sector; Of those, only one required assisted mechanical ventilation. In addition, the head of health services reported that there are 1,325 active cases and hospitalizations in 48 municipalities.

Martínez García calls people under 5 years old but over 6 months; Those with co-morbidities between 5 and 59 years, 60 years and above, pregnant women, lactating mothers and health workers should come to get vaccinated against influenza, as the number of patients has increased.

He said that 18 permanent coronavirus vaccination points are still open, Monday to Friday from 08:00 am to 03:00 pm; He added that the first, second and second reinforcements are implemented as appropriate for their age.