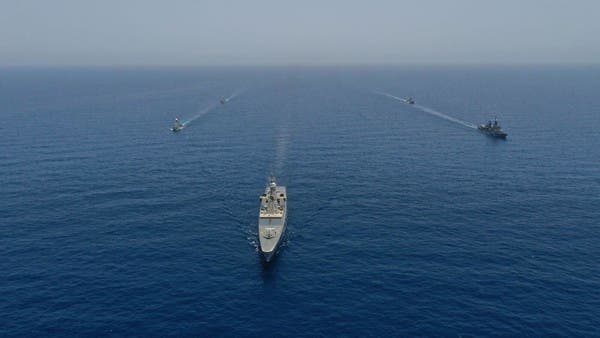 Saudi Arabia’s defense forces with their forces from the Red Sea coastal countries for the Red Wave-5 drill. (SPA)

According to the SPA report, the mission, which concluded on Thursday, involved “increased combat preparedness” and “in upgrading security capabilities to protect the seas and regional and international waterways and to guarantee maritime navigation in the Red Sea”. has contributed.

Saudi Arabia’s defense forces with their forces from the Red Sea coastal countries for the Red Wave-5 drill. (SPA)

The Saudi Air Force participated in the exercise with F-15 C/SA jets, while the US Air Force brought in F-16 and F-18 fighter jets.

The SPA explained that the joint venture helped them “develop their capabilities” and “increase efficiencies and enhance collaboration to meet the challenges”.