Saxon Barkley when he met Evan Neil: “Oh my god, who is he?” 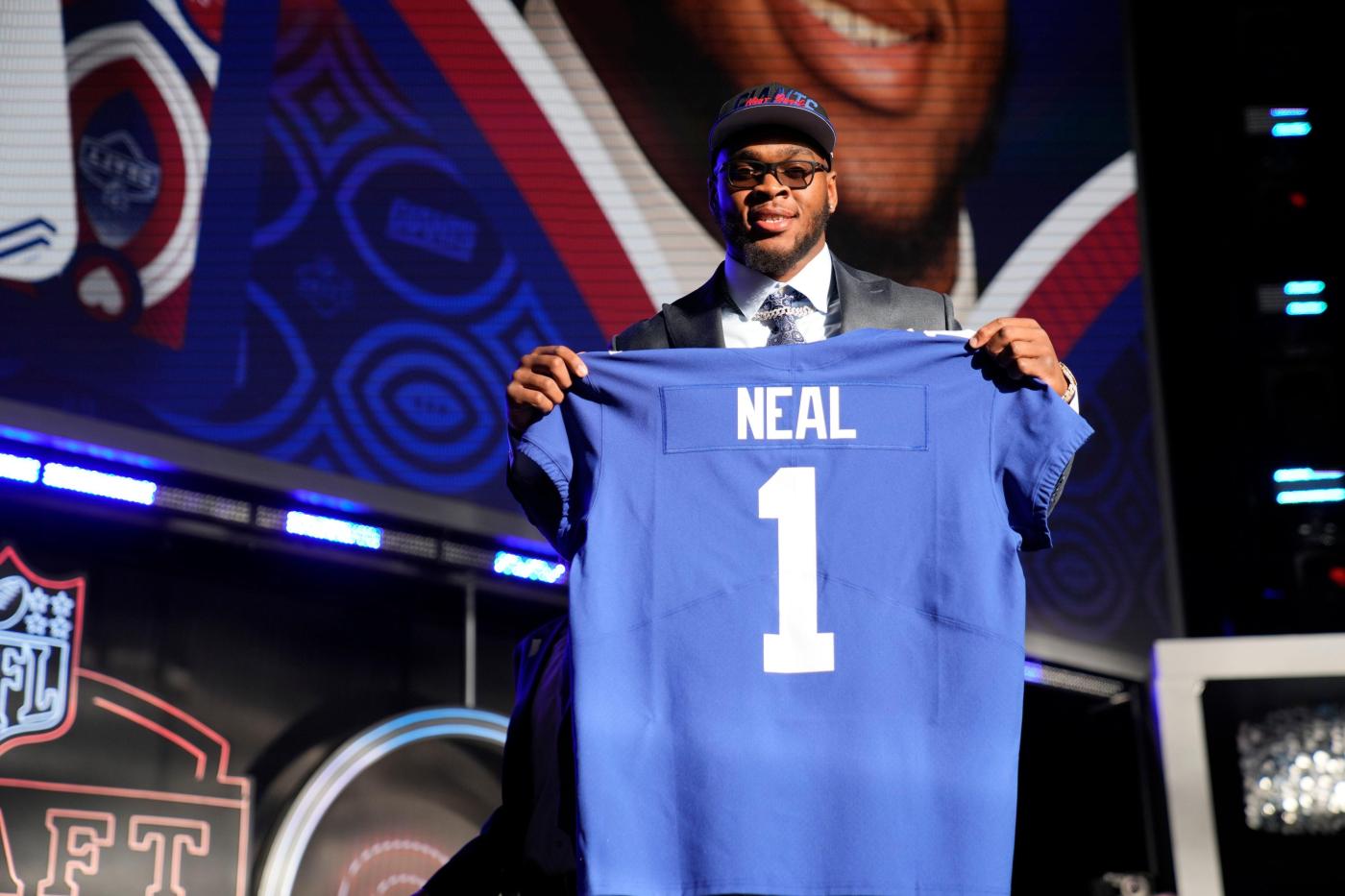 To say that Saxon Barkley is excited to tackle the new giants, Evan Neil, is an understatement.

“Evan Neal, he’s a physical specimen,” Barkley said Tuesday night at the United Way of New York City’s 29th Annual Gridiron Gala at The Glasshouse in midtown Manhattan. “He came in for the top 30 travel draft. All the draft guys were kinda from my locker. He was there and I was like, oh my god, who is that?

Barkley, one of Tuesday night’s hometown heroes, said he’s not making any big predictions or putting extra pressure on Neil (from Alabama) and No. 5 overall Kywan Thibodaux (from Oregon). All he knows is that they are two special additions to the team.

“They are great talents,” he said. “I’m especially selfishly excited when you see a 6-7, 350-pound lineman helping you, but not only me, the quarterback, and our offense in general.”

The Jets tackled Tuesday night’s other hometown hero George Fant, saying the size of Neil benefits him the most in terms of how he can “anchor” him on a nearby set.

“From what I’ve seen from him, he can really play out,” Fant said. “He’s tall, a big boy. Excited to see him play.”

Fant said of his team’s draft, which included Ahmed Gardner, Garrett Wilson and Jermaine Johnson in the first round:

“For us to go out there and take three picks, I thought we’d only get two. Looks like we’ve found some players that we really needed for our offense and defense. Bringing them in, work begins.” Excited to do it and win a few games.”

“It feels good,” he said with a smile. “Shows they still want me. And I want to be the New York Giant, so that’s cool.”

First-year GM Joe Schönen on Tuesday continued to make changes to the front office he had inherited. A source confirmed that Pro Scouting officers Ken Sternfeld and Matt Schauger are no longer with the club. Athletic first reported the news.

Before making these extensive staff changes, Schoen evaluated his staff for three months through his first NFL Draft.