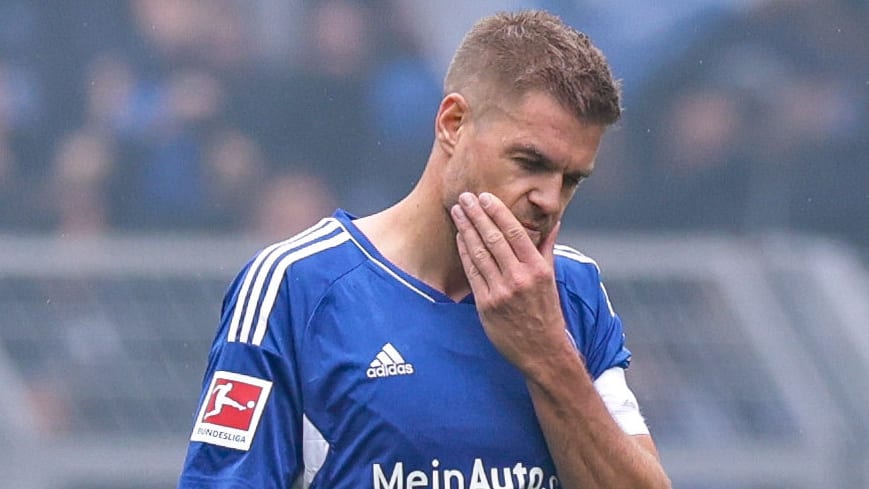 This derby gig scares a bit!

Schalke defended bravely in the 1-0 defeat in Dortmund, but didn’t take the offensive at all: felt no chance in 95 minutes!

Although trainer Frank Kramer (50) and sports director Rouven Schröder (46) had previously expressly called for courage, the attacking quartet in particular failed to do anything…

► Schröder: “We lacked actions forward to unsettle the opponent.”

► And midfielder Tom Krauss (21): “We were waiting for a moment that unfortunately didn’t come…”

Because so far Kramer has not brought his strikers, but also their suppliers, into Bundesliga form. In addition, when the score was 0-0, he preferred Alex Král (24 / signal: we don’t want to lose anymore!) as Rodrigo Zalazar (23 / signal: we still want to win!), bringing the Uru swirler only after the 0: 1.

At the same time, the question arises as to whether Schröder grabbed the flop shelf, especially with Polter (for 1.5 million euros from Bochum) as well as Karaman and Larsson (all three contracts until 2025). Because of the limited quality, Kramer can’t play much more than fight-and-cramp football with this squad…?

Either way, Schalke is now under pressure to win against Bayern conqueror Augsburg (2 October). The preparation for this week is manageable: friendly in Gütersloh (September 22nd) and a total of three days off…