Schools are closed as Hamilton cleans up after winter wallop 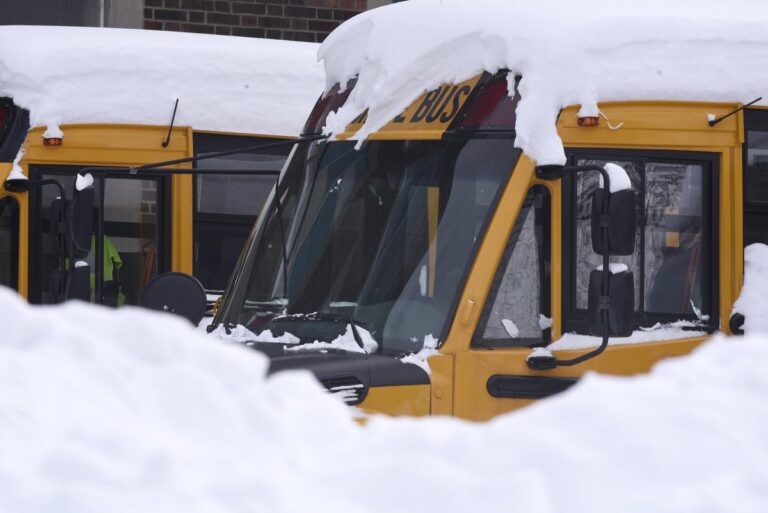 Environment Canada canceled a snowfall warning at 6:05 am Friday after a winter storm that started Wednesday moved through Hamilton and most of southern Ontario.

Schools and some community services are closed Friday as residents clean up. The storm dumped more than 33 millimeters of rain and six centimeters of snow on the city Thursday, according to the National Weather Service. That doesn’t include the snow that fell overnight into Friday.

There is a 30 per cent chance of flurries through the day on Friday and Hamilton could see two to four centimetres of heavy and blowing snow in the evening. High winds gusting to 70 km/h are possible. The wind chill overnight into Saturday is expected to range from -18 C to -11 C, according to the forecast.

That doesn’t include more minor crashes reported to the collision reporting centre. OPP said they have responded to about 200 crashes on GTA highways in the last 24 hours.

OPP is also reporting one fatal collision overnight on the QEW near Centennial Parkway.

The roads are set to reopen “as soon as it’s safe to do so,” according to Sniuolis.

The warning came two days after both HCA and Conservation Halton issued a flood watch due to the precipitation and snowmelt in the forecast.

According to a statement, water levels and flows of Spencer Creek (Upper, Middle and Lower), Red Hill Creek, and Ancaster Creek were “significantly elevated” Thursday afternoon, however significant flooding was not expected.

“Water levels have recently peaked in some watercourses, while others are expected to peak soon,” read the statement. “However, water levels may remain significantly elevated for several days.”

Residents are reminded to stay clear of all water bodies, including ice surfaces, and structures such as bridges, culverts and dams, both conservation authorities warned.

The flood warning will remain in effect until at least Feb. 21.

—With files from Fallon Hewitt