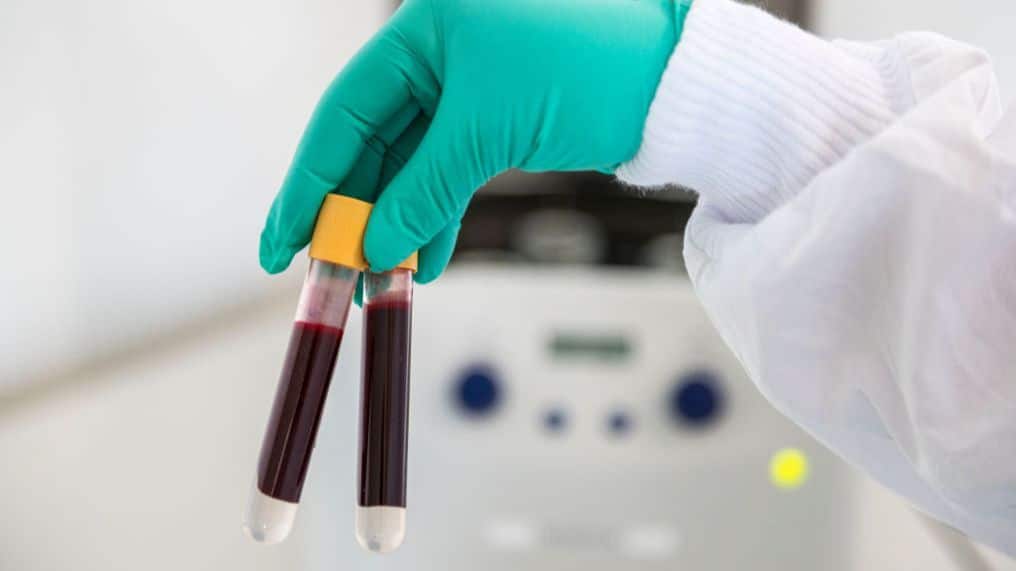 Scientists have developed a blood test to diagnose Alzheimer’s disease without the need for expensive brain imaging or painful spinal taps, where a sample of cerebrospinal fluid (CSF) is taken from the lower back. If it is valid, Test could allow rapid diagnosis of diseaseWhich means therapy could have been started earlier.

Research conducted at the University of Pittsburgh School of Medicine (USA) has developed a test to detect it. New marker of Alzheimer’s disease neurodegeneration in blood sampleAccording to Brain magazine.

Currently, to diagnose Alzheimer’s disease, it is necessary to detect three different markers: the presence of Amyloid plaques, tau tangles and neurodegeneration Slow and progressive loss of neuronal cells in the brain, that is, in specific areas of the brain.

“Diagnosis is achieved through a combination of brain imaging and cerebrospinal fluid (CSF) analysis. However, Lumbar puncture can be painful and people may experience headache or back pain after the procedure, while Brain imaging is expensive and takes time to program. Additionally, many patients do not have access to MRI and PET scanners. Accessibility is a big problem,” explains Dr. Thoma Karikari, lead author of the research.

suffer both forms of diagnosis Economic and Practical Limitations, which invoked the need to develop comfortable and reliable AT(N) biomarkers in blood samples, whose collection is minimally invasive and requires fewer resources. “Developing simple tools that can detect signs of Alzheimer’s in blood without compromising quality is an important step toward improving access,” says Karikari.

“The most important utility of Blood biomarkers to improve people’s lives and improve clinical confidence in diagnosis and risk prediction of Alzheimer’s disease,” says the American researcher.

The development of a reliable blood test is an important step. ,A blood test is cheap, safe and easy to administerand may improve clinical confidence in the diagnosis of Alzheimer’s disease and the selection of participants for clinical trials and disease surveillance”, defends Karikari.

but the biggest hurdle is Difficulty detecting brain-specific markers of neurodegeneration and are not affected by potentially confounding contaminants originating in other parts of the body.

For example, blood levels of light neurofilaments, a protein marker of nerve cell damage, are increased in Alzheimer’s disease, Parkinson’s disease and other dementias, making them less useful when trying to differentiate Alzheimer’s disease from other neurodegenerative conditions, On the other hand, the detection of total tau in the blood turned out to be less informative in comparison with the control of its levels in the cerebrospinal fluid.

Applying their knowledge of the molecular biology and biochemistry of the tau protein in various tissues, such as the brain, Karikari and his team, which includes scientists from the University of Gothenburg, Sweden, focused on developing a Na. Techniques for the selective detection of Bd-tau specific for Alzheimer’s.

To do this, they designed a special antibody that selectively binds to BD-tau, allowing it to be easily detected in the blood. They validated their test in more than 600 patients at various stages of the disease. The tests showed that the levels of Bd-tau detected by the new test in blood samples from Alzheimer’s patients matched tau levels in CSF and Reliably distinguished Alzheimer’s from other neurodegenerative diseases, The level of the protein also closely correlated with the severity of amyloid plaques and tau tangles in the brain tissue of people who died of Alzheimer’s disease.

The next step will be to validate the test in a wider range of patients., including people from different racial and ethnic backgrounds, and suffering from different stages of memory loss or other possible symptoms of dementia. studies will also include Older adults without biological evidence of Alzheimer’s disease.

Scientists hope blood levels of Bd-tau can be monitored Improving Clinical Trial Design and facilitates the selection and enrollment of patients from populations that have historically not been included in research cohorts.

“There is a great need for diversity in clinical research, not only because of skin color, but also because of socioeconomic status,” Karikari stressed. Trials should include people from different backgrounds to develop better medicines And not just those who live near academic medical centers.

These projects are critical to ensuring that biomarker results are generalizable to people of all backgrounds, and “Pave the way for this analytical to become commercially available for clinical use and broad predictionThe researcher concluded.

The test will be useful, above all, to neurologists who see patients in the early stages of the disease, when they have their first memory lapse, which may or may not occur by age 50 or 55. Early symptoms of amnesia. This is where it will be important: To detect patients who have a high probability of developing it, Because in Alzheimer’s, “you can go more than 20 years with the disease without any symptoms,” it is likely that when the diagnosis comes it is already too late.

In this case, it is not a commonly used test for the population., such as those being developed in the United States, rather a test that would be useful to the patient himself, but primarily to doctors and pharmacists. “This will serve to better select which patients enter clinical trials and the right patients who are best able to demonstrate the efficacy of the drugs being studied.” Because if drugs are tested on the right patients, they will have a better chance of success. that is, will be important to “get the curative drugs”Marta Barachina recently explained to NIUS.

“As soon as a drug comes on the market, neurologists can already promote preventive therapy with these patients,” warned the scientist. If diagnostics improve, tests improve, and if drugs come out of them, they can be used with the same patients.“, he highlighted.

for the patient, This test involves a simple blood test., which is processed in the laboratory like any other. But it involves having blood drawn, DNA sequenced and looking at some of the biomarkers that appear in early stages of Alzheimer’s. This returns the result “Percentage of progression to Alzheimer’s disease.” ie “likely to get Alzheimer’s.”

To calculate that probability, biomarkers are not enough, “they have to be analyzed with a predictive algorithm, which gives you your likelihood of Alzheimer’s,” Barychina explained. What’s interesting about their trials is that they do clinical follow-up of patients for years., If the person develops Alzheimer’s when they go back and have the blood analysis done the first time they see a neurologist, the information they receive is invaluable.

for now, This test has already been tested with 350 patients, With “promising results”, defended the researcher. They are currently in the process of expanding the trial to 750 people. With a single purpose: to achieve “optimization of the selection of patients”.