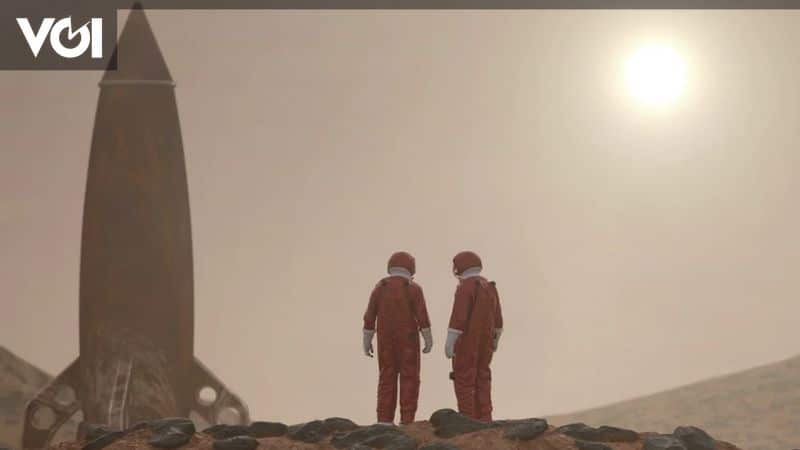 JAKARTA – Human efforts to colonize Mars in the future seem to be getting easier. The reason being, many scientists in Australia managed to find a way to produce metallic iron on the Red Planet.

sputnik news reported that if future missions to Mars were conducted and humans attempted to build structures there without relying on shipping raw materials from Earth, the findings would be very important.

Future manned missions to Mars should have a way to generate the resources they need on site, as supplying such missions from Earth can be costly and problematic, given the distance between the two planets. .

A team of scientists from Swinburne University of Technology in Australia has found a way to tackle this problem by devising a method to produce metallic iron on the Red Planet.

The method proposed by the team involved uses carbon “sourced from quenching carbon monoxide produced by the electrolysis of CO2 from the Martian atmosphere” as a reducing agent to extract iron from Martian regolite via a carbothermic reaction. In.

Last year, NASA’s Mars rover Perseverance performed CO2 electrolysis during an experimental process aimed at generating oxygen from CO2 on Mars, and the research team hopes to take their metal extraction process from an oxygen production plant. Can be added, as Mining points out.

Lead researcher Akbar Ramdhani said in a statement that his intention was to “develop a metal extraction process on Mars that actually uses Besides Resources – without bringing reactants from Earth.”

“If you want to build something big on Mars without paying to launch everything from Earth—think big satellites, Martian colonies, refueling depots, and more—it can be a very worthwhile process,” says Ramdhani. he said.