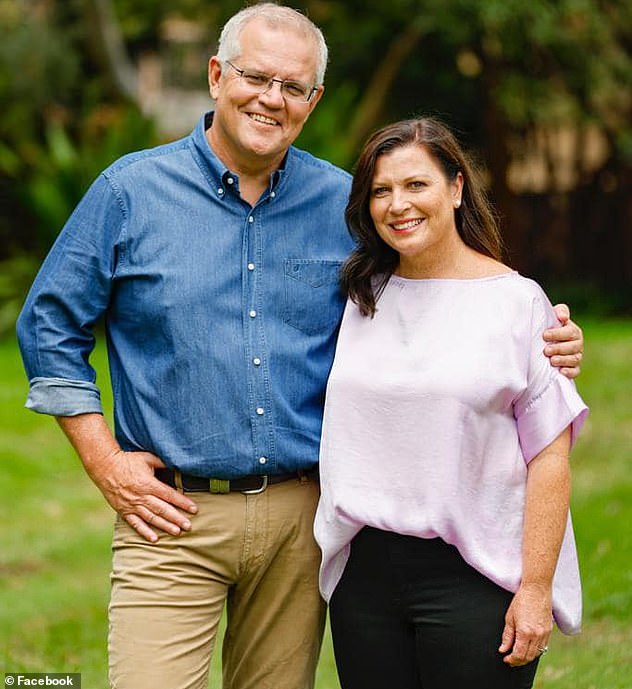 Scott Morrison has admitted he is ‘punching above his weight’ with his wife Jen, hot on the heels of a Valentine’s Day tribute.

Mr Morrison’s confession came as he revealed how the couple deal with being trolled after online backlash to their 60 Minutes interview at the weekend.

During Sunday’s segment, Mrs Morrison criticized campaigner Grace Tame for lacking manners when she refused to smile for pictures at The Lodge, sparking outrage.

Asked on Tuesday how she copes with the trolls, Mr Morrison said: ‘Taylor Swift, the haters are gonna hate, shake it off. That’s Jenny’s approach.’

The Prime Minister claimed he is able to blank out criticism and focus on leading the country.

‘There’s always going to be those who have a crack at you and you just you just park that over there in the bin and you get on with the job that you have and do the best you possibly can for the people who elected you to do it,’ he told radio 2SM. 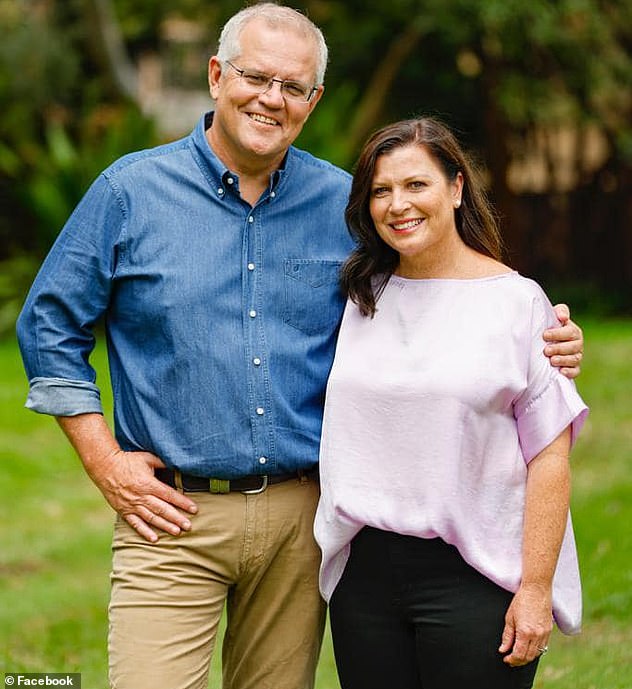 Prime Minister Scott Morrison marked Valentine’s Day by posting this photo to Facebook and adding: ‘Happy Valentine’s Day Jen. I’m so glad you didn’t ‘run’ all those years ago. Have a great day’ 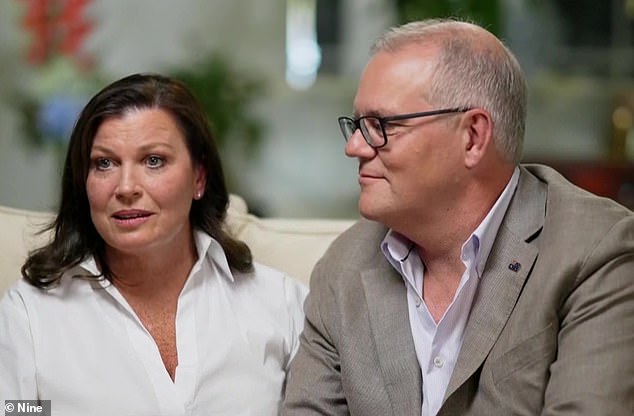 Mr Morrison said Jenny has been inundated with positive messages from supporters all over Australia since appearing on 60 Minutes.

‘She’s so grateful for the overwhelming messages of support that she’s received, from people right across the country,’ he said.

In a gushing tribute to his wife of 32 years, the Prime Minister added: ‘I’ve been punching above my weight for a very long time. There’s no doubt about that. I am blessed. 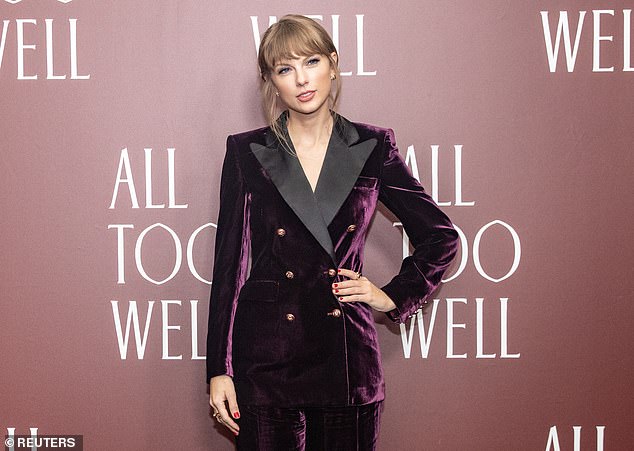 Asked on Tuesday how Jenny copes with the online trolls, Mr Morrison said: ‘Taylor Swift, the haters are gonna hate, shake it off. That’s Jenny’s approach.’ Pictured: Pop star Taylor Swift who sang the hit Shake It Off

‘She tells it pretty straight. She’s always done that with me. She’s strong and she’s determined, but she’s loving, caring and kind as well.’

Earlier on Tuesday Mr Morrison hit back at his ‘sneering’ critics who attacked him for washing a trainee’s hair at a salon.

The prime minister massaged an apprentice’s head two weeks ago while visiting Coco’s salon on the Mornington Peninsula, southeast of Melbourne.

The photo op was blasted by both sides of politics with Labor calling it ‘weird’ and conservative commentator Andrew Bolt branding it a ‘sad stunt’. 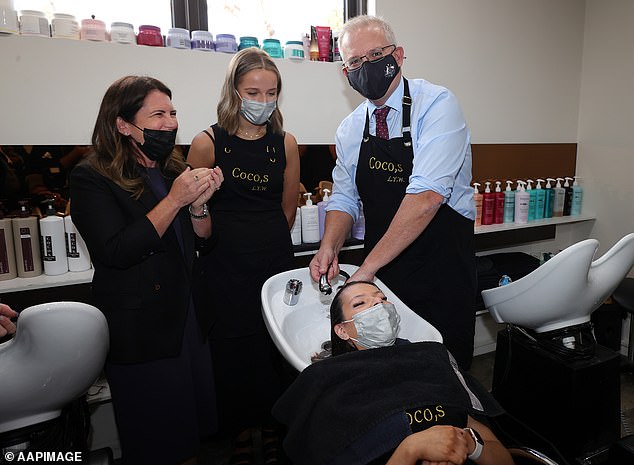 Mr Morrison was also criticized for his ukulele rendition of Dragon song April Sun in Cuba on Sunday night’s 60 Minutes, with even the band calling it a ‘cynical move’ to ‘humanise’ himself ahead of the election.

But the prime minister hit back on Tuesday morning, accusing his critics of ‘sneering’ at millions of Australians.

‘I remember people having a crack at me the other day because I went to a hairdressers,’ he told Sydney radio 2GB.

‘These were trainees and apprentices who wanted to show me what they’re learning on the job.

‘So if people want to sneer at me for that, for other things like playing the ukulele, fine, they’re sneering at millions of Australians who just get on with their lives and do a great job.’ 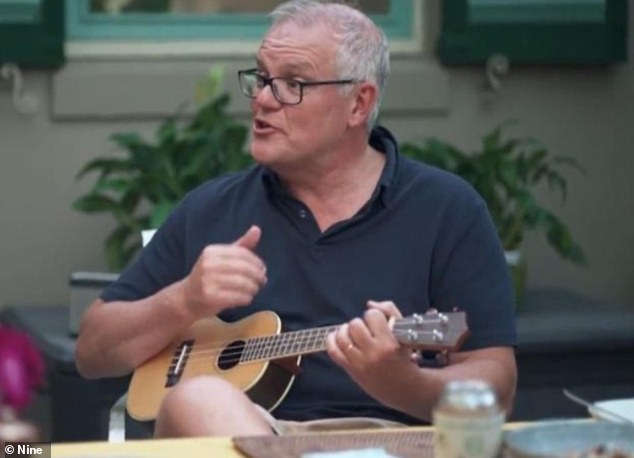 Mr Morrison said playing the ukulele for Karl Stefanovic was his idea, adding: ‘They wanted to talk about how we live and what we do and, yeah, that’s what I do.’

After the prime minister’s salon visit, Labor frontbencher Penny Wong Tweeted: ‘Weird from a bloke who reckons Australians want the government out of their hair. His stunts and distractions are getting pretty desperate.’

Labor MP Steven Jones said Mr Morrison should have visited an aged care home instead, writing: ‘If the prime minister really had the urge to get a photo washing someone’s hair he could have gone to an aged care home, taken a RAT, dressed in full PPE and helped the staff wash and dress the residents.’

The ACTU called on Mr Morrison to ‘stop playing to the cameras and do his job’.