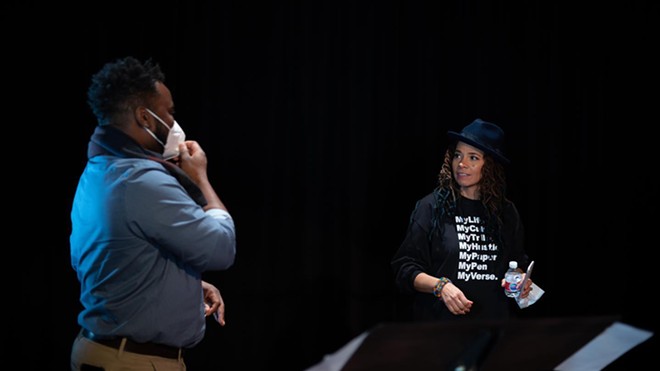 The second annual Obsidian Theater Festival is coming back to downtown Detroit to highlight emerging black voices in the performing arts. Since last year’s plays were streamed due to the pandemic, this is the first year we can actually enjoy the festival live and in person.

Four plays, two musicals and two performance artists are slated for the weekend, including a play by Detroit native and Craze Live Arts fellow Shantai Brown we own everything, which tells the story of three cousins ​​who are trying to decide who gets the rights to their late uncle’s car in a game of pool. Other plays include Brandi Victoria Durham. wild horses About a group of campers being hunted by an annoying “Karen,” and MD Schaefer’s rodeo clown including Edmund Allyn Jones (who did an excellent job in Dominic Morrissey) Detroit ’67 Charles H. in the right). Detroit spoken word artist Ben Will, who opened for Rupi Kaur and Al Green, rounds out the weekend with an evening of music and poetry.

Performances begin Thursday, June 23 and are spread across three Detroit locations: the Marlene Boll Theater in downtown YMCA, the Chrysler Black Box at the Detroit Opera House, and Aretha’s Jazz Cafe at The Music Hall. Tickets are free, with a requested donation to the Detroit Public Schools Foundation or Black Theater United, or the Ghostlight Arts Initiative. For more information, including the full lineup and schedule, check out obsidianfest.org.