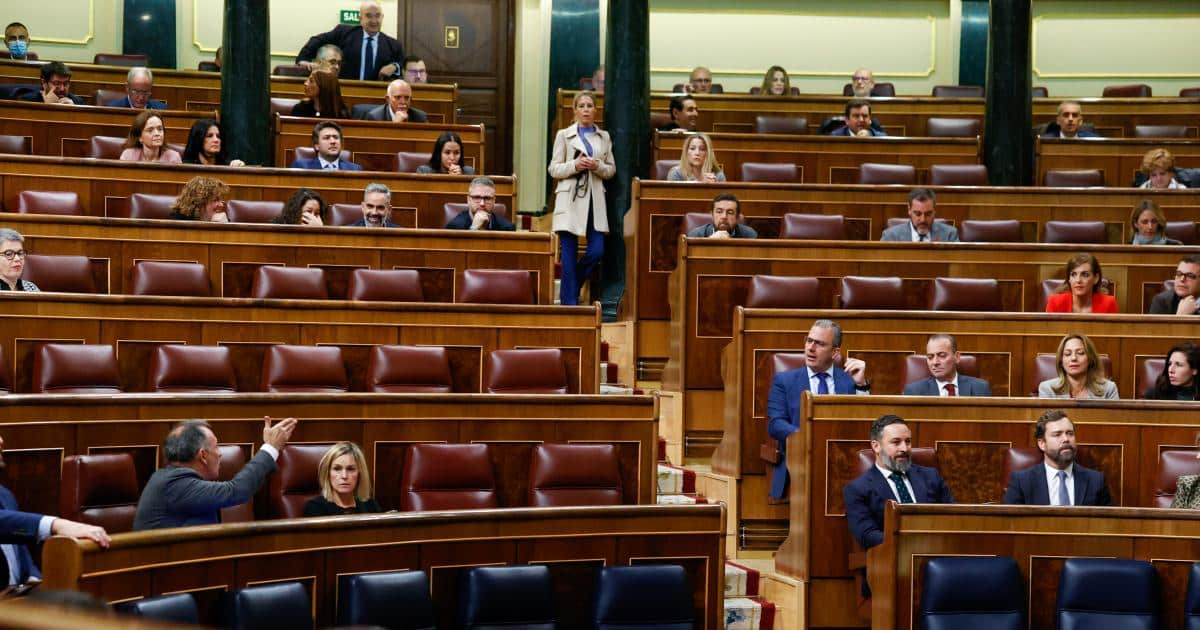 Reform to repeal the crime of treason gains momentum after congressional majority this Thursday with votes from PSOE, Unidas Podemos and his usual parliamentary colleagues have rejected the amendments outright. The text was submitted, which will continue with the aim of being approved before the end of the year.

plenary session of the lower house Have rejected the amendments of PP, Vox, Ciudadanos, Junts and CUP To propose a legal change promoted by the PSOE and Unidas Podemos, which seeks to change the crime of sedition to grave public disorder, reducing the maximum sentence for sedition from 15 to 5 years, and in which 8 years punishment is included. disqualification.

In an extraordinary session and only a week after Congress approved processing of the initiative at dawn, the same criticisms of opposition to the executive branch were heard again in the chamber for a text that became, in the words of P.P. “On the dictation” of politicians condemned by the “Process”.

But the condemnation of groups such as the CUP and the Junts has also returned to consider that Proposal threatens peaceful protestRisks warned by unions and Amnesty International.

In a nearly empty chamber and with the government’s blue bench empty during the debate, people’s deputy Carlos Rojas unsuccessfully asks the socialist delegates to break voting discipline to support his amendment, which he considers to be a crime of treason. advocate for retention. And punish illegal referendums.

Rojas holds that the reform is a “total revision” to the Supreme Court ruling that condemned leaders of “procedures”, and guarantees thatWhen the PP rules, “the crime of sedition will return to the Penal Code, similar to the dignity of politics”.

His speech did not make a dent in the PSOE, whose spokesman, Felipe Sicilia, once again accused the PP of “pitting some Catalans against others” and not understanding that “Spain is a plural and diverse country”, and has defended the socialists’ call for “dialogue and agreement”.

Also from Unidas Podemos, the president of his parliamentary group, Jaume Asense, has endorsed a motion that seeks to “fix the struggle” against a PP that has accused “authoritarianism”, “prisons” and “battle blows”. responded with “peaceful agitation”. that demands respect”.

Vox spokesman Javier Ortega Smith He has directly suggested to separatists to “renounce Spanish nationality” and request “North Korea, Cuba or Venezuela”, and warned of the “call effect” that, in his opinion, this law could have on Catalan sovereignty. The line applies, along with the leader of the Ciudadanos, Inés Armidas, who has assured that “separatism will try again” and accused the government of “taking sides” with the “coup”.

Facing criticism from some groups of the text for jeopardizing peaceful mobilisation, the ERC sent a message of peace as “all the legislative process is yet to take place” to improve an initiative which it sees as part of the independence movement. Considers an achievement for. your spokesman, However, Carolina Telecchia has made it clear that her aim continues to be forgiveness. and self-determination, in the face of denunciations coming from Juntes, who have accused him of “accepting everything that (Pedro) Sánchez puts on the table for them.”

Once the veto has been overcome, the bill will now go through a process of partial amendment, at which time the ERC will take the opportunity to resume debate on the amendment of the offense of embezzlement, for which the other leaders are “in process” and against. The allies of the coalition government are cautious.

The view of the majority groups is that all of this can be quickly ratified and debated and approved by a full session of Congress in the week of December 19 for its referral to the Senate, where it is likely that it will be expressed. Processing document will be completed. Changes to the Penal Code before the end of 2022