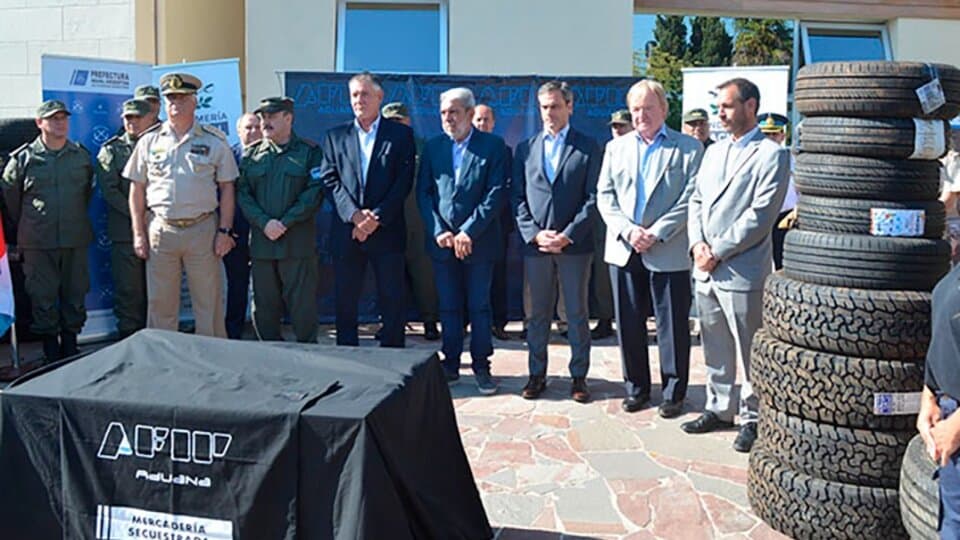 this Tuesday National Gendarmerie received In an act led by the Minister of Security, Aníbal Fernández, and the Director of Customs, Guillermo Michel, 163 tires seized by the National Customs Directorate in Gualeguaychú, This was possible thanks to the signing of a tripartite agreement between the Federal Force, Customs and the Ministry of National Security.

“All this that you see here would have gone into the trash or been incinerated and Argentina would not have gained any kind of benefit,” said Fernández, speaking in front of the customs building in Gualeguechu where the delivery took place. Location.

The idea is that goods confiscated by the state are returned to society in the areas that need them most, especially in areas such as security, health, and environmental protection., The minister commented, “We believe that by doing this we have recovered something that will belong to Argentina: it will go mobile to any federal force and will not require the purchase of tires.”

since july last year Customs seized 37,665 tyres, of which 15,645 are already available for delivery to security forces, More than 22 thousand covers are in the process of legal availability. “Every day we make seizures, put a total presence across the country,” said federal administrator Carlos Castagneto.

The first delivery intended for security forces consisted of 163 automobile tires with a minimum average value of $40,750. Another 3,420 are covered in the Hidrovia region.

officials insisted Importance of being able to retransmit what was confiscated, First, there is the economic factor that drives the purchase of tires. Furthermore, in terms of safety, the activities of the workers can be carried out more efficiently.

The carbon emissions avoided by incineration will also help the environment, if it is taken into account that each ton of rubber emits about 1.5 tonnes of CO2, “This symbolic act is also quite concrete and effective: we have recovered something that will belong to Argentina,” said Fernández.