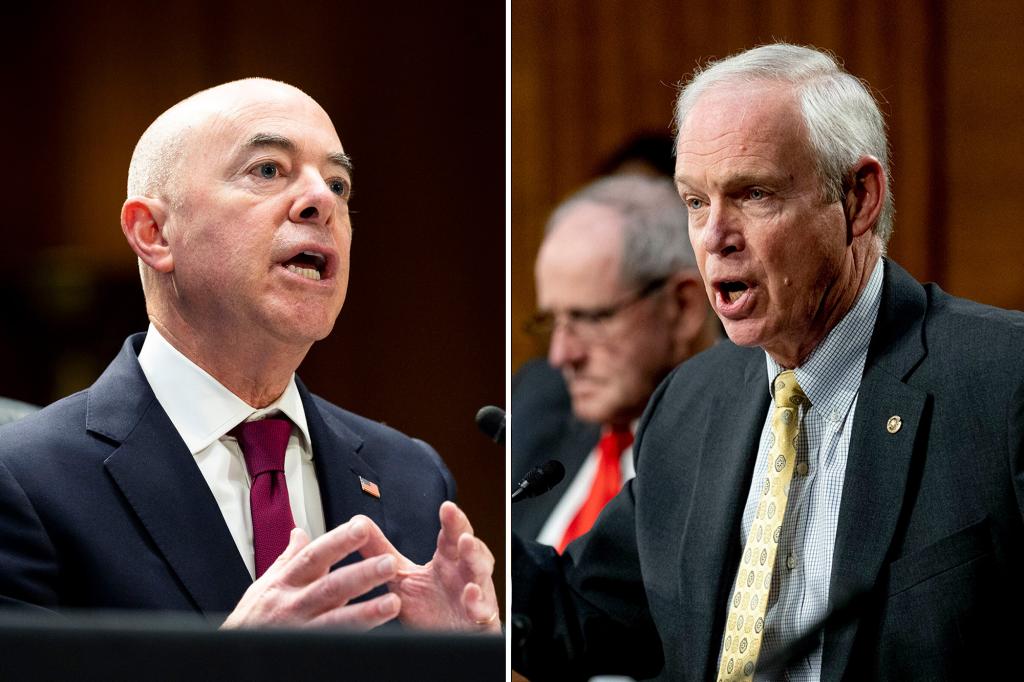 Sen. Ron Johnson ripped Homeland Security Secretary Alejandro Mayorkas over the administration’s immigration policies, saying he is abetting “some of the most evil people on the planet” by failing to secure the southern border.

“He had no idea on the numbers of all the human depredations caused by his administration facilitating the business model of some of the most evil people on the planet: The human trafficking. The sex trafficking. The drug trafficking,” Johnson (R-Wisc.) told host John Catsimatidis on his WABC 770 AM radio show in an interview that aired Sunday.

“He is completely oblivious to it,” the senator said.

Johnson said the first thing President Biden and Mayorkas must do is acknowledge there is a problem at the border.

Johnson said the Biden White House and the administration of former President Barack Obama have been a disaster for Americans.

The media and big-tech, he said, are complicit in hiding the failures of those administrations.

“They got [Biden] Elected — a man who campaigned from his basement. They covered up the Hunter Biden … laptop story. That was all censored. The corruption of the media in all of this also has to be pointed out. That is one of the reasons they … get away with the … out-of-control border crisis. The mainstream media is not reporting on it,” he said.

After The Post’s expose on Hunter Biden’s foreign business dealings, based on information found on the first son’s abandoned laptop in October 2020, Twitter blocked the tabloid from sharing the articles for more than two weeks before relenting.