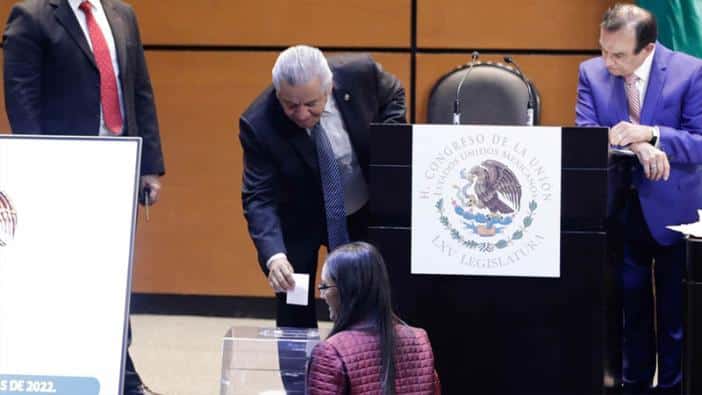 In recent days, the Permanent Commission of the Senate of the Republic confirmed Carlos Manuel Joaquín González as Ambassador of Mexico to Canada.

During the Permanent Commission session, legislators participated in a vote, with 23 votes in favor, 12 against, and one vote, ratifying the proposal of the federal executive on the appointment of Carlos Manuel Joaquín Gonzalez as Ambassador Extraordinary and Plenipotentiary of Mexico to Canada. supported not to take

After endorsing the opinion, the chairman of the board of directors, deputy Santiago Creel Miranda, accepted the legal protest of Carlos Manuel Joaquín González as Mexico’s ambassador to Canada.

Members of the Permanent Commission highlighted the importance of strengthening ties with the northern country, and highlighted the trajectory of Joaquin Gonzalez and expressed confidence that he would represent the country with honor through his position.

The session also opened a space for MLAs from PAN, PVEM, PT and Morena to speak regarding this ratification.

In his welcome message, Sandoval Ballesteros said that in order to contribute to the constitutional and legal mandate of the Permanent Commission, it is essential to manage the issues referred to it with the greatest efficiency.