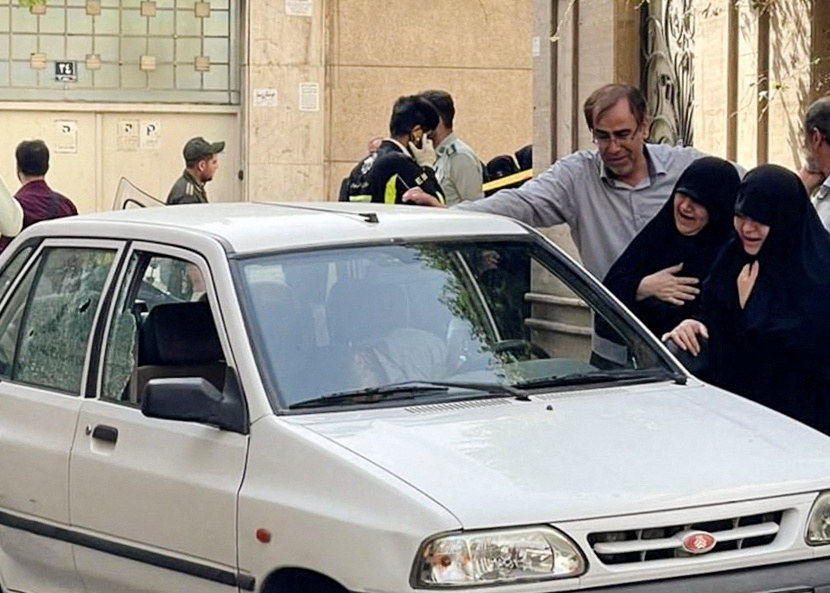 TEHRAN, Iran ( Associated Press) – A senior member of Iran’s powerful Revolutionary Guard was killed on a motorcycle by unidentified gunmen on a motorcycle outside his home in Tehran on Sunday, state TV reported.

Although the guards gave little details about the attack in broad daylight in the middle of Iran’s capital, the group blamed the killing on “global arrogance”, usually codes for the United States and Israel.

That charge, as well as the brazen killing style, raised the possibility of a link with other motorbike killings previously attributed to Israel in Iran, such as those targeting the country’s nuclear scientists. There was no immediate claim of responsibility for the attack.

Reports identified Khodai only as “temple keeper”, a reference to the Iranians who fight in Syria and Iraq against the extremist Islamic State group within the Guard’s elite Quds force that oversees foreign operations.

Little information about Khodai was publicly available, as Quds officers are known to have been carrying out covert military operations, including Hezbollah, the Lebanese terrorist group, and other militias in Syria, Iraq and elsewhere. stands by.

Tehran prosecutors arrived at the crime scene within hours of the murder and called on the police to arrest the perpetrators immediately. The speed of the investigation suggested Khodei’s prominence in the suspicious composition of the Guard’s overseas operations.

Those operations have come under repeated Israeli airstrikes in Syria. An Israeli strike near the Syrian capital Damascus killed two Guard members in March, prompting Iran to retaliate with missile barrages in northern Iraq.

State TV reported that security forces were chasing the suspected assailants, without giving further details or a reason for the murder.

Around the same time, state-run media said that Revolutionary Guard security forces had uncovered and arrested members of an Israeli intelligence network operating in the country, without revealing whether they had any links to Khodei’s murder.

US to resume enforcement of illegal bird kills by industry