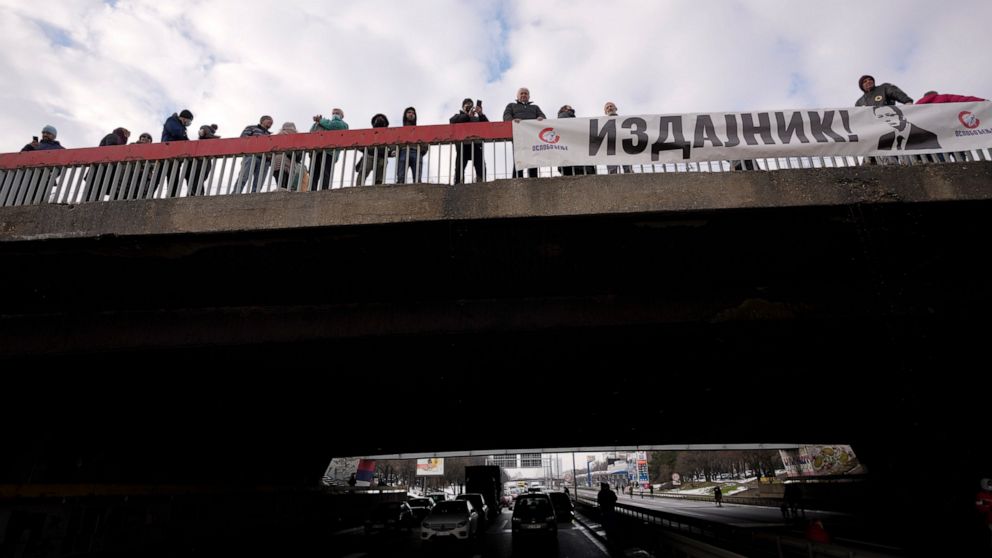 Belgrade, Serbia – Environmental protesters demanding the cancellation of lithium mining plans in western Serbia again took to the streets on Saturday, blocking major roads and crossing the border for the first time.

Traffic on the Balkan nation’s main north–south highway was halted for more than an hour in the capital Belgrade, along with several other roads across the country, including Serbia’s border with Bosnia.

Minor incidents have been reported with angry drivers trying to clear their way through the crowd. Witnesses told N1 television that one person was injured in an incident in the western city of Sabak.

Environmental groups want Serbia’s populist government to block the possibility of lithium mining in western Serbia. Activists have pledged to continue the blockade until their demands are met and the Rio Tinto mining company is “expelled” from Serbia.

Thousands of people joined similar demonstrations several weeks ago, forcing the government to roll back two laws that activists said were designed to speed up the country’s mining plans.

“It’s an ecological catastrophe, I think Serbia is already a foot inside, and is threatening even worse[disaster],” said Belgrade resident Mirjana Podolcek.

Another demonstrator, Janko Krizan, believes that “it is our duty to come here.”

“Rio Tinto will not only pollute Serbia, but it will pollute everything else, the whole system, everything,” he said.

Rio Tinto has carried out exploration in western Serbia, but environmental groups want the project to be scrapped, saying that lithium mining would devastate the surrounding farmland, water and the region’s entire ecosystem.

Environmental issues have become a public concern in Serbia as the country of 7 million people is facing poor air pollution, poor waste management and many other environmental problems that have accumulated after decades of neglect. Those environmental issues will have to be tackled in order for Serbia to move forward in its bid to join the 27-nation European Union.

Follow all Associated Press stories on climate change and pollution at https://apnews.com/hub/climate.

Rita Moreno: Pathbreaker, Activist and ‘A Kick in the Pants’