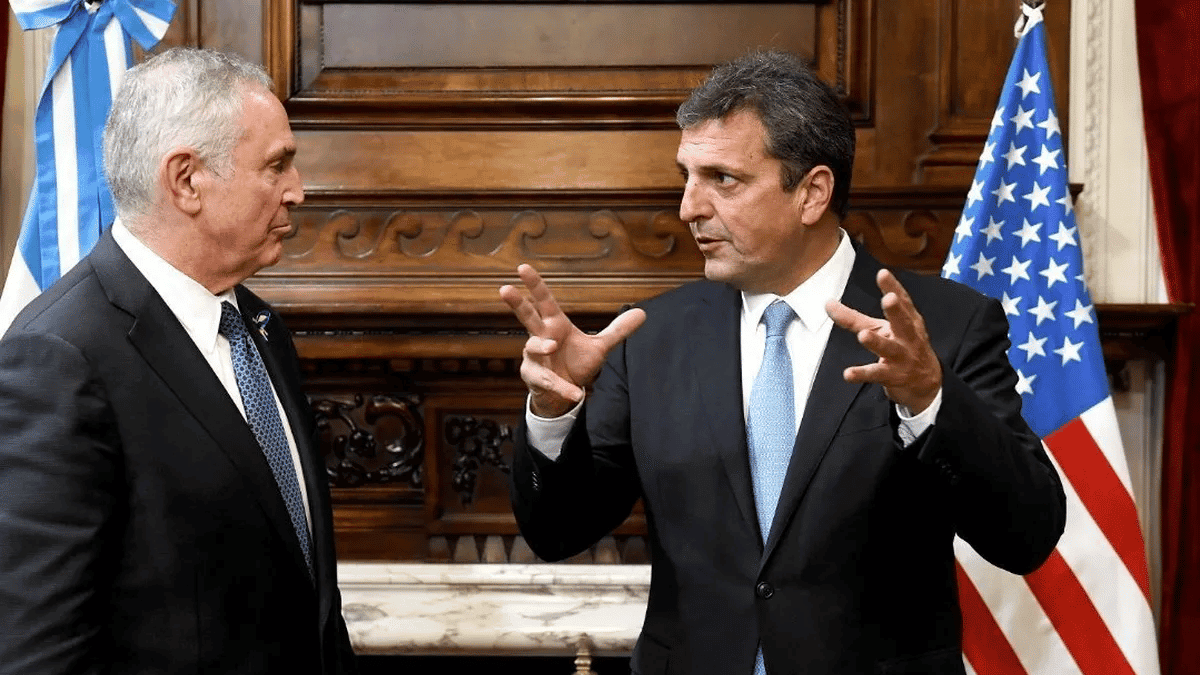 ,The US provides us with financial information on accounts declared for Argentina identifying the account holder, financial institution, gross amount of interest received or other income received in the US.”, he explained in a conversation with Radio Con Vos.

Obviously, as it’s a settlement “Tax Information Exchange” Argentine financial institutions would be required to declare the information to the US requirement.

,Also, Argentine banks are now under an obligation to declare information regarding the United States’ requirement. On the other hand, there is a series of requirements that begin with a mutual commitment to reach the same level of exchange of information and also establish the responsibility that all information is subject to confidentiality.”

Regarding the reason for the settlement, Massa defended: “We have been working since the week I took over as minister. We worked for a week in the US on several fronts: the Inter-American Development Bank, the IMF, the Treasury, the State Department and the US Congress. At the time, we said very strongly that we needed the US to prevent Argentina from becoming a tax haven for citizens who shied away from their responsibility with Argentine treasuries in accounts within the US financial system.

sergio massa He also announced that to strengthen and sign agreements with the United States, Government will send money laundering bill to Congress on the treatment of externalization regimesWhose details will be known tomorrow afternoon by sending the text by AFIP.

“We are going with them and will ask Parliament for a remedy regarding the exclusionary regime. Tomorrow afternoon we will report on the principles which we are going to send to Parliament. This will be done by AFIP and the Public Revenue Secretariat”. advertisement.

The government intends that before the December 30 deadline, Congress will act on a rule that allows between January 1 and September 30, Those Argentines who have not externalized, that is, those who have undeclared funds in the country, have the opportunity to do so.

However, it hasn’t been easy for Massa after last Thursday’s scandal in the Chamber of DeputiesThis jeopardizes the functioning of parliamentary activity. When the special session began after preparatory sessions failed due to lack of a quorum, Together for Change delegates began shouting that the session was over. “invalid”To hit their benches and went to the podium to complain Cecilia Morrow, And the situation got out of hand.

Finally, after a major scandal, the session was adjourned as a JXC legislator asked to vote on the suspension and the representatives on that bench withdrew, leaving the body without a quorum.

Although Massa, in his capacity as former president of the Chamber of Deputies and negotiating profile, could unlock conflict in the lower house, the heated situation presents him with a challenge. There are rumors that JXC will split again; PRO will not support it and UCR will. Let’s remember that Macri tried to sign and couldn’t. Despite the fact that the cambios was laundered, there were many financiers who did not launder their assets and others siphoned off a portion of their fortune. Therefore, other points of agreement There is a review of money laundering committed by the management of Cambimos during the years 2016 and 2017.

Kun Aguero: “Lautaro is going to be important at the World Cup”

From the suburbs to the United States: Laretta is already in campaign mode

France Vs. England: Qatar 2022 will burn in the fourth final

Clarins allows for the resurgence of Lawfair

The great Kylian Mbappe, who wants a two-time world championship