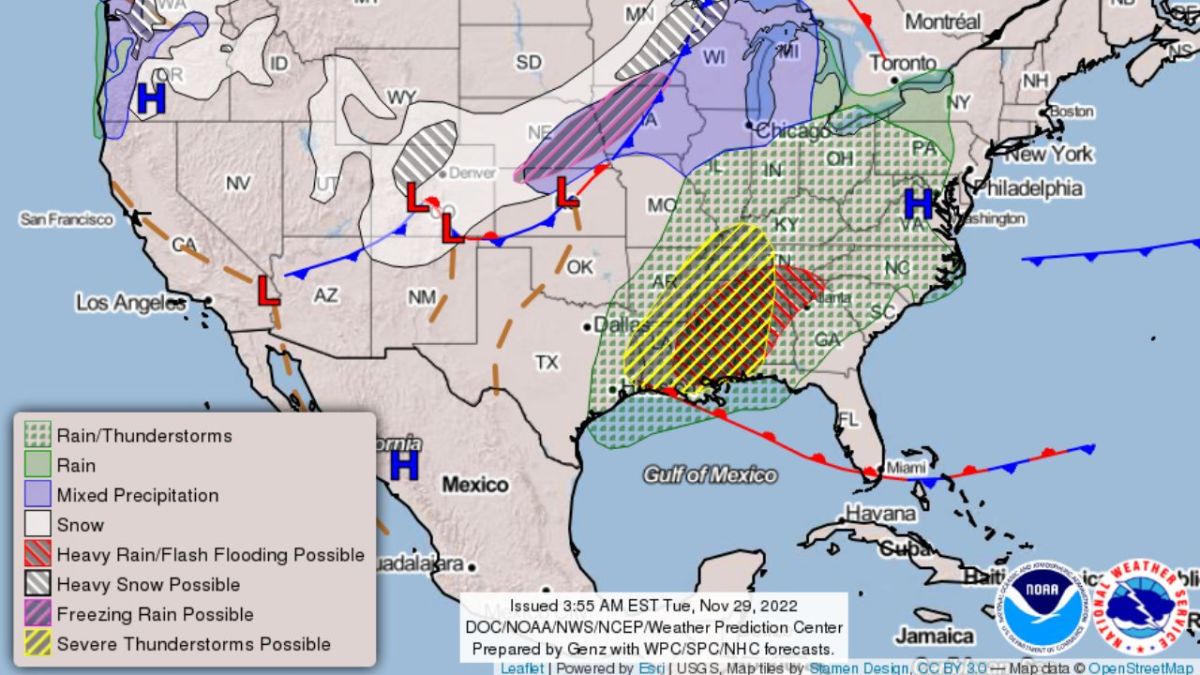 Tuesdays at 11 p.m. NOAA At least 17 tornadoes reported mainly in Mississippi and Louisiana.

a storm chaser reported sighting a tornado The National Weather Service in Jackson reported that near Highway 42 east of Basefield, Mississippi, many trees were down and accompanied by lightning.

Another tornado struck near Bywee, Mississippi around 5:15 p.m.

“We are seeing downed trees throughout that area; Homes are getting heavily damaged. “A mobile home was completely flipped on its roof,” Choctaw County Sheriff’s Office Sergeant Dillon Cates told the outlet.

“There was one house in the Sherwood community where the roof of the house was lifted, rotated 180 degrees and dropped back down on the house,” he said.

“We had a tornado about a mile and maybe about a quarter-mile wide,” Lawrence County Fire Coordinator Donnie Weeks told Fox Weather. “We had two brick houses with significant roof damage; Some cattle farms were completely destroyed.”

In Louisiana, a tornado reportedly touched down along Highway 126 near Clarks and structural damage was reported. At least two people were injured inside their homes during the storm, Karav reported.

The lower Mississippi Valley has the highest risk of tornadoes.That includes the cities of Greenville, Jackson and Tupelo, and the threat extends from the Gulf of Mexico to the Ohio Valley.

· They warn of tornadoes and hailstorms today in several US states such as Mississippi; About 40 million people are under alert
Heavy rain and high winds bring Hurricane Nicole to New York and the tri-state area; Con Edison warns of power outage