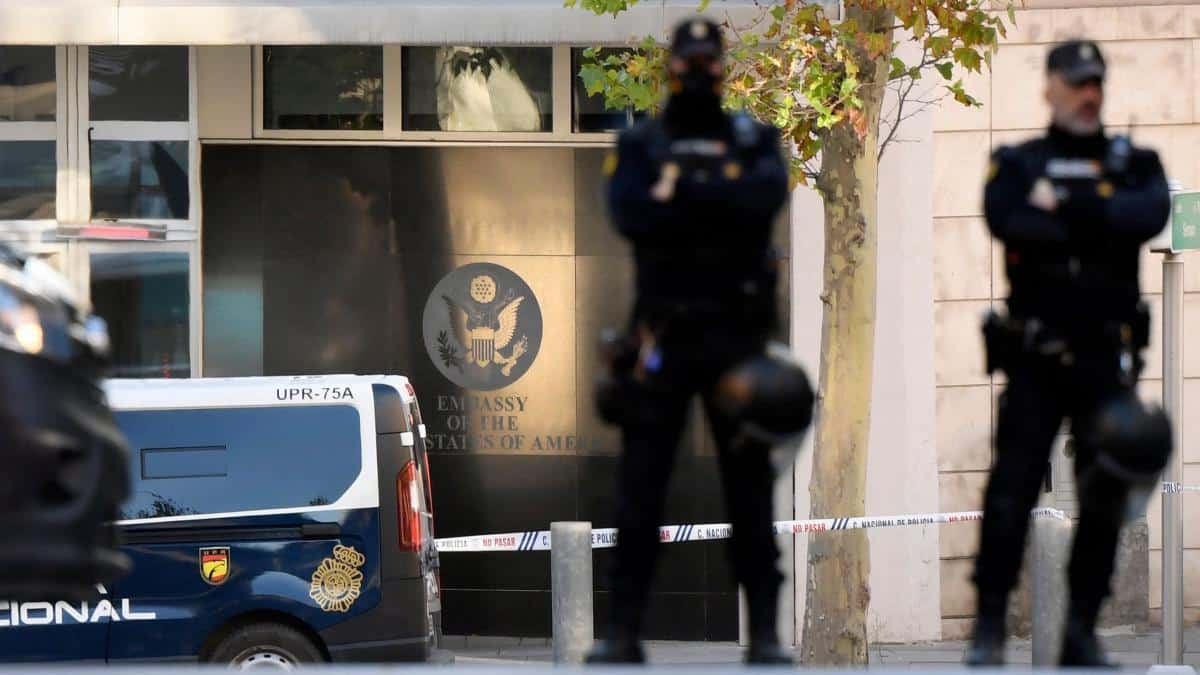 After several shipments of explosive letters to Madrid, several Ukrainian diplomatic headquarters have received “bloody packages” with animal eyes, the Ukrainian Foreign Ministry condemned this Friday, “terror and intimidation in Ukrainian embassies and consulates”. Condemned a well-planned campaign by

As published on Facebook by ministry spokesman Oleg Nikolaenko, they have been received by the embassies of Italy, Hungary, the Netherlands, Poland, Croatia and Austria, in addition to the general consulates in Naples, Krakow and Brno (Czech Republic). container “impregnated with a liquid of a specific color and with its smell”.

“We studied the meaning of this message,” explained Nikolaenko. The minister, Dmytro Kuleba, has ordered all embassies and consulates to step up their security arrangements, assuring that attempts to intimidate Ukraine “are futile” due to “not being able to stop this on the diplomatic front”.

It’s not just about the package. According to Nikolenko, the entrance gate to the residence of Ukraine’s ambassador to the Vatican has also been vandalised. Apparently they must have deposited human excreta in front of his door. In Kazakhstan, the embassy reportedly received a bomb threat, while in the United States the embassy received a letter containing an article critical of Ukraine.

“The Ukrainian side cooperates with law enforcement agencies of foreign countries to investigate all cases of threats, identify and bring those involved to justice,” Nikolaenko said.

Everything comes after an alert went off in Spain for six brown envelopes with pyrotechnic material, the shipment being investigated as an alleged crime of terrorism, from the government’s president, Pedro Sánchez, to the defense minister, Margarita Robles. Furthermore, for the US and the Ukrainian embassy in Madrid, Spain’s support for Kyiv in the war was interpreted as a clear intimidating message.