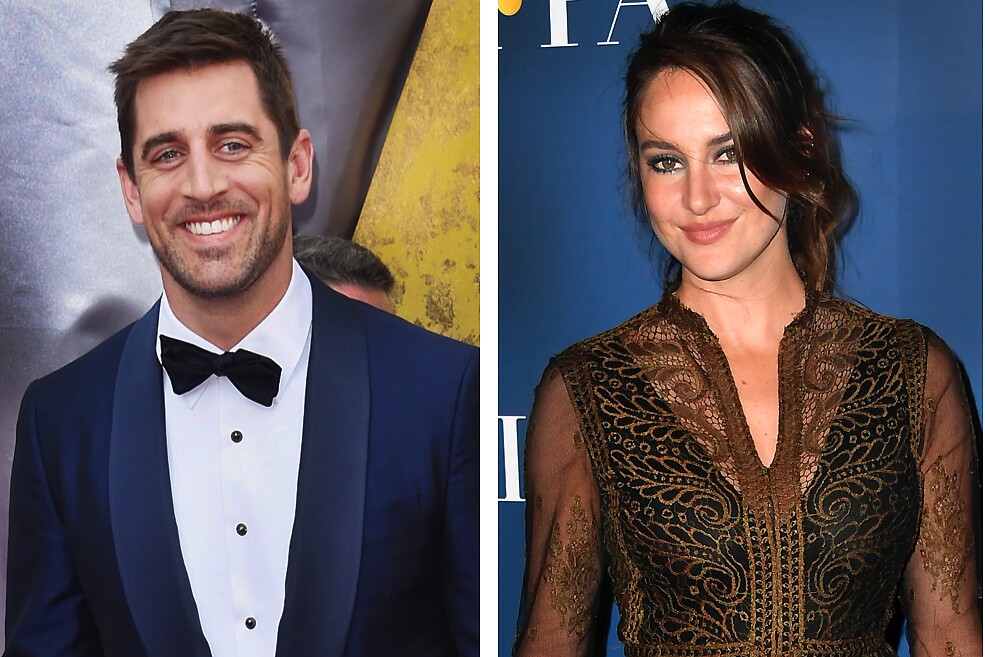 Aaron Rogers got a lot of media attention after it was revealed last week that he had not been vaccinated against COVID-19, although he told reporters in August that he had been “vaccinated.”

Now, Shailene Woodley’s fiancée is defending him from at least one Daily Mail article, which allegedly featured paparazzi photographs of a masked athlete drinking coffee on Monday in Brentwood.

According to the Big Little Lies actor, the guy in these photos was definitely not her quarterback beau. Not even close. A quick check of the Daily Mail website reveals that the photos have been removed.

And let’s hope that the identity of the “rando dude” – as Woodley called him – never goes public, as she’s gotten a little personal in her comments.

“You literally need to calm down, damn it. this is downright WELCOME, ”Woodley said Tuesday in her Instagram Stories, overwriting screenshots from the article. “News outlets are STILL grabbing at straws to humiliate Aaron. find random fucks on the streets of Los Angeles and say it’s him.

The 29-year-old then clarified by writing, “I know Aaron’s body VERY well. first, his legs, ahem and don’t be offended by this rando dude, MUCH bigger, ”and ending with a winking emoticon. She had a lot of pink arrows pointing to her legs, in case someone didn’t know which legs she was on.

“Also, for those of us who know Aaron outside of the world of sports and media obsession,” she continued on another photo, “it’s no secret that he has the hairiest hands on the planet. this inattentive friend obviously doesn’t. (come on, zoom in). “

Woodley confirmed in February that he and Rogers were engaged.

Finally, back on Instagram, she wrote in the photo of the dark-colored sedan: “Nice car dude, but Aaron will never drive this.”

“I walk to the beat of my own drum,” the 2020 NFL MVP said on Friday at The Pat McAfee Show. “I strongly believe in bodily autonomy and the ability to make choices for your body, rather than agreeing with some awakened culture or crazy group of people who say you have to do something.”

Rogers said he was allergic to any ingredient in the Pfizer and Moderna vaccines, and that his medical team advised him that “the risk I would be exposed to side effects” from the Johnson & Johnson vaccine was “higher than the risk of getting sick. COVID and Convalescent. “

The 37-year-old also said he was not “some kind of flat-earth opponent.” I am a critical thinker. “