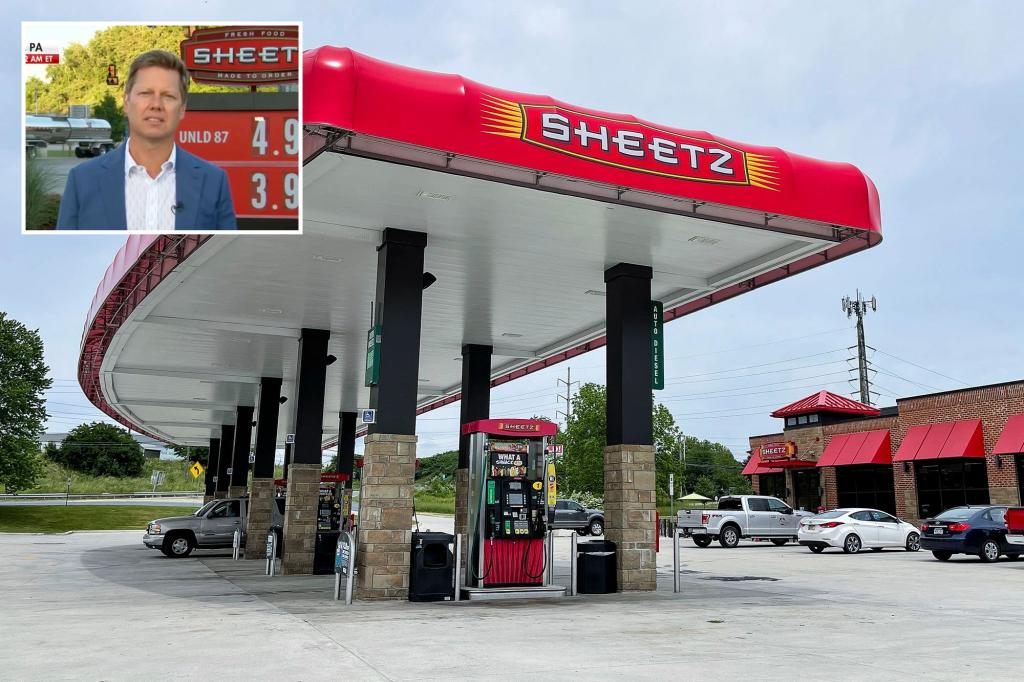 Family-owned convenience store chain Sheetz is slashing prices at the pump before July 4. President and CEO Travis Sheetz said the holiday weekend was a great opportunity to provide some financial relief to travelers.

Travis Sheetz said Wednesday on “Fox & Friends” that Americans with “light duty” vehicles produced in 2001 or newer can take advantage of subsidized unleaded gas while flex-fuel vehicles can use E85.

After the national average hit $5 per gallon in mid-June, President Biden called for a gas tax holiday that would last until September. Biden’s plan would suspend the federal gas tax and save Americans 18 cents per gallon for nearly three months.

Sheetal said he has seen for the first time the “major effect” that high gas prices have had on families, ultimately affecting their family business as well.

“High gas prices are not good for gas retailers because people tend to spend more on gas, and therefore have less disposable income to spend on other things,” he said. “It’s hard for everyone.”

A national spokesperson for AAA called the extended period of record-high prices “unprecedented” and warned that prices could remain high during the summer as the war in Ukraine continues.

However, Sheetz said politics and foreign issues played no role in the decision to lower prices over the holiday weekend.

“It was something we wanted to do,” he said. “It was just an opportunity, we thought, to give back and spread some awareness about these alternative fuels that we think are great options for people.”

Dollar vs Inflation: Which to Invest in?

24-karat gold: the key to protecting our savings

Cryptocurrency Regulation Increases in the US: “Tornado Cash” Goes on the Blacklist

Do you have to reserve dollars?: It costs rent per month