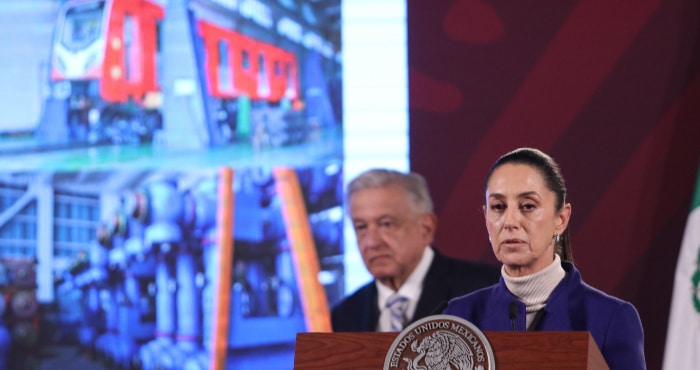 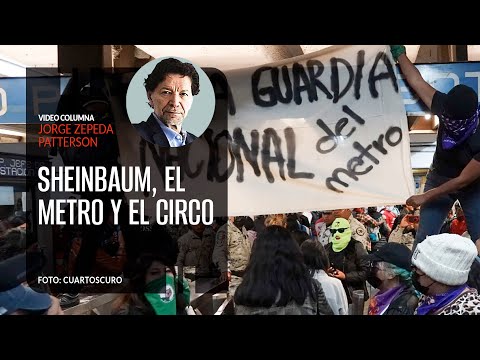 How much is the political lynching against Claudia Sheinbaum due to Metro’s failures, some with tragic consequences, and how much is to her administration’s incompetence?

Trying to make sense of what is happening is impossible if we do not recognize that the information and analysis being circulated is tainted by political polarisation. The opposition, and a large part of the media, seem determined to ensure that the casualties charge the highest possible bill for the clear favorite in succession. 4T’s government, for its part, is clearly interested in doing damage control and reducing that bill. There are certainly hard facts and data, however wrapped up in propaganda from both sides.

The opposition’s criticism focuses on two arguments: one, the accidents are the result of operation and maintenance problems resulting from budget shortfalls; and two, there is administrative negligence or operational problems as resources and attention are focused on other activities, including the pre-election campaign, which unfolded on the day of the tragedy on Line 3 of the metro, which surprised her on a trip to Morelia. , as part of his weekend tour schedule across the country. In another moment, the authorities’ response to the crisis generated two additional arguments from critics: the thesis that intentional acts (the word sabotage was not used, but it was implied) was an irresponsible smokescreen to justify the accidents; And mobilizing the GN was a media gesture that did not solve the problem and led to the militarization of a public service.

How much truth is there in all this? First budget. In nominal terms, it is false that it has decreased during the six-year period, although the data is not as clear as the authorities would like. In the government’s first year, 2019, the figure allocated to the Metro, 17.2 billion pesos, represented an 11 percent increase compared to the previous year of Miguel Mancera’s six-year term; However, in reality, the numbers are expected to decline in 2020 and 2021 as a result of the pandemic, when the annual flow of passengers was significantly reduced (on average by 40 percent in the first year). But in 2022 the budget reached a historic level with 18.8 billion pesos and increased to 19.7 thousand by 2023, that is, 4.6 percent of the previous year. Nominally speaking, the criticism of an alleged “low budget” is not correct. However, there is more than one plausible angle. A report from the México Evalúa organization indicates that the special items for maintenance have been prudent and in some years below inflation. In Miguel Mancera’s last year, maintenance expenses were 873 million (although the graph uses a comparative basis for the last, which was indeed unusual) and Sheinbaum’s were 851 (2019), 365 (2020, year of the pandemic), 971 (2021) and 904 (2022). In short, in budgetary terms it is wrong that criminal abandonment has occurred, but one can certainly wonder if in the face of an aging transport system, the resources allocated for maintenance have lived up to the demands.

And yet, it’s not an entirely accurate allegation either. One might be tempted to see Sheinbaum as an administration that devotes basic resources to maintaining operations, but disdains the long-term wear and tear that will eventually lead to greater evils. However, this would force us to ignore the most ambitious renovation project ever undertaken, completely refurbishing Line 1, the oldest of the metro, at a cost of 38 billion pesos, double the annual budget of the entire subway.

In this sense, the second criticism that maintains that the vulnerability that the metro is now displaying is the result of the head of government’s preoccupation with pre-electoral tasks can hardly stand up. The cause-effect relationship is absurd because there is a responsible officer and delegation of functions; However in a broad sense, and particularly in the political context, there is concern about the fact that public officials divide their time between activities that they would have to do at some other time. In more ways than one, this is a wake-up call. In another text I indicated that the best pre-campaign Sheinbaum could do in the face of his presidential aspirations lies in showing complete dedication and professionalism to the responsibility entrusted to him by the voters.

Is the suggestion of the possibility of sabotage a political invention to twist a media coup or a credible explanation of the possible origin of at least part of the accidents and shocks? It is impossible to know at this time. Sheinbaum revealed some irregularities in recent days whose frequency and nature go beyond “expected” anomalies. It’s not crazy: it’s no secret that political and union causes keep a pulse with the administration, not to mention the many interested parties on public view to derail the favorite of the National Palace. not mentioned. The rapid appearance of violent hooligan gangs claiming to protest against militarization tells us something. However, resorting to sabotage as an explanation, as the authority does, is reckless if investigations do not confirm it and, above all, if accidents continue despite police and intelligence safeguards.

And what about the National Guard? As critics point out, tracking the route of trains and passengers will hardly solve the problem if the events have anything to do with Metro’s guts. It has been said that there are other actions besides GN that work inwards. López Obrador justified the military by saying that it was there to give the people a sense of security. And indeed, emotions are fed by perceptions and I have no doubt that the presence of (unarmed) guards would be welcomed by most passengers. But politics is also about perceptions, and with this measure the president throws a bow at Sheinbaum, as it sends a message to all users that the problem is the product of those who lurk, which will make the official a victim.

What will be the political impact of all this? This is what the pre-candidate position will say in the next round of voting intent polls. Though an even more drastic and sinister measure would be: figure out “incidents” in the coming months, and hope that tragedy doesn’t happen. In the meantime, let us stick to the facts, being aware that all this is a show on the part of political and media actors. @jorgezepedap

He is a journalist and author.