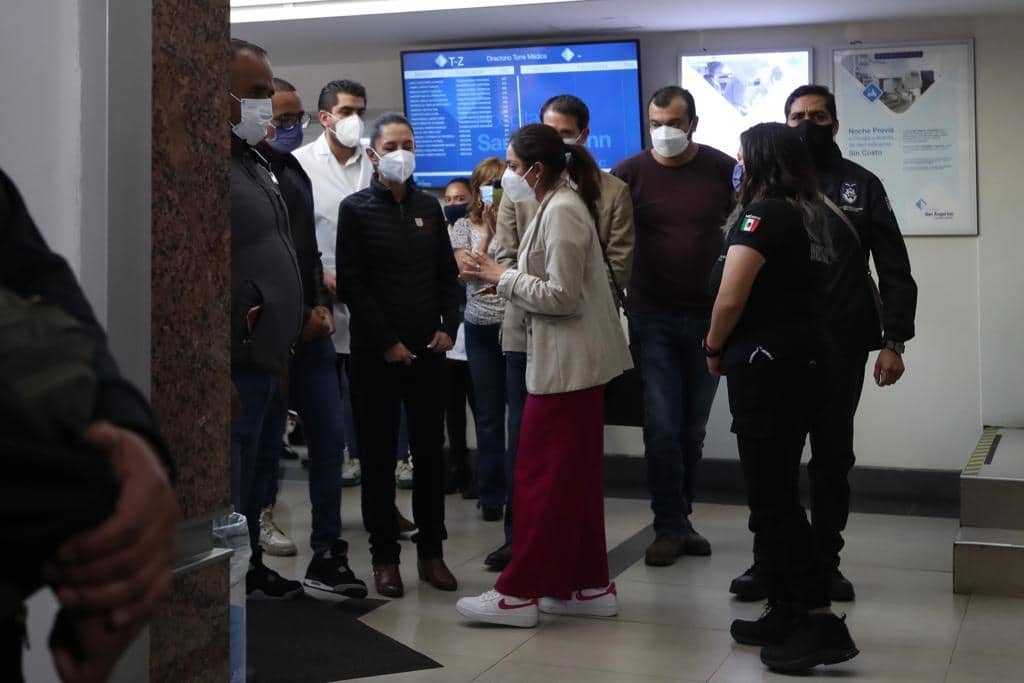 Mexico City. Head of Government Claudia Sheinbaum reported that none of those injured in the crash on Line 3 of the Metro Collective Transportation System were in serious condition and affirmed that all help and support would be provided to the injured and their families.

After visiting the San Ángel Inn Chapultepec hospital, he remarked that the cause of the accident in which a young woman died would be in charge of the Attorney General’s office.

He said he met the driver who was injured, presenting hip and leg injuries, who had to be rescued between the bent iron.

He remarked that of the 41 people who were admitted to San Angel in Chapultepec Hospital, 26 have already been discharged and most of them were accompanied to their homes by a public servant.

He urged that “if someone has not received the attention of the city government, please call Locatel so that we can give them the full attention.”

Three people will undergo non-serious surgery at the hospital at the San Ángel Inn Chapultepec: some on the elbow, hip and tibia and fibula of another woman, he said.

“I interviewed several of them,” he remarked, explaining that some patients had the studies he requested.

“All the support from the hospital, the insurer is here, but apart from that the civil servants of the city government are taking care of everyone,” he said.

He remarked that at the end of the tour of the hospitals where the injured are located, he will focus on the C5 facilities.

“As I said, the first thing is to attend to the victims,” ​​he insisted.

Zoey Robledo, general director of the Mexican Institute of Social Security (IMSS), reported that passengers injured in the subway this morning were transferred to the Magdalena de las Salinas hospital, who are stable.

Through his social networks, he explained that the IMSS works in coordination with the head of government, Claudia Sheinbaum, and Marty Buttres, secretary of the government of the capital. On his Twitter account, he explained: “Following the incident at the CDMX Metro, patients who arrived at Magdalena de las Salinas Hospital are in stable condition. We are working in coordination with Dr. claudiashine why ,Secretary of the City Government”.

According to a list of the injured released by Mexico City’s Command, Control, Computing, Communications and Citizen Contact Center, only a 23-year-old woman is reported to have been transferred to the said hospital.