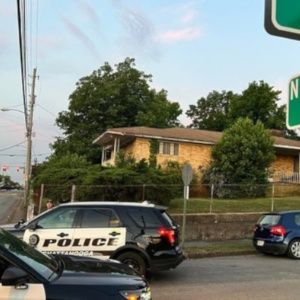 At least three people were killed and 17 others were injured in a shooting near a bar in Chattanooga, Tennessee, in the eastern United States, early Sunday morning, police reported.

New shooting in the US; at least three dead in Philadelphia

According to Chattanooga police, 14 people were shot and three victims who were trying to flee the scene were struck by vehicles.

At a press conference, local police chief Celeste Murphy indicated that two victims died of gunshot wounds and another died of injuries sustained after being hit by a vehicle.

Some folks were hit by cars as they tried to flee, which accounted for one of the deaths.

This is the 2nd shooting in the city this week.#GunOwnersForSafety #GunControlNow

“We are trying to determine exactly what happened and what led to this taking place,” he said.

“We extend our condolences and our thoughts to the families who are experiencing this today,” he added.

Officers believe there are multiple shooters involved in the incident, but say there is no threat to public safety at this time.

McCallie Avenue will remain closed for several hours as officers continue to investigate what led to the shooting.

Earlier in Philadelphia, at least three people were killed and several wounded in a shooting at one of the city’s main entertainment areas.

Video: Owaisi said this immediately after taking the first dose of Corona vaccine