shot his girlfriend in the head and then took his own life; It happened in the bar “El Aterijje” 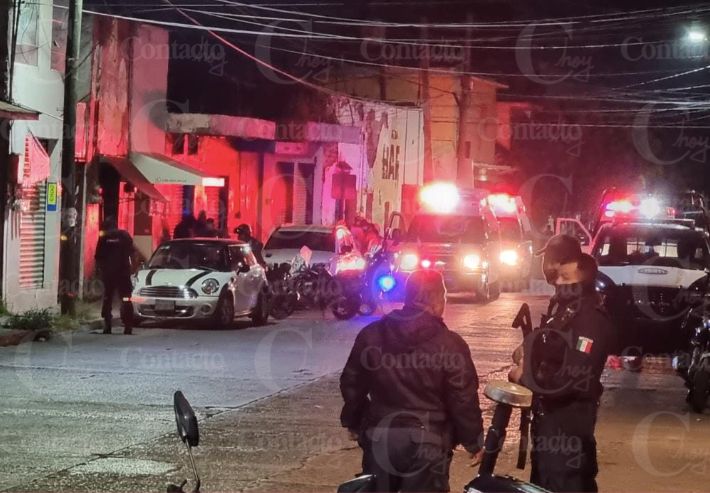 TEPEHUANES, DGO.-A young woman is in very serious condition after being wounded in the head by a gunshot wound by her accomplice, a man twice her age; After assaulting her, he took his own life inside a bar in front of several witnesses.

The injured woman, who was taken from Tepehuanes to the city of Durango, is 23-year-old Bricida Ayala Rodríguez, who suffered a head injury. She is originally from the city of Las Cebollas in the said municipality.

Whereas the deceased is Francisco López Navar, 46 years old, originally from the city of Quebrada Onda in the above demarcation.

According to available information, the incident took place in front of several witnesses inside a bar called “El Eterizaje”, located in the head of Tepehuanes. It is around 02:00 PM this Saturday.

The couple began to argue and at one point, Francisco pulled out a shotgun and shot Bricida, wounding her. He then shot himself in the head and died on the spot.

Mexican Red Cross personnel rushed to the scene to provide immediate care to the young woman, who was taken to Santiago Papasquiero Hospital for stabilization. There they decided on an immediate transfer to General Hospital 450, where it starts this Saturday.

The remains of the deceased were taken over by the Forensic Medical Service, which is examining the facts in detail to establish what really happened.