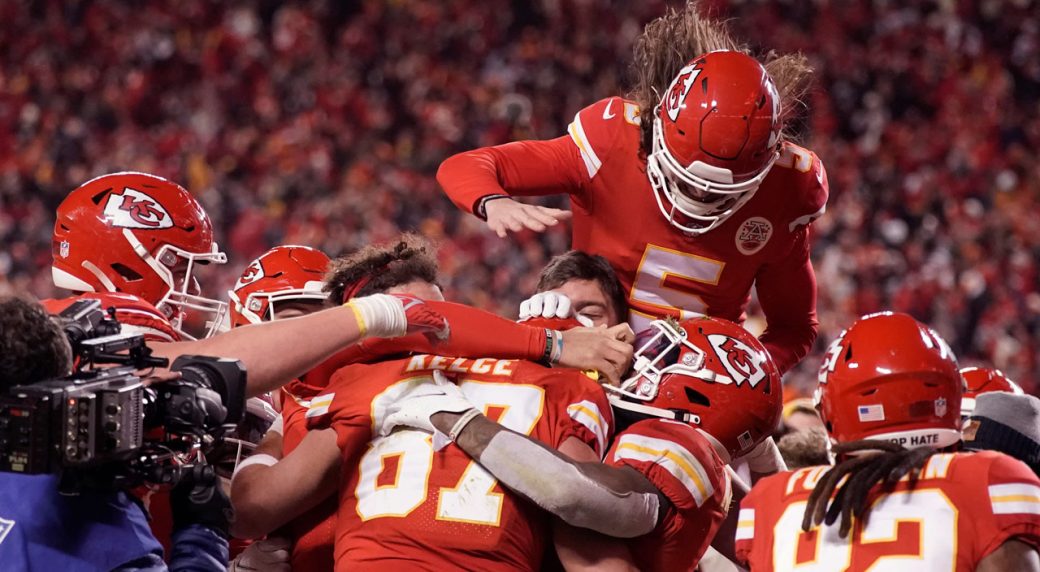 NFL fans were treated to an instant classic to close out the divisional-round schedule as Patrick Mahomes and Josh Allen provided the backdrop for the game of the year.

The game had multiple lead changes in the final moments and a dramatic ending with Mahomes finding Travis Kelce in the endzone for the game-winning score.

Unfortunately, the duel between Mahomes and Allen was overshadowed by the fact that the Bills quarterback sat on the bench and did not get the chance to touch the ball in overtime.

For those unfamiliar with the NFL’s overtime rules, the team who wins the coin toss and elects to receive it can win the game by scoring a touchdown on the opening drive. The other team only gets a chance to respond if there is a field goal or no points scored.

Read Also:  'They came to intimidate us': Calgary MP speaks out following protest outside his home | Globalnews.ca

Since the Chiefs won the coin toss and scored, Buffalo’s season was over and many fans were left frustrated with the fact that Allen couldn’t respond.

Of course, this kickstarted the debate about whether the league needs to consider changing the rule once again. Many pointed to the fact that the CFL and NCAA allow both teams to get the same number of offensive possessions and the period continues until there is a winner.

Now it looks like Mahomes vs. Allen represents the next great rivalry with Sunday’s game being the next chapter.

Read Also:  MP bill that would prevent governors-general from receiving pensions and benefits unless they serve their full term

The entire game, Allen and Mahomes went back-and-forth with 25 points being put up in the final two minutes.

For Chiefs fans, they were reminded why Mahomes was handed a 10-year, $450-million contract.

With 13 seconds left, Kansas City needed to get into field goal range which would seem like a near-impossible task. However, for Mahomes, that’s all he needed to get in position for Harrison Butker to kick the tying field goal.

All in all, this weekend represented a great slate of games for the NFL and more anticipation for next week’s conference championship games that will determine the matchup for Super Bowl LVI in Los Angeles.