SIDS Is Still a Tragic Mystery, Despite Claims the ‘Cause’ Has Been Found 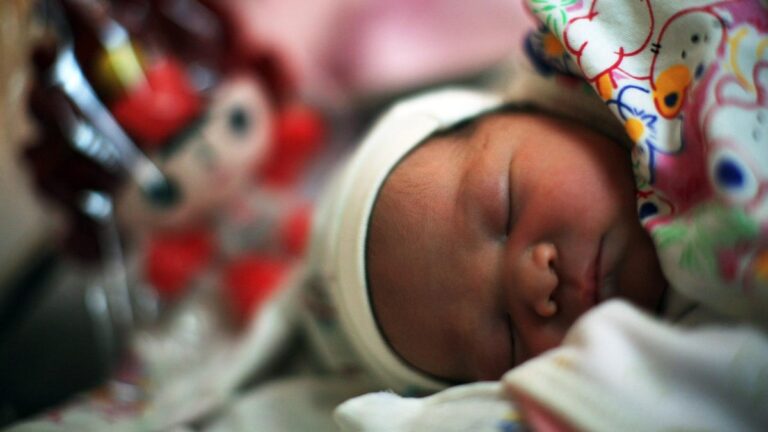 Last week, numerous headlines and social media posts declared that scientists had finally found the “cause” of Sudden Infant Death Syndrome (SIDS). Unfortunately, the reality is a bit more complicated. While the research could one day lead to important discoveries in predicting or treating this devastating syndrome, the findings aren’t as game-changing as they were originally portrayed—at least not yet.

The study was published earlier this month in the journal eBioMedicine. Researchers in Australia compared infants believed to have died of SIDS to control groups of living infants and infants who died of other causes, using blood samples taken from newborns as part of a screening program. SIDS is The by the unexplained death of a child younger than one, often while sleeping. The team looked at total levels of protein along with an enzyme called butyrylcholinesterase (BChE).

Among other things, BChE plays a role in regulating the autonomic nervous system, the nerves that unconsciously manage many bodily functions, including breathing and heart rate. Many researchers, these authors included, theorize that a dysfunction in the autonomic system could be an underlying cause of SIDS. If so, they further speculate, then lower-than-normal levels of BChE could be a sign—or even a possible trigger—of this dysfunction. And sure enough, the team found that children who died of SIDS had noticeably lower levels of BChE soon after birth than controls.

The first media headlines on the study heralded it as having pinpointed the “reason why infants die from SIDS.” Soon, Twitter users were describing the study as having found the true cause of SIDS. But while this discovery is important, its findings have been overhyped and mischaracterized, according to Jonathan Marron, a bioethicist at Harvard Medical School. Marron is not an expert in SIDS specifically, but he is also a clinical pediatrician and researcher.

“Science progresses incrementally. This study is an interesting and promising development for a devastating and poorly understood entity, SIDS. It is not, however, a magic bullet, nor can we say today that we are sure that we have found the cure for SIDS,” Marron told Gizmodo in an email.

G/O Media may get a commission

Every study comes with its limitations, and this one is no exception. For one, the sample size is very small, with only 26 infants who died from SIDS included in the study. SIDS is thankfully a rare condition, so the numbers are understandable, but it does mean that any findings should be viewed with added caution until they’re validated with further research. The study also only found an association between BChE levels and SIDS, not an established cause-and-effect relationship. Low BChE may very well be a signal or driving trigger of SIDS risk, but this research alone can’t tell us that. And even if this connection is every bit as crucial as we hope, it would still take years to take advantage of it, such as by finding a safe treatment that could increase BChE levels or otherwise prevent SIDS.

Marron notes that the authors of the study, while understandably excited about their work, were more cautious about the implications of their research than the early headlines and subsequent social media chatter surrounding it.

“I’m not sure of the cause for this—it could be an example of those writing the media reports not understanding the work and its limitations, but it might also be a representation of the fact that sensational stories and sensational headlines drive clicks, Marron said. Later articles have since been more open-eyed about the study’s caveatsand at least one early article has since been updated as well.

It probably wasn’t just sensationalism or poor science literacy that drove the early coverage of this research, though. SIDS has historically been involved plenty of stigmatization, with parents—particularly mothers—often being blamed for the deaths of their children. Other times, life-saving interventions like childhood vaccines have been scapegoated by antivaxxers and a supportive or gullible media. In many of the tweets discussing the research, there was a common theme among readers hoping that this stigmatization would finally die down, since the “true cause” turned out to be something completely out of anyone’s control.

“We are uncomfortable with uncertainty—maybe even more so when it comes to something so significant and heart-wrenching as a child’s death. Finding a single cause, a single answer, for this is then appealing,” Marron said. “It’s understandable that people would be thrilled to learn that scientists had found the cause for SIDS.”

Another compelling part of the narrative is that the study’s lead author, Carmel Harrington, lost her own infant to SIDS. And it was this tragic loss that motivated her research focus. (Gizmodo has reached out to Harrington for comment, but has not heard back as of yet.)

Harrington and her team’s work could still be as monumental as the early headlines proclaimed it to be, some day. Even if we do find a clear cause of SIDS, though, it wouldn’t necessarily change the advice that new parents routinely get on how to lower the risk of SIDS for their children. Importantly, research has shown that safe sleeping practices, such as keeping infants on their backs and avoiding overheating, can reduce the risk of SIDS. And following public health campaigns that focused these practices and other tips starting in the 1990s, annual rates of SIDS in the US and elsewhere have continued to fall over time.

Of course, this is hardly the first piece of science to be overhyped by journalists or misunderstood by readers. While no one is ever fully immune to bias, this episode should remind people to keep a skeptical eye on splashy science news headlines and to make sure they’re getting the larger context of the research in question. Journalists should always be careful about what they’re putting out into the world, Marron notes.

“I hope that journalists will recognize the responsibility they have and the influence they can have on the public,” he said.